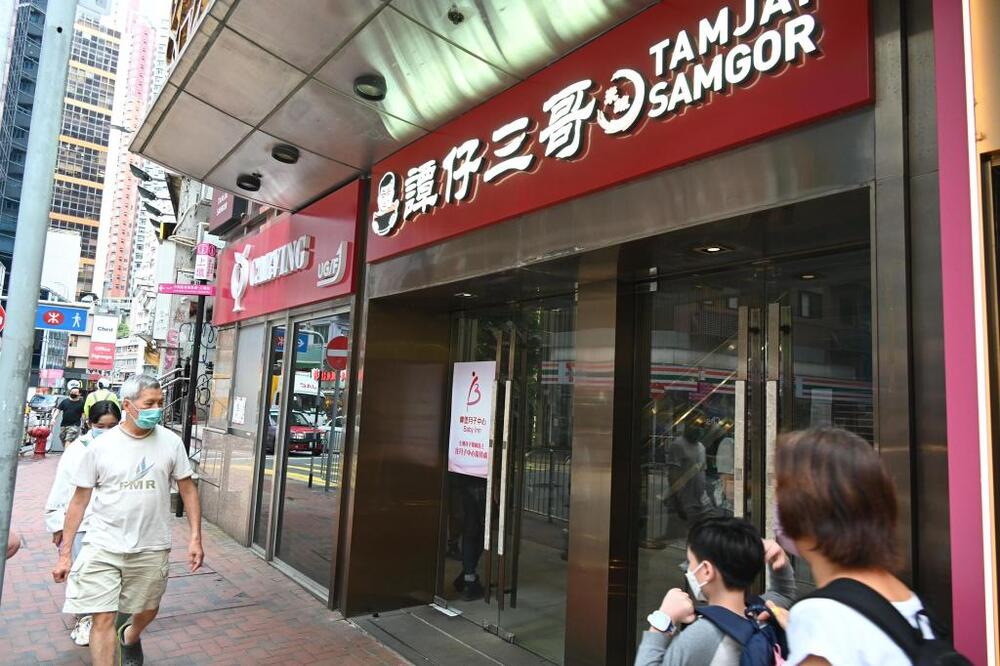 TamJai SamGor Mixian in Sheung Wan reported a new outbreak on Thursday, as Hong Kong reported 291 new Covid-19 cases.
Among the new cases, 116 were confirmed PCR tests, and 175 were positive rapid antigen test results reported by citizens. The Centre for Health Protection’s principal medical and health officer Albert Au Ka-wing said the tally of the fifth wave of the pandemic now has been around 1.197 million.

Au also added 38 imported cases, including 22 detected at the airport. Fourteen patients were identified at designated quarantine hotels or hospitals.

A new infection cluster broke out at TamJai SamGor Mixian in Sheung Wan, involving five cases aged 26 to 57 who visited the restaurant on May 13 from 4.30pm to 6pm. All the patients have received booster jabs.

The five were initially understood to dine in at five different tables alone or with friends. People who have eaten with them at the same table will be arranged to quarantine. The exact number of diners at the restaurant will be investigated.

Four of the five cases did not know each other but had attended a class at Benchmark at West Exchange Tower in Sheung Wan.

Health authorities suspected that some students in the class may have taken off their masks and ordered all those who had presented at the premise at the same time as the cases to undergo compulsory testing.

Apart from the four, Benchmark reported another confirmed case who did not go to the noodles place and developed symptoms on May 16. The authorities are now looking into the origin of the outbreak.

Seventeen positive cases were reported by 16 schools, involving 15 students and two staff members in four kindergartens, eight primary schools, and four secondary schools. In addition, one of the primary schools reported two cases who were siblings.

Hospital Authority’s chief manager for quality and standards, Lau Ka-hin, reported one more death, pushing the city’s death tally to 9,153. The deceased patient was a 91-year-old woman who was an elderly care home resident and had no vaccination record.