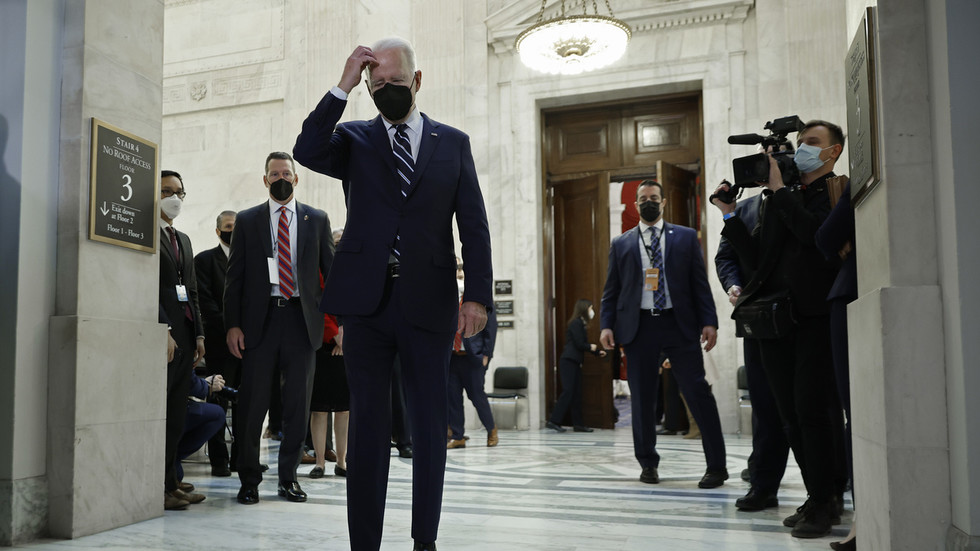 Half of the respondents in a new CBS poll released Sunday said they are “frustrated” and “disappointed” with Biden’s first year in office. Another 40% said his presidency makes them “nervous.”

Only 25% said Biden sitting in the White House made them “calm” or “satisfied,” with the Democrat leader’s overall approval rating in the poll sitting at 44%.

Biden has continuously faced falling poll numbers during his first months in office as his administration struggled to respond to multiple crises like the Covid-19 pandemic and global supply chain issues. The president has also found himself at a standstill with his party on bills aimed at issues like election reform, as a slight hold on the Senate has been threatened by several Democrats showing opposition, including Sens. Joe Manchin (D-West Virginia) and Kyrsten Sinema (R-Arizona).

A majority of those polled disapproved of Biden’s handling of numerous issues, such as the economy, the Afghanistan withdrawal, and immigration. Inflation, however, is a top priority for Americans with 70% saying an improvement on rising costs in multiple industries and record inflation would improve their view of the president.

The administration’s struggles appear to be bleeding into how Americans view the direction of the country itself, with 75% of respondents in the CBS survey saying the US is doing “somewhat” or “very badly” at the moment.

Other recent polling has spelled similarly bad news for Biden. A Quinnipiac University survey released last week showed him with a lower approval rating than his predecessor Donald Trump at the same time during his presidency, with only 33% support for the Democrat.

CBS’ survey was conducted among approximately 2,000 US adults, and the results are said to have a margin of error of 2.5%.
#Donald Trump  #Afghanistan  #Joe Biden  #COVID-19  #Covid
Add Comment