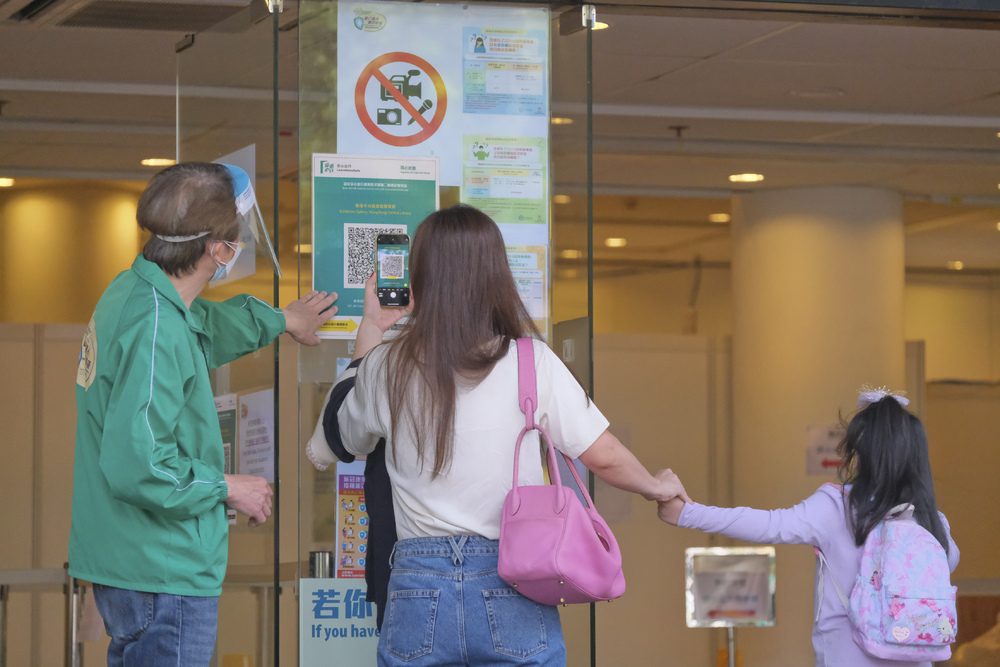 New LeaveHomeSafe QR code for recovered Covid patients in use

Citizens recovered from Covid-19 but who have yet to receive their booster jab can now add a new designated QR code into the LeaveHomeSafe app on in their phones for use when entering premises.
The app was updated on Tuesday morning and citizens can obtain the QR code through government's eHealth platform or visit the government's website for electronic vaccination and testing record system (www.evt.gov.hk/portal/en/).

For citizens who already have an account for the eHealth platform, they can obtain the QR code on the platform directly.

For other non-users, they need to visit government's website to obtain their recovery record. They have to enter personal information including ID card number, the card's issue date, and the month they were infected or discharged from hospitals.

They can then download the recovery record and save the record to their mobile device.

About 1.2 million citizens have been infected and the latest vaccine pass arrangement exempts patients from receiving the next dose of Covid vaccine in the six months following their recovery.

The arrangement was amended in mid-March as the government pushed forward the third stage of the vaccine pass scheme from the original June 30 by a month to May 31. Citizens at that point must have received their booster jab before they enter specified premises including restaurants, shopping malls, fitness centers, beauty parlors and cinemas.

The government also shortened the waiting interval between the second and third dose of vaccine from nine months to six months.

The updated arrangements soon drew the attention of the public questioning how the case of recovered patients will be dealt with, after health experts said the infection itself counts as a “natural jab.”
#COVID-19  #vaccine  #Covid
Add Comment