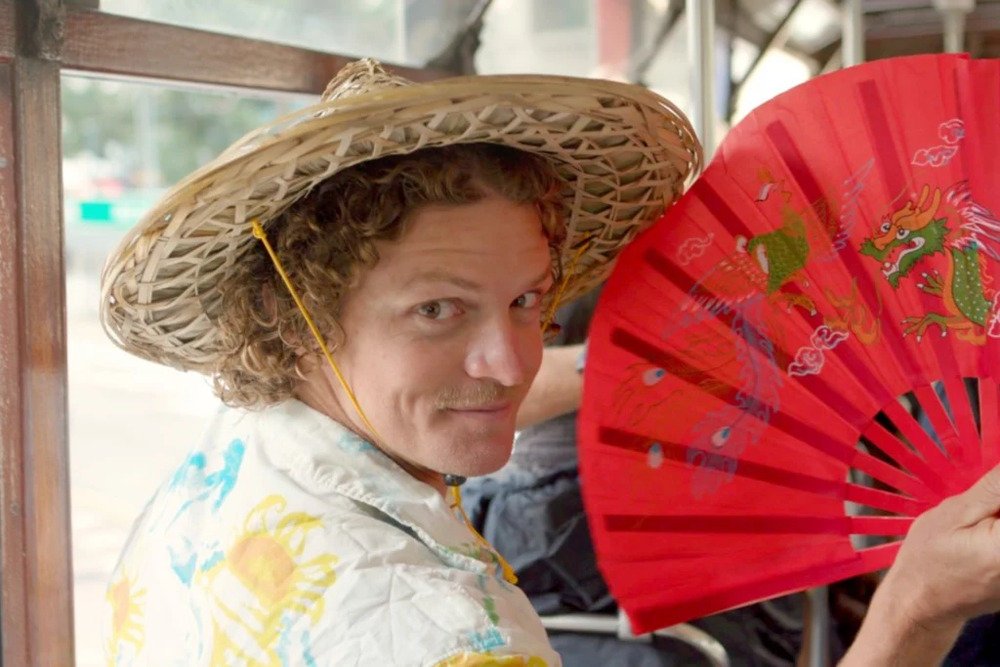 Hong Kong has sought the help of Australian former rugby star Nick "Honey Badger" Cummins to lure visitors back -- albeit it using footage filmed before the Covid-19 pandemic, when masks were not compulsory.
The city's tourism industry has been all but wiped out by pandemic border controls that have left it internationally isolated.

The Chinese finance hub is gearing up for what it is billing as a grand reopening in early November, to coincide with the Rugby Sevens tournament and a banking summit.

But the Hong Kong Tourism Board's latest campaign has raised eyebrows for the picture it paints of a city absent many strict pandemic curbs that -- unlike in much of the world -- are still in place.

"I can't wait for Aussies to explore Hong Kong like I have," Cummins enthused in the press release announcing the ads.

But face masks, which remain compulsory in Hong Kong for virtually all public settings, were nowhere to be seen in the ads, as neither was there any sign of the ubiquitous app used to scan entry into venues.

One of the restaurants Cummins visits, a once-legendary establishment called Tung Po, was shut down by city officials just last month over a tenancy dispute.

A Tourism Board spokesperson told AFP the videos were shot in January 2020 and came with a disclaimer that "scenes and visuals in all promotional materials were made for advertising and creative purposes only".

But visitors are still not allowed to enter bars or restaurants for the first three days and must undergo multiple coronavirus tests.