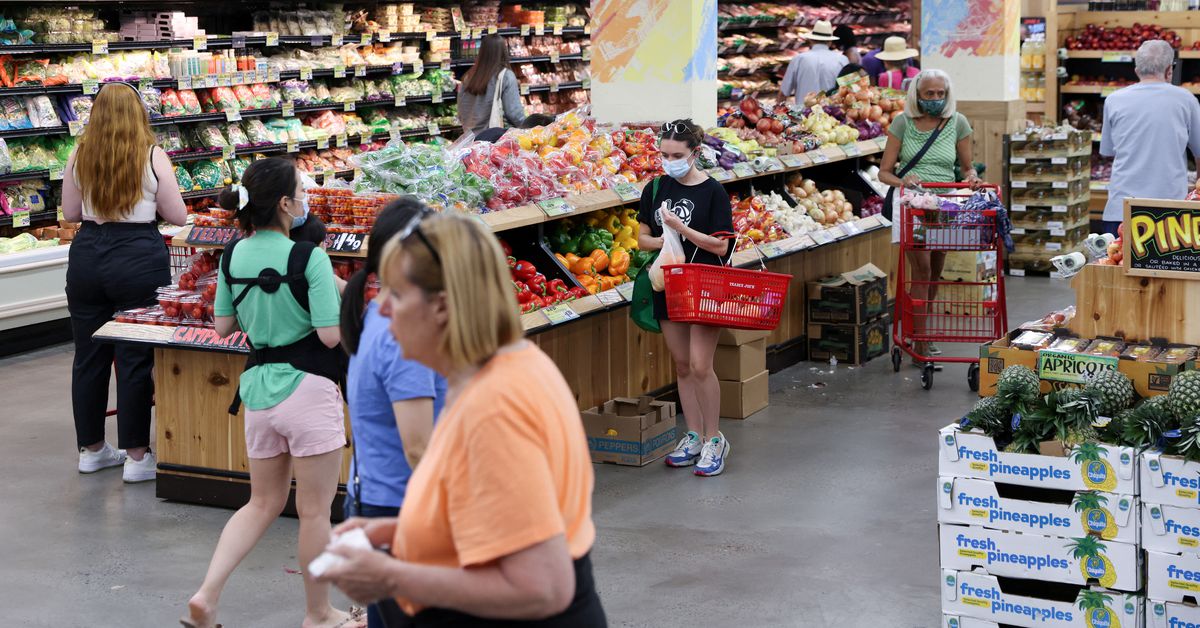 Just over half of the 50 U.S. states are exhibiting signs of slowing economic activity, breaching a key threshold that often signals a recession is in the offing, new research from the St. Louis Federal Reserve Bank report said.
That report, released Wednesday, followed another report from the San Francisco Fed from earlier in the week that also delved into the rising prospect that the U.S. economy may fall into recession at some point in coming months.

The St. Louis Fed said in its report that if 26 states have falling activity within their borders, that offers “reasonable confidence” that the nation as a whole will fall into a recession.

Right now, the bank said that as measured by Philadelphia Fed data tracking the performance of individual states, 27 had declining activity in October. That’s enough to point to a looming downturn while standing short of the numbers that have been seen ahead of some other recessions. The authors noted that 35 states suffered declines ahead of the short and sharp recession seen in the spring of 2020, for example.

Meanwhile, a San Francisco Fed report, released Tuesday, observed that changes in the unemployment rate can also signal a downturn is on the way, in a signal that offers more near-term predictive value than the closely-watched bond market yield curve.

The paper acknowledged its findings are akin to those of the Sahm Rule, named for former Fed economist Claudia Sahm, who pioneered work linking a rise in the jobless rate to economic downturns. The San Francisco Fed research, written by bank economist Thomas Mertens, said its innovation is to make the jobless rate change a forward-looking indicator.

Unlike the St. Louis Fed state data that is tipping toward a recession projection, the U.S. jobless rate has thus far remained fairly stable, and after bottoming at 3.5% in September, it held at 3.7% in both October and November.

The San Francisco Fed paper noted that the Fed, as of its December forecasts, sees the unemployment rate rising next year amid its campaign of aggressive rate hikes aimed at cooling high levels of inflation. In 2023, the Fed sees the jobless rate jumping up to 4.6% in a year where it sees only modest levels of overall growth.

Tim Duy, chief economist with SGH Macro Advisors, said he believes that to achieve what the Fed wants on the inflation front, the economy would likely “lose roughly two million jobs, which would be a recession like 1991 or 2001.”

Anxiety over the prospect of the economy falling into recession has been driven by the Fed's forceful actions on inflation. Many critics contend that the central bank is focusing too much on inflation and not enough on keeping Americans employed. Central bank officials have countered that without a return to price stability, the economy will struggle to meet its full potential.

What's more, in the press conference following the most recent Federal Open Market Committee meeting earlier this month, central bank leader Jerome Powell said that he didn’t view the current Fed outlook as a recession prediction given the expectation growth will remain positive. But he added much remains uncertain.

“I don’t think anyone knows whether we’re going to have a recession or not and, if we do, whether it’s going to be a deep one or not. It’s just, it’s not knowable,” Powell said.
Add Comment