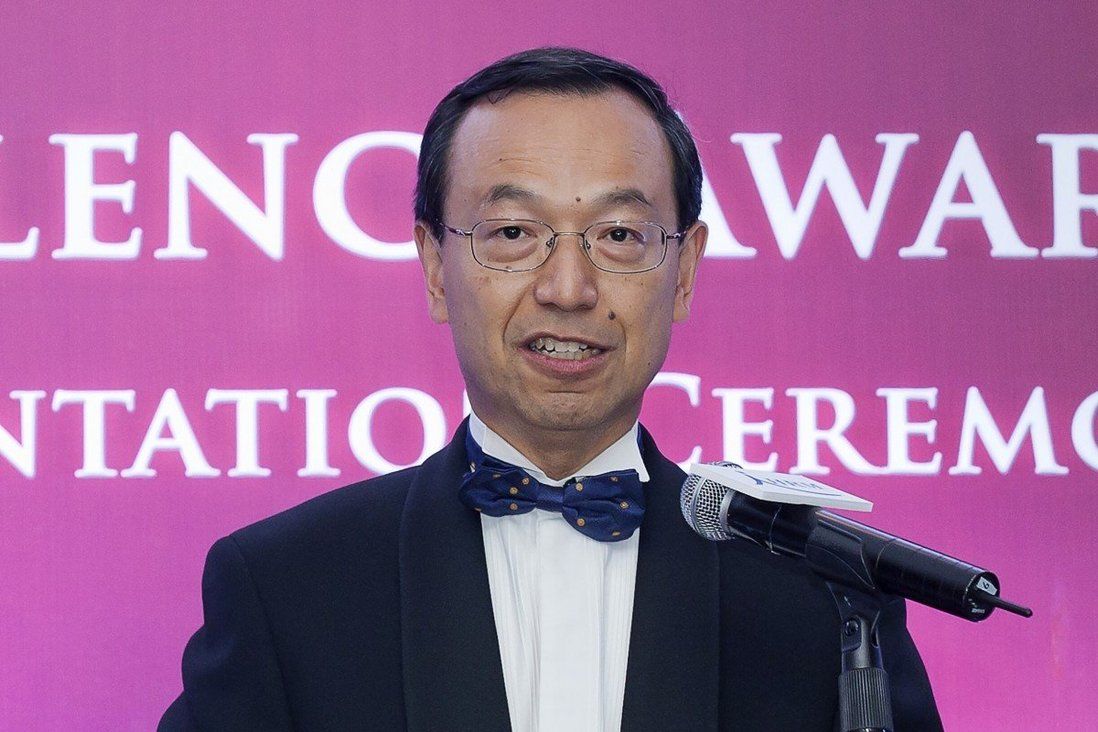 Kim Mak, president of the Caritas Institute of Higher Education and Caritas Bianchi College of Careers, named new chairman of board of governors at the English Schools Foundation.
Hong Kong’s biggest international school group has appointed the head of a self-financed tertiary institution as its governing board’s new chairman.

Kim Mak Kin-wah, president of the Caritas Institute of Higher Education and Caritas Bianchi College of Careers, took over the top role at the English Schools Foundation (ESF) this week from pro-establishment lawmaker Abraham Razack, who completed his term in early May after serving a maximum two terms spanning six years.

“I will take most seriously the trust invested in me. I will work with board members, and the wider ESF community to ensure our foundation continues to thrive,” Mak, a chartered marine and civil engineer, said in a written statement on Friday.

He is expected to serve until May 2024 on a three-year term.

ESF said Mak had “previous working knowledge” with the school group, given he had served as an independent member on the board. He is also currently a member of the University Grants Committee, which funds the city’s eight public higher education institutions, and its Quality Assurance Council.

Belinda Greer, the foundation’s CEO, said she was “delighted” by Mak’s appointment, given his “proven record of accomplishment in education and in leading change”.

Razack, a lawmaker representing the real estate and construction sector, told the Post he expected Mak could “take ESF to the next level” with his background in education, and summed up his six years in the roles by saying he had “no regrets”.

While Razack acknowledged that more students had withdrawn from ESF schools this year, he said the vacancies were quickly filled, given the long waiting list of local pupils and new arrivals in the city.

Asked whether he expected his successor to face more political pressure after the implementation of the national security law, Razack said the legislation was a “reality and that international school students would face the same [things] as local institutions”.

One father with three children at ESF schools, who wished to remain anonymous, said he expected the new chairman to face challenges in tackling national security education for students, as international schools were also told by education authorities to help pupils understand the law, which came into effect last June.

“That is going to be a big challenge in the coming years,” he said. “The way I see it, everybody has a lot of anxiety over the law.”

In February, ESF told parents that it was not planning to introduce new practices such as flag-raising ceremonies under the law, and would continue to “have autonomy” over its curricula, although staff should follow the “law of the land” and professional codes.

The father also said he had noticed that more ESF students, including at least eight of his children’s friends, had dropped out and left the city over the past year.

He added that he expected Mak would consider freezing school fees for a third consecutive year in 2022 after the impact of the coronavirus, which had resulted in months of in-person class suspension and put more financial pressure on parents.
#Coronavirus
Add Comment