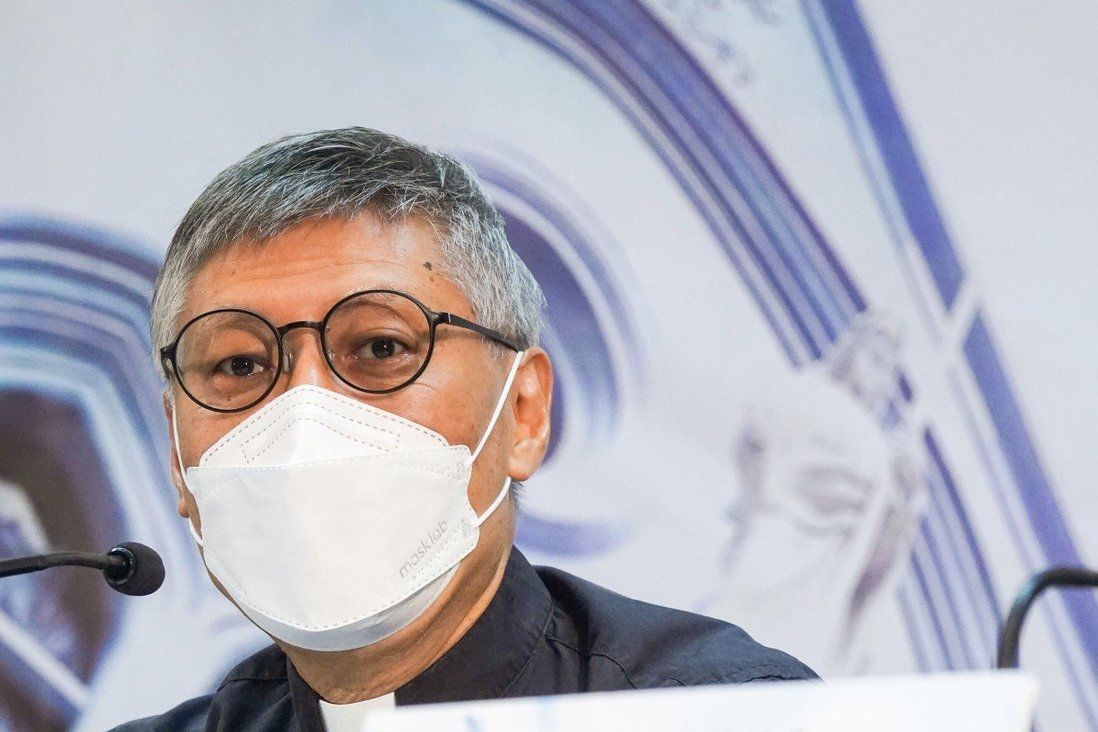 His long-delayed appointment was announced by the Holy See on Monday after the post was left vacant for more than two years, at a time when the city’s political and religious freedoms were being tested by the civil unrest in 2019 and Beijing’s imposition of a sweeping national security law last June.

Meeting the press for the first time as bishop-elect on Tuesday, Chow spoke about his desire for reconciliation in Hong Kong society.

“It’s really important to accompany and listen to the young people of Hong Kong, and to nurture empathetic listening in them,” Chow said. “This is the only way for us to come together.” 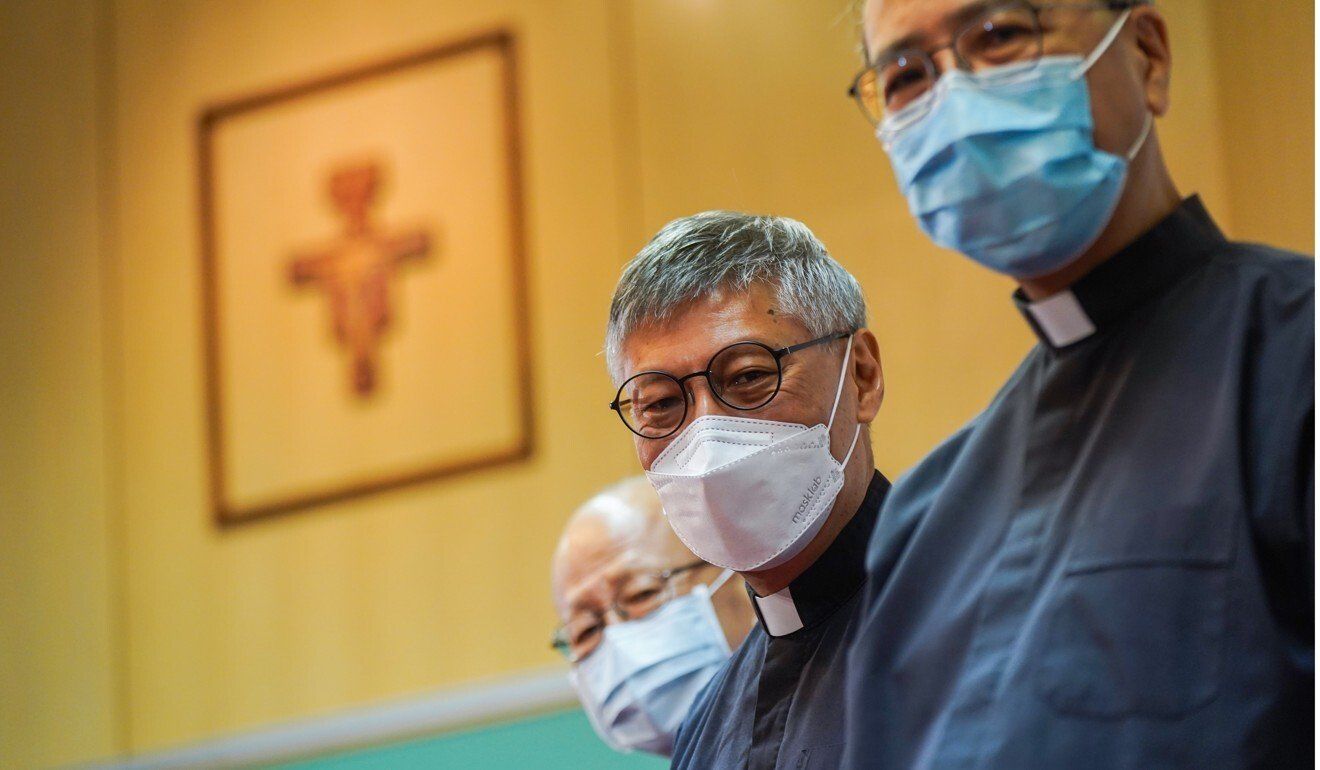 A trained educational psychologist, Chow has headed the Society of Jesus, Chinese Province in Hong Kong since 2018 and has been supervisor of its two Wah Yan College campuses, a top Catholic secondary school for boys, since 2007.

“In the past two years, it has not been easy for Hong Kong,” he said. “Even in my schools, the whole community is much divided. It takes a lot to bring healing.

“I have no grand plan on how to unify, but I do believe God wants us to be united. Unity is not the same as uniformity. So, like I always mention in schools these days: unity is plurality and we need to respect plurality.”

At 62, Chow is one of the youngest priests to be promoted to bishop in Hong Kong since the Vatican began appointing Chinese bishops in the city nearly 50 years ago.

Observers said Chow’s measured tone and political wisdom made him a neutral figure acceptable to Hong Kong’s politically divided Catholics, and “someone whom Beijing has yet to express dismay over”.

Chow had previously taken part in commemorating the June 4 Tiananmen Square crackdown, but he would not say if he would go this year as the annual candlelight vigil has not yet been approved by the government. Officials have said the vigil cannot be held at its usual venue, Victoria Park, citing health grounds. 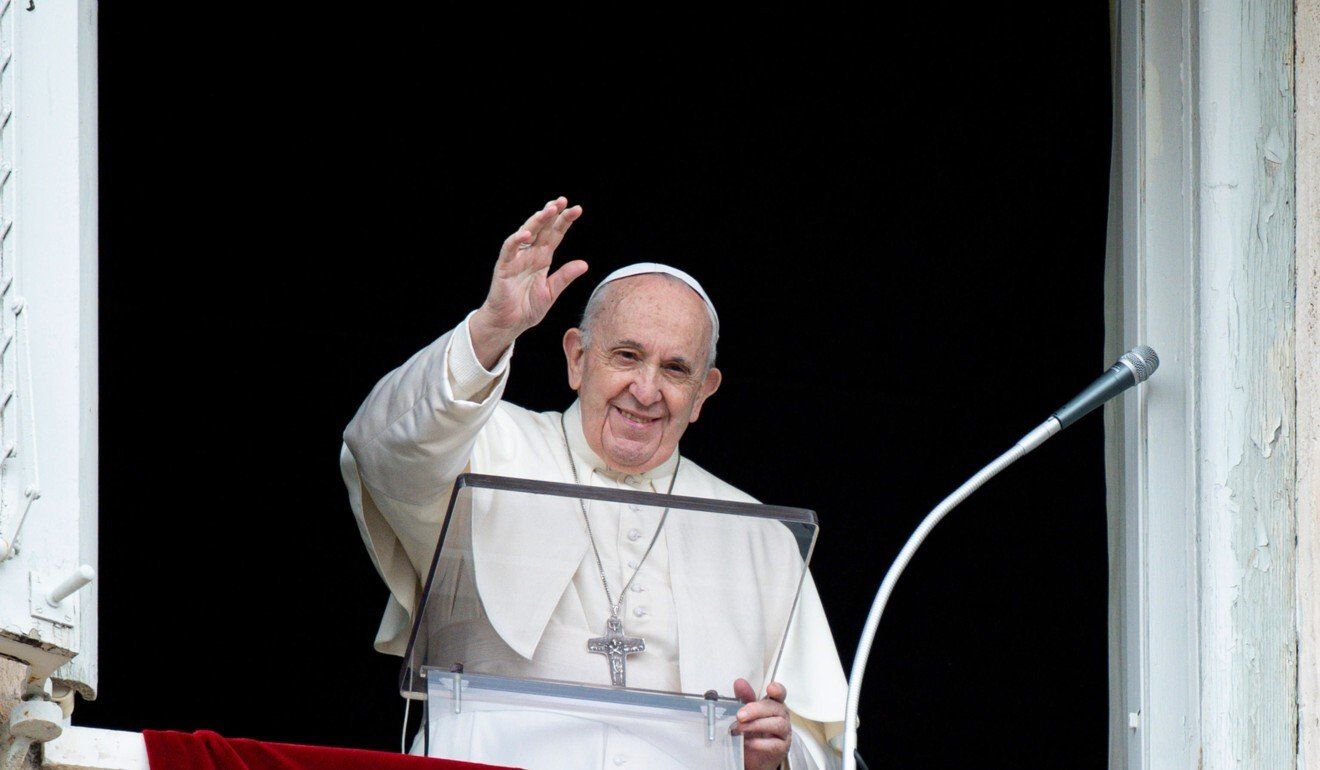 The bishop-elect had previously said Hong Kong independence and other sensitive topics were not taboo on campus under the national security law, as long as discussions did not advocate separatism. But he also said schools were not political organisations and political activities, such as class boycotts and propaganda of any sort, were inappropriate.

As a Jesuit, Chow said he was ready to defend religious freedom in Hong Kong as it remained “a basic right”, but he did distance himself from persecuted religious groups in mainland China, including members of the underground Catholic community.

“I wouldn’t use the word ‘crackdown’, but I’m not happy to see crosses being demolished [from church tops],” he said. “There are many backstories to these incidents which I’m not knowledgeable of.

“I don’t think it’s wise for me to comment on China without enough information and knowledge. It’s not that I’m afraid but prudence is also a virtue.”

The diocese has been without a permanent head since the death of Bishop Michael Yeung Ming-cheung in January 2019. The Vatican brought 82-year-old former bishop John Tong Hon out of retirement to serve as the apostolic administrator.

Chow said he had not wanted to be bishop and believed the position should be filled by a diocesan priest. He turned down the offer in December but eventually accepted after receiving a handwritten note from Pope Francis.

He is expected to take up the position in October, with Joseph Ha Chi-shing, a pro-democracy advocate, remaining auxiliary bishop of the diocese.

Hong Kong’s 404,000-strong Catholic community enjoys a strong social and political influence, especially in the education and charity sector. The city’s leader, Carrie Lam Cheng Yuet-ngor, is known to be a devout Catholic, as is one of her predecessors, Donald Tsang Yam-kuen.

While Rome and Beijing agreed to renew the Sino-Vatican agreement over the appointment of bishops on the mainland, that did not apply to Hong Kong, Macau and Taiwan.

Reverend Professor Lo Lung-kwong, a research fellow with Chinese University’s school of divinity, said Chow’s appointment did not require Beijing’s approval, but the Vatican had made a calculated move with its pick to avoid further division among Catholics in Hong Kong.

“It’s obvious [Chow] is a pro-democracy supporter but not radical to a point that Beijing would express dismay, nor will his appointment offend Cardinal Joseph Zen Ze-kiun and the anti-Beijing Catholics behind him.”

Zen made a personal appeal to the pope in September, urging him to hasten the process of appointing a bishop and leave politics out of it.

Anthony Lam Sui-ki, a Catholic affairs expert with Shue Yan University and a friend of Chow for more than 30 years, described the bishop-elect as honest, tolerant, principled and an active problem solver.

“His willingness to respect differences makes him the perfect man for the job, on top of his perfect spirituality,” Lam said.