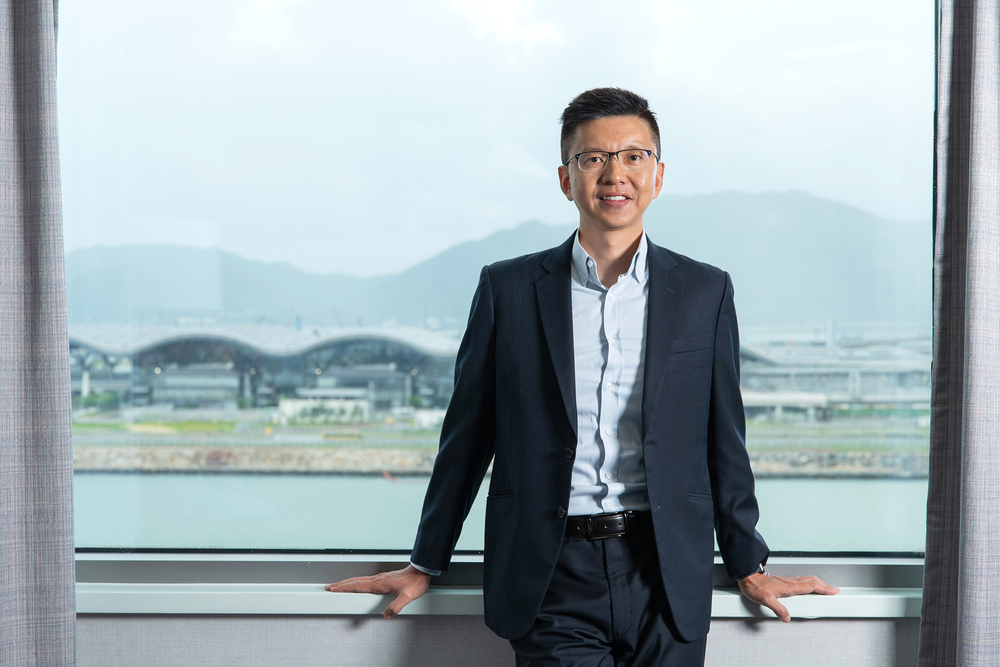 New Cathay Pacific chief has work cut out for him

The new chief executive of Cathay Pacific Airways Ltd. faces many challenges when he starts on Jan. 1, from reviving the carrier’s international network after the Covid crisis to appeasing unhappy pilots.
Cathay said Wednesday that Ronald Lam, 50, will replace Augustus Tang as CEO, confirming an earlier Bloomberg News report. The Cambridge University graduate takes over with Hong Kong’s main airline still in a tight spot after Covid travel restrictions left it operating at bare-bones capacity for much of the pandemic.

While Hong Kong has opened its borders to quarantine-free travel again, rules like mandatory mask-wearing still linger, and Cathay has said it will take at least two more years to fully recover. Other airlines are bouncing back faster.

Like his predecessor, Lam grew up in Hong Kong and spent most of his career at Cathay, having joined as a management trainee in 1996. He is currently chief customer and commercial officer, as well as chairman of low-cost unit HK Express, which he helped integrate after its 2019 acquisition. He also spearheaded a new e-commerce strategy to expand non-flying revenue during Covid.

Lam is only Cathay’s fourth ethnically Chinese CEO, and this is the first time the company has appointed consecutive leaders from Hong Kong.

“I have been impressed by his long-term vision for the company, his intellect, and his determination to see the group succeed,” Cathay Chairman Patrick Healy said in a statement on Lam’s appointment. “He is without doubt ready to lead our organization.”

Lam certainly has his work cut out. Here’s a look at an initial to-do list for the new CEO.

Hong Kong’s belated withdrawal of Covid travel curbs suggests the worst of the crisis is over for Cathay, but it is far behind carriers in other markets. The airline flew just 16 percent of pre-pandemic passenger capacity in September, while Singapore Airlines Ltd. was back to about 73 percent of 2019 levels, similar to other major global operators like British Airways and Deutsche Lufthansa AG.

Cathay is also more hamstrung by its exposure to the enormous Chinese market, which is still largely off limits to travel. By origin of sale, revenue generated from mainland China and Hong Kong accounted for over half of total sales in 2019.

The airline is now flying to 51 destinations, only half the number it served before Covid, but at least better than the lows of carrying only a few hundred passengers a day on little more than a handful of routes. Daily passenger traffic used to be about 100,000. In September, the average was 8,870.

How quickly Lam can accelerate an increase in flights will shape the airline’s finances and levels of profit. One of the major challenges to that is staffing.

Cathay’s workforce has slumped 41 percent since the start of Covid, financial reports show, leaving it undercooked to cope with a rebound in travel. Carriers in the US and Europe struggled with that when their markets bounced back -- chaotic scenes of long queues, stranded passengers and piles of luggage were a common theme of the Northern Hemisphere summer.

Pilot numbers have dropped from around 4,300 at the main carrier and defunct Cathay Dragon to only about 2,390, according to the Hong Kong Aircrew Officers Association. Many were fired as Cathay cut costs to weather the Covid storm, while others left for rival airlines or to pursue different careers altogether, having become dissatisfied with working conditions and pay cuts. Flight attendant numbers more than halved from a peak of about 13,400 in 2019 to about 6,000.

The airline aims to hire 700 pilots and about 2,000 cabin crew by the end of 2023. It is unclear whether Lam will increase that target.

Cathay has said its salaries and packages are competitive.

“We need enough pilots to run the airline,” said Paul Weatherilt, chairman of the Hong Kong Aircrew Officers Association. “They need to understand why pilots have been leaving, we would like to know what the plan is, we would like to be involved, we would like a seat at the table.”

Cathay underwent a recapitalization earlier in the pandemic to raise HK$39 billion (US$5 billion). Half of that was in a loan from the government, which also took a stake in the airline. That loan hasn’t been paid back yet, and annual interest payments will increase from next year.

After racking up net losses of HK$33 billion through the pandemic, Cathay is at last on track for an operating profit in 2022, which could open a path for repayments to start next year.

Cathay aims to eventually expand aggressively with what is likely to be one of the biggest new aircraft orders in its 76-year history to capitalize on Hong Kong’s new third runway as the airport undergoes a HK$144 billion expansion to make it 50 percent bigger. Cathay will need a hefty investment to keep its dominant share of about half of the market.

In an interview with Bloomberg News in London last month, Lam said Cathay is considering adding passenger aircraft and freighters. The company would like to have synergy with its existing fleet, he said, which consists of Airbus SE A321neos, A330s, A350s and Boeing Co. 777s, while HK Express has an A320 family lineup.

Much rests on the reopening of China, its most important market.

Lam will have to deftly negotiate Cathay’s relationship with the mainland. Ties became particularly tense during anti-government demonstrations in Hong Kong in 2019, with Beijing imposing curbs on the airline, while it was also criticized by some in the protest movement. The tumult led to an upheaval in management.