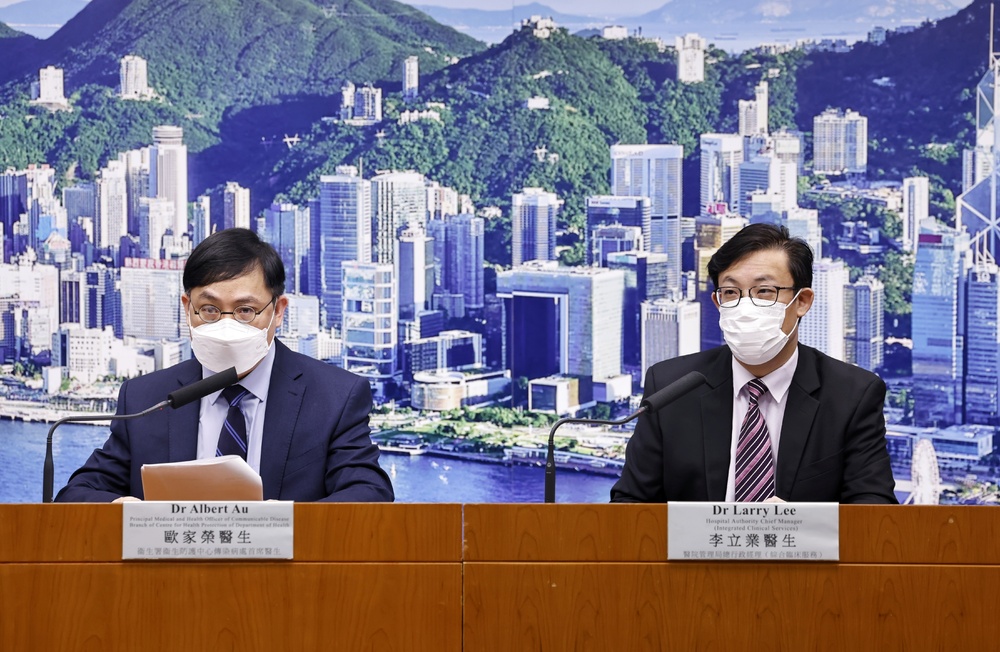 Health authorities are now investigating another new outbreak cluster at a bar -- ZENTRAL on Hong Kong Island where up to 11 infections have been reported as the city added 270 new Covid-19 cases on Saturday.
Among the new cases, 116 were confirmed via PCR tests and 154 were positive rapid antigen test results reported by citizens. The overall caseload of the fifth Covid wave now stands at 1,199,227.

The Centre for Health Protection's principal medical and health officer Albert Au Ka-wing said an outbreak cluster at ZENTRAL, a bar located at California Tower in Central, has reported 11 infections, including six men and five women aged between 17 and 29.

Nine of them have received their second dose of vaccine while the other have gotten the booster jab. They all developed symptoms between Friday last week (May 20) and Thursday.

Au added that one of the patients is a 23-year-old part-time basketball coach. He is doubly-jabbed and teaches at Pok Oi Hospital Tang Pui King Memorial College. He last went to school on Thursday and developed symptoms the same night.

Two of the students last went to school on Thursday and the other four on Friday. Au continued that the center has requested the school to do disinfection and the other 24 students in that class have been listed as close contacts. They will have to observe home isolation.

Another case was added to the outbreak cluster at DSC International School after a student tested positive this morning. The cluster now sees five infections in total involving a teacher and four students.

The patient suffered from respiratory disease and had a stroke before. He had difficulties breathing when admitted to hospital on Wednesdays and was found to have pneumonia after an X-ray scan. His condition deteriorated and he passed away on Friday, while Lee believed his death may not be linked to Covid.