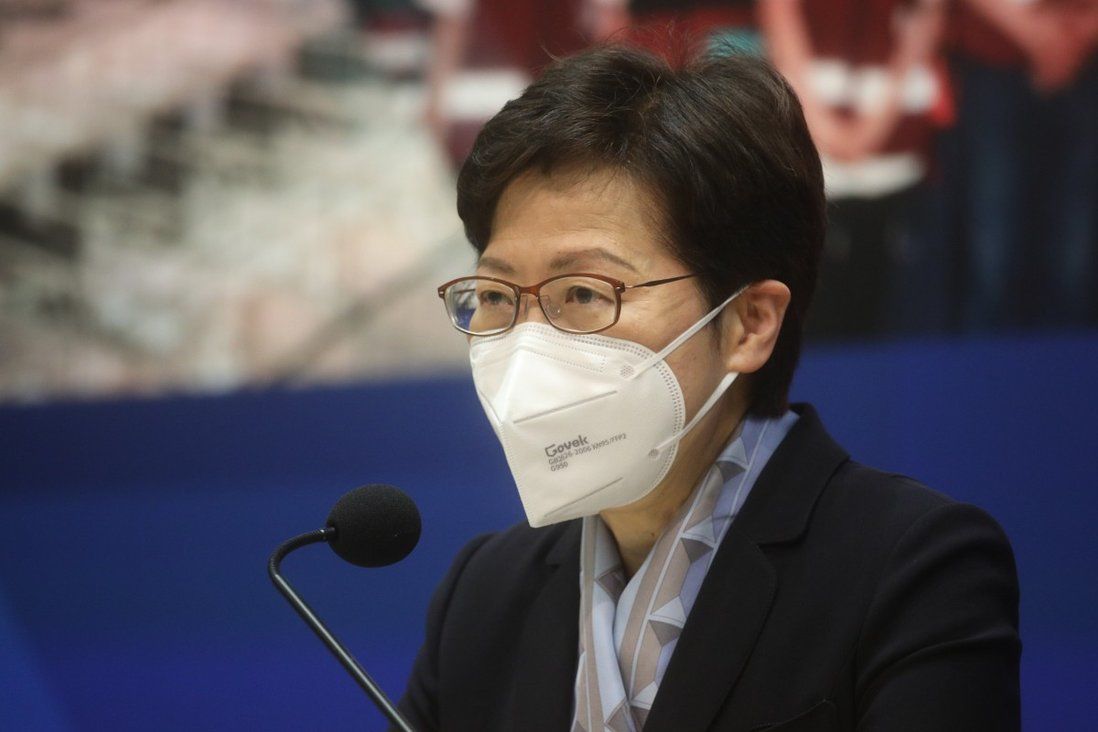 Never mind ‘fading tolerance’, what about the lack of trust, Mrs Lam?

Confidence in the administration, already at a low when Covid-19 hit, has been further shaken by months of rising cases, tough restrictions and policy U-turns. Lam has finally recognised that public patience is ebbing, but in promising to help the city’s finance sector, she risks once again isolating the rest of us.

Chief Executive Carrie Lam Cheng Yuet-ngor caught us by surprise last Thursday with her proclamation that when it comes to the tough Covid-19 fighting measures the government has adopted, “people’s tolerance is fading”. Lam apparently feels pretty strongly about that.

Look, it’s great that Lam feels she can put herself out there like that – talking about feelings and displaying empathy of sorts. But, at this stage, shouldn’t we be more accurate about what is fading, if it hasn’t already gone?

Fading tolerance seems much too negligible. It isn’t merely collective annoyance over swatting a fly that just won’t go away. The community, as well as leaders in Beijing, have a rude awakening for the government over its unpreparedness, incapability, and the bureaucratic fat that outweighed its primary job to protect the lives of its people.

If anyone has strong feelings, it is the people, and they are: persistent anxiety over a prolonged period of uncertainty and heightened vigilance; exasperation over the futility of measures – however stringent – and the moving goalposts in the name of controlling a communicable disease; helplessness over losing all sense of normalcy, means to live, and both physical and mental health; and, hopelessness. In a nutshell: people have been robbed of any sense of their future.

Life has been reduced to hanging on to daily tallies of infections and deaths, jumping at the sounds of news alerts, and the dread of seeing double lines on a rapid test. So no, we haven’t been exactly living an ode to joy.

But, for Hong Kong, what the chief executive and her team need to truly recognise and feel strongly about is people’s lack of trust in the government.

Covid-19 first collided with Hong Kong when the city was on fire and in a dangerously volatile political environment. The political polarisation and the schism in the community left us in a vulnerable state. The first waves may have curbed the unrest on the streets, but the lack of trust in authorities and in each other was already running deep and brought in the tide of fake news, misinformation and vaccine hesitancy.

The policy U-turns, obvious lack of coordination, and incompetencies on display since the fifth wave arrived have further exacerbated that breakdown of trust. An overwhelmed public health system that left patients out in the cold and rain hit the community hard. Confidence plummeted, and that is where we are today.

And, if left unaddressed, any thoughts and plans of reopening to the world, which, according to the chief executive are on her mind day and night, will be met with criticism and doubt.

Our chief executive needs to know, not feel, that the isolation from the mainland and from the rest of the world has run our economy into the ground. It’s good to know that at least the finance people can get Lam to listen; it’s almost as comforting to know that at least the director of the Hong Kong and Macau Affairs Office, Xia Baolong, can get the government to act.

Again, the people saw the government spring into action after just a few words from Xia. Again, that is detrimental to building trust.

Lam said in last Thursday’s press conference that no one attaches more importance to the city’s international financial centre status than her. But truly, at a time like this, is this the best way to rally the people?

It will take the whole of society – from the bankers to the labourers, from the big corporations to the small, family-owned businesses – to win this fight. To trumpet preferential treatment of one segment of society over and above all others is not the sort of message a responsible government should be sending.

Lam needs to measure that approach against the words of her own manifesto, which read: “My vision is for a Hong Kong of hope and happiness – a city we are all proud to call our home … just, civilised, safe, affluent, enjoys the rule of law, compassionate and well-governed.” Then, she needs to contemplate just what the next administration will be inheriting.