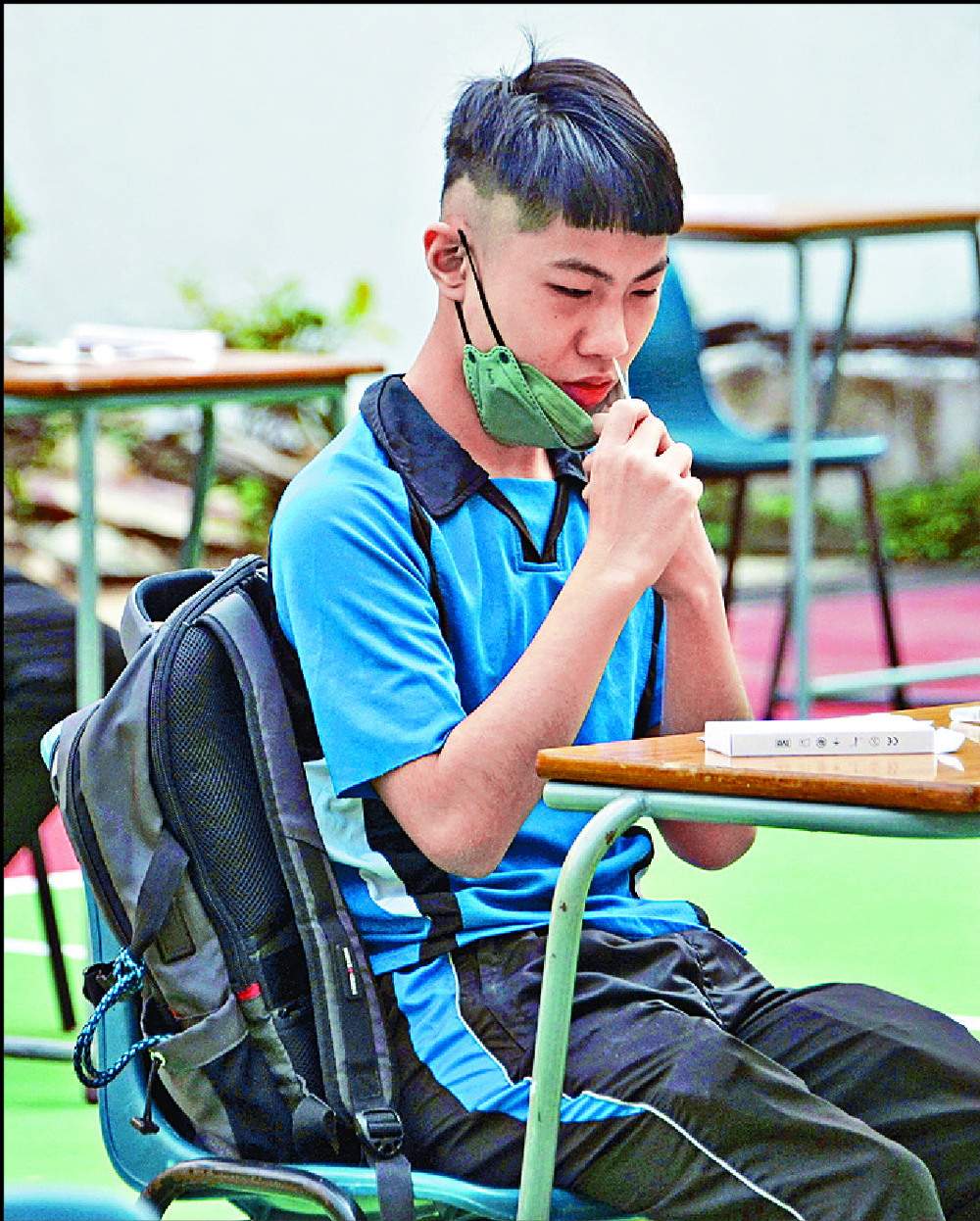 One secondary five student said he had never administered a rapid test before.

"I don't know how to do it, it's so complicated," he said, adding he needed to consult a teacher for help.

The government stipulated that all school staff and students must take a rapid test every day before leaving for school. Only those with negative results will be allowed inside the classroom.

Chief Executive Carrie Lam Cheng Yuet-ngor yesterday said it is not the right time to rethink the rapid-test requirement as it has proven to be a source of reassurance for school staff and parents.

"This was not intended to be a permanent policy," Lam said. "But in due course, we will revisit this measure."

In the meantime, she added, the government will provide enough rapid test kits for schools to distribute free of charge to students in need.

Peggy Tang Hiu-chin, a Caritas Hong Kong social worker, urged parents to pay attention to their child's mental health during the transition back to in-person classes.

A 17-year-old youth was found on a platform in Fo Tan's Chun Yeung Estate at 6am yesterday. The teenager, who was declared dead upon arrival at the hospital, was a secondary five student at a Ho Man Tin school.

Four hours earlier, a 12-year-old secondary one student was found dead after falling from a building on Tung Chau Street in Cheung Sha Wan.

Meanwhile, the Education Bureau said the secondary school discretionary places allocation results will be released today while results for the central allocation stage will be announced on July 26.
#Covid
Add Comment