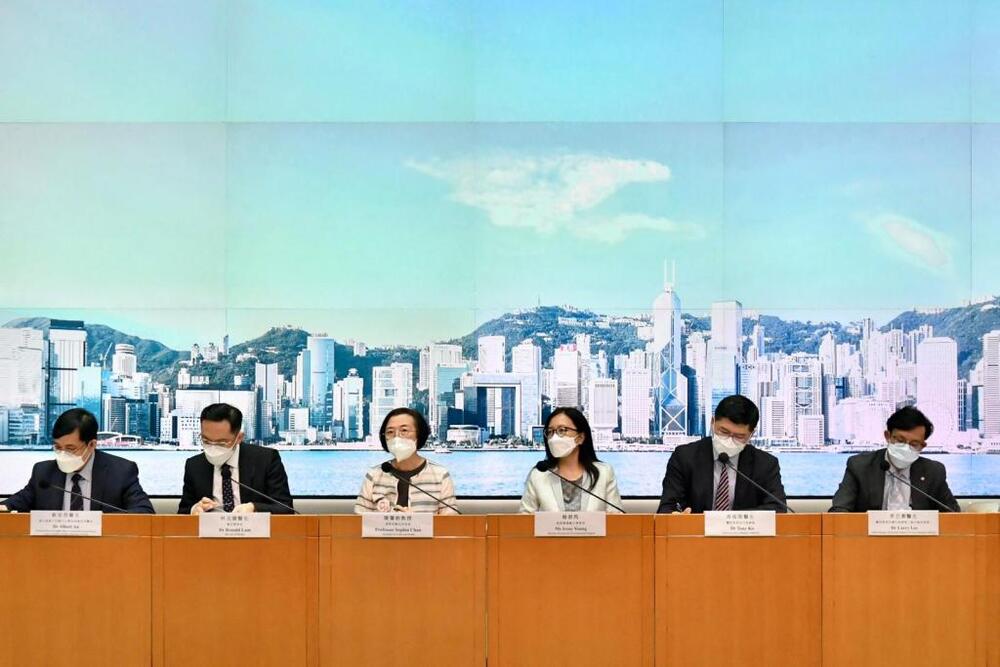 Hong Kong reported 752 new Covid-19 cases on Tuesday, as the city's health chief said patrons of bars and pubs would have to present proof of negative rapid test results.
Among the cases, 348 were confirmed via PCR tests, and 404 were positive RAT results further verified by health authorities. Albert Au Ka-wing, the Centre for Health Protection's principal medical and health officer, reported that the tally of the fifth wave has now exceeded 1.208 million.

Chan said the third phase of easing social distancing rules would not occur within the month. She said the authorities have found many operators and customers of catering premises failed to comply with anti-epidemic rules.

Chan said the city has seen several cases with unknown sources of infection involving the Omicron variant. Among them, six bars have recorded outbreaks since being reopened, including more than 350 patients.

From June 16 to June 29, the government would require all customers to show negative rapid test results within 24 hours before entering bars and nightclubs.

About 10 schools have seen signs of transmission recently, and some classes were required to suspend. Chan said some schools have taken the initiative to suspend classes for three days, but the authorities would not ask schools to suspend for the time being.

Au also spoke of 97 imported cases -- 40 detected at the airport, 39 at quarantine hotels, and 18 were patients who tested positive after completing the seven-day isolation.

As for the bar clusters, Racks City added another infection, pushing the tally to 22 in total. FLM saw another three guests, and one staff tested positive. The cluster has so far involved 25 guests and three staff.

The city added 25 more suspected BA.2.12.1 cases, including 10 cases with unknown origin. The other 11 were family members or close contacts of the 10 patients.

In addition, another new case was detected carrying BA.4 and BA.5, involving a 39-year-old woman working at Regala Skycity Hotel.

Two more nurses from the psychiatric department of United Christian Hospital confirmed who had attended the same gathering as patients confirmed yesterday.

One more death was reported on Tuesday, pushing the tally to 9,178. The deceased was a 79-year-old man with heart failure who passed away on June 13.

Public hospitals and treatment facilities are now housing 391 patients. Fifteen are in critical condition, eight are in serious condition, and two are in hospitals' intensive care units.

Chan added that confirmed patients sharing bedrooms and toilets with their families would be sent to quarantine, and the authorities may reopen community quarantine facilities depending on the need.
#COVID-19  #Covid
Add Comment