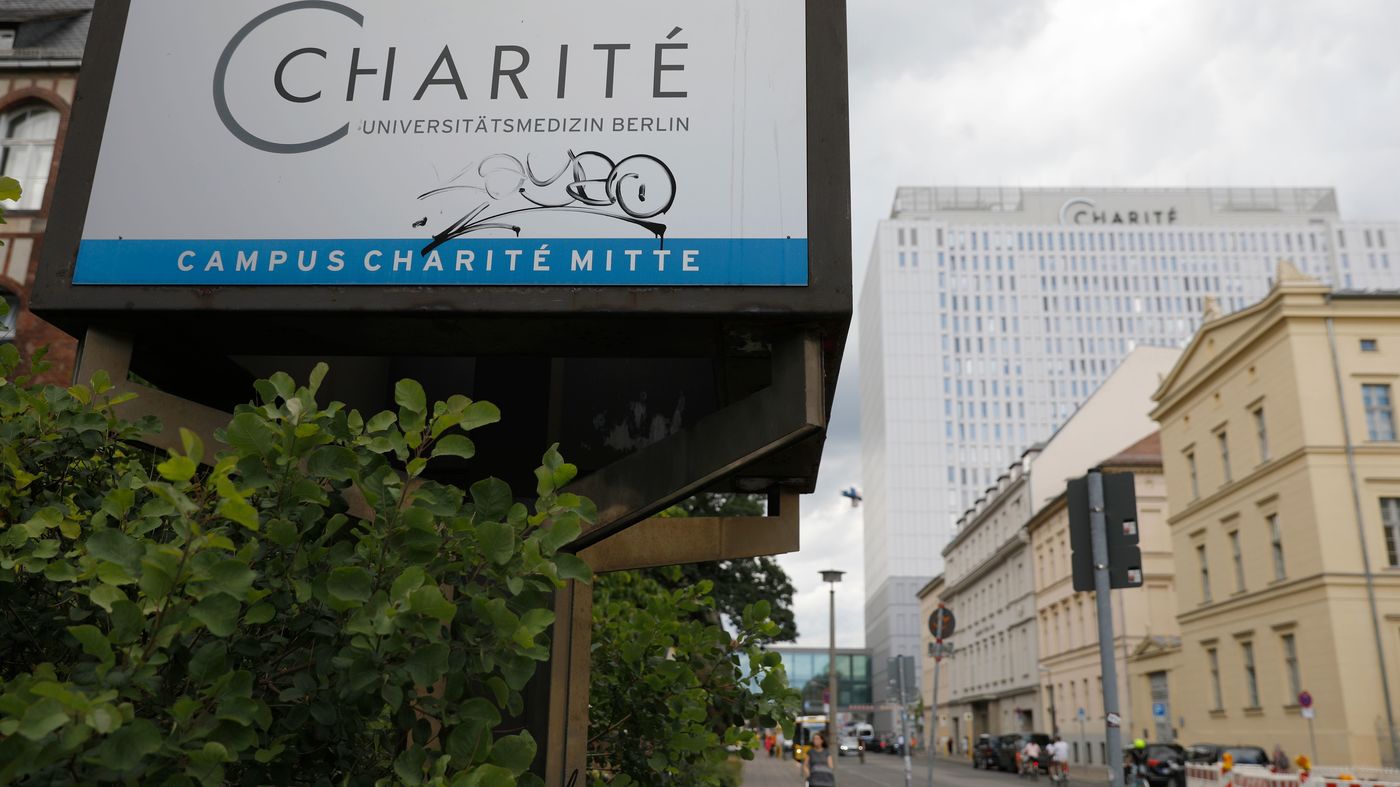 Navalny Was Poisoned, But His Life Isn't in Danger, German Hospital Says

Alexei Navalny, one of Russian President Vladimir Putin's most prominent critics, was poisoned by an unknown substance from a group of drugs that affect the nervous system, according to the German hospital that is treating the Russian opposition leader.
The drug is a cholinesterase inhibitor, meaning it disrupts the body's ability to break down acetylcholine - an important neurotransmitter in the brain and body.

Navalny remains in a medically induced coma in intensive care.

"While his condition is serious, it is not currently life-threatening," his hospital, the Charité Universitätsmedizin in Berlin, says.

Navalny is now being treated with an antidote called atropine; the medical team says there's the possibility of long-term effects on his health and particularly his nervous system.

Reporting on the clinical results of an "extensive examination" by a team of doctors, Charité says:

"Clinical findings indicate poisoning with a substance from the group of cholinesterase inhibitors. The specific substance involved remains unknown, and a further series of comprehensive testing has been initiated. The effect of the poison – namely, the inhibition of cholinesterase in the body – was confirmed by multiple tests in independent laboratories."

Because of those findings, Navalny's poisoning "is no longer a hypothesis, but a fact," his spokeswoman, Kira Yarmysh, said in a tweet.

Well-known examples of the nerve agents include Sarin, Soman, and VX - the chemical that is believed to have killed the half-brother of North Korean leader Kim Jong Un in 2017.

Describing the effects of poisoning by one of the materials, the Organisation for the Prohibition of Chemical Weapons says, "Symptoms include sweating, salivation, miosis (pinpoint pupils), paralysis, respiratory failure, seizures and eventually death."

Doctors in Russia have claimed there were no traces of poison in Navalny's system, saying he was suffering from a blood sugar imbalance. But Yarmysh has insisted Navalny was poisoned since last Thursday, when he fell ill during a commercial flight from Siberia to Moscow. At the time, Yarmysh noted that the only thing Navalny had consumed was a cup of tea at the airport.

Navalny's condition rapidly deteriorated during the flight, and his plane made an emergency landing in the city of Omsk, where he spent more than a day in a local hospital.

Doctors in Omsk initially refused to authorize Navalny's transfer to Berlin, leading his family to ask the Kremlin to intervene - and to accuse the authorities of trying to cover up a potential attempt on his life.

A special medical evacuation plane chartered by a German nongovernmental organization brought Navalny to Germany in the early hours of Saturday.

Members of Navalny's camp, including his doctor, Anastasy Vasilyeva, say they believe the delay in releasing the politician for travel was an attempt to make it harder to detect any poison in his system.

This is the second time Navalny has been the victim of an apparent poisoning. The first instance came last summer, when he was hospitalized days after being jailed for calling for street protests.

Navalny is a powerful force for Russia's opposition, with a large online following that has grown despite scant coverage of him in state-approved media channels.

A number of Kremlin foes have been poisoned or killed during Putin's 20 years in power. The current circumstances bring to mind the targeted killing of Kremlin critic and former spy Alexander Litvinenko, who died after drinking tea that was laced with polonium-210 in a London hotel.

Other recent high-profile cases include the use of a Novichok nerve agent to poison former KGB spy Sergei Skripal and his daughter Yulia in the U.K.
#Alexei Navalny
Add Comment