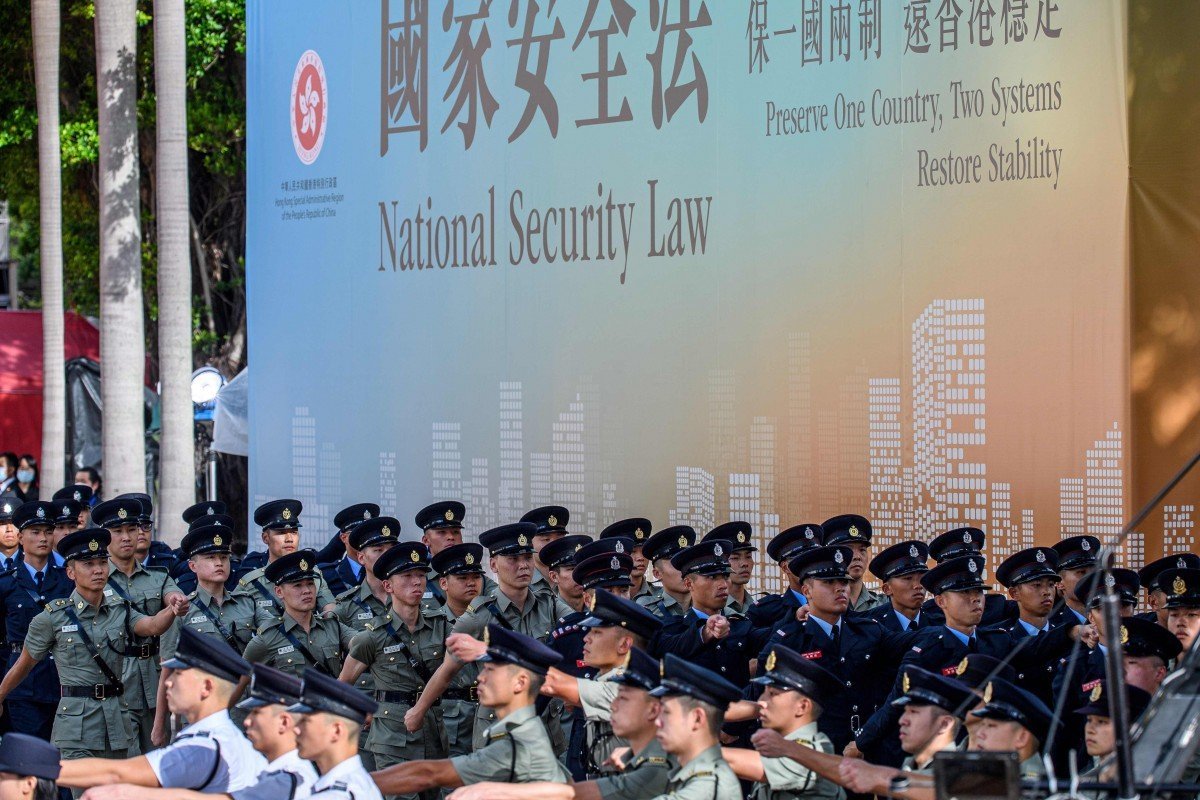 Tech giant’s move will make it more difficult for the Hong Kong government to collect data. Google spokesman says that following the activation of the legislation it has not produced user data for Hong Kong authorities
Google has stopped responding directly to data requests from Hong Kong police since the Beijing-imposed national security law
took effect in the city about six weeks ago and is urging the force to work through “diplomatic procedures” instead.

The tech giant’s move will make it more difficult for the Hong Kong government to collect data, as a mutual legal assistance pact between the city and the United States allows the latter to refuse requests over offences of a political nature, according to a lawyer.

At the heart of tech firms’ concerns are the sweeping powers under the new legislation, which gives police the right to search electronic devices that may contain evidence of a national security offence.

Soon after the law took effect on June 30, internet firms and social media platforms including Google and Facebook put requests for user data from Hong Kong under review.

The Washington Post reported that Google notified police on Thursday that after reviewing the new law it would redirect official requests for data through the Mutual Legal Assistance Treaty with the US.

In a reply to the Post on Friday, a Google spokesman said that following the activation of the law, it had not produced user data for the Hong Kong authorities, though it did not mention its interactions with police on the new procedure.

“As always, authorities outside the US may seek data needed for criminal investigations through diplomatic procedures. We carefully review all requests for user data and push back on overly broad ones to protect our users’ privacy,” Google added.

The police force did not address Google’s actions directly.

“Police will request information or cooperation from the relevant persons or organisations [including service providers] to assist with various investigations,” a spokesman said.

“The requests, which are related to crime prevention and detection as well as law enforcement, are made only when necessary for performing duties and made in accordance with duty-related laws, established procedures or guidelines, including the Personal Data (Privacy) Ordinance and the relevant code of practice or guidelines.”

The legislation, which punishes acts of secession, subversion, terrorism and collusion with foreign forces, says the Hong Kong government shall take “necessary measures” to strengthen supervision and regulation over national security matters on the internet.

Facebook, the world’s biggest social media network, earlier this month said it had paused the processing of government requests for its user data from Hong Kong. It was unclear if the actions amounted to a total ban on data-sharing. Facebook also owns Instagram and WhatsApp.

Twitter earlier said it was committed to working with governments around the world to encourage healthy behaviour on the platform, and exercised due diligence to respect local laws, while adding its policy was “always to err on the side of freedom of expression, as appropriate and within the parameters of the law”.

It did not respond to a request for further comment on Friday.

“I think it’s sensible for tech companies to escalate such requests to the state level, especially when the national security law becomes a state-level dispute between the Hong Kong government and the US government,” he said.

The move meant the Hong Kong authorities would need to go through the city’s Department of Justice to make information requests. The department would have to provide a lot of information or details of relevant offences, summary of facts and laws, and so on, Choy said, adding that, more importantly, the mutual legal assistance agreement had limitations.

“The US may refuse to assist if they are of the opinion that it relates to a political offence or it is pursuit of prosecuting, punishing or otherwise proceeding against a person on account of the person’s political opinion,” he said.
Add Comment