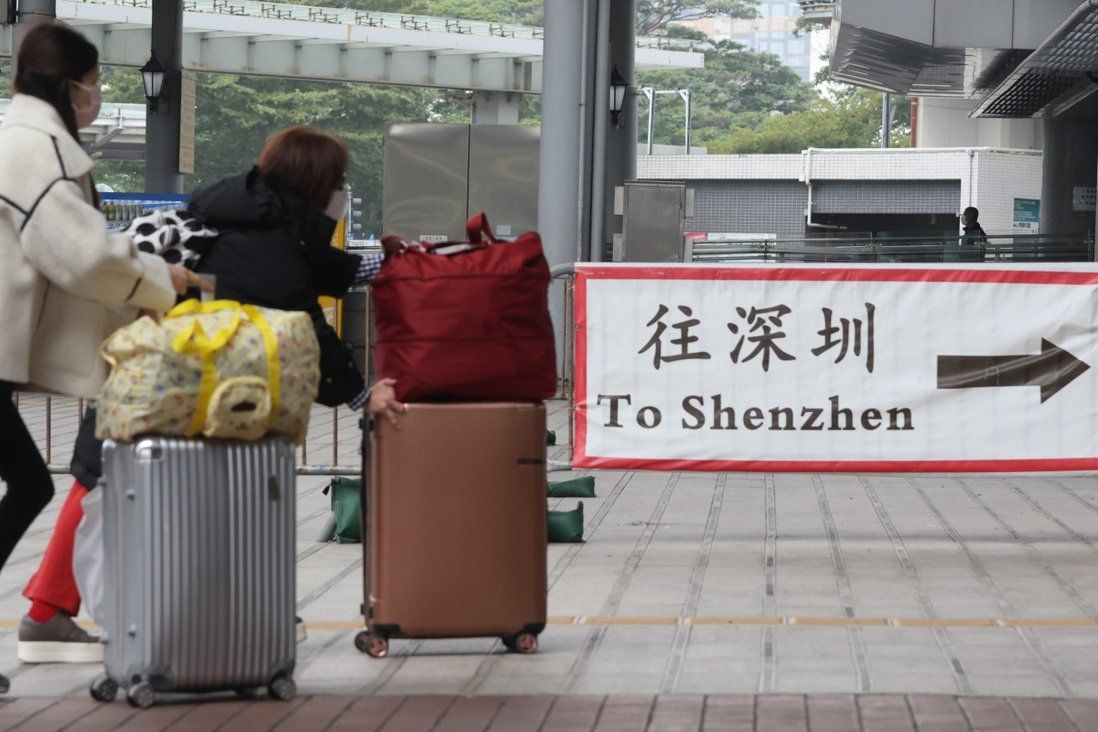 Ta Kung Pao says failure to contain virus would not only delay travel scheme but also ‘have a bearing on other matters as well, threatening the safety of the nation’.

A pro-Beijing newspaper has ramped up pressure on Hong Kong’s government over its efforts to combat the latest coronavirus outbreak, calling it a war that could threaten national safety and urging the city to seek help from mainland China if needed.

“Whether the pandemic can be contained by Lunar New Year all depends on how this war is fought,” Ta Kung Pao said in an editorial on Saturday. “Fighting the pandemic is not just about Hong Kong but the rest of the nation. If Hong Kong cannot put a lid on its pandemic situation, not only will it postpone the full opening of the border with the mainland, but it will have a bearing on other matters as well, threatening the safety of the nation.”

Political pundits said the newspaper could have couched the threat in such terms because a Hong Kong swamped by the pandemic might have difficulty fulfilling its obligations under the latest national development plan. 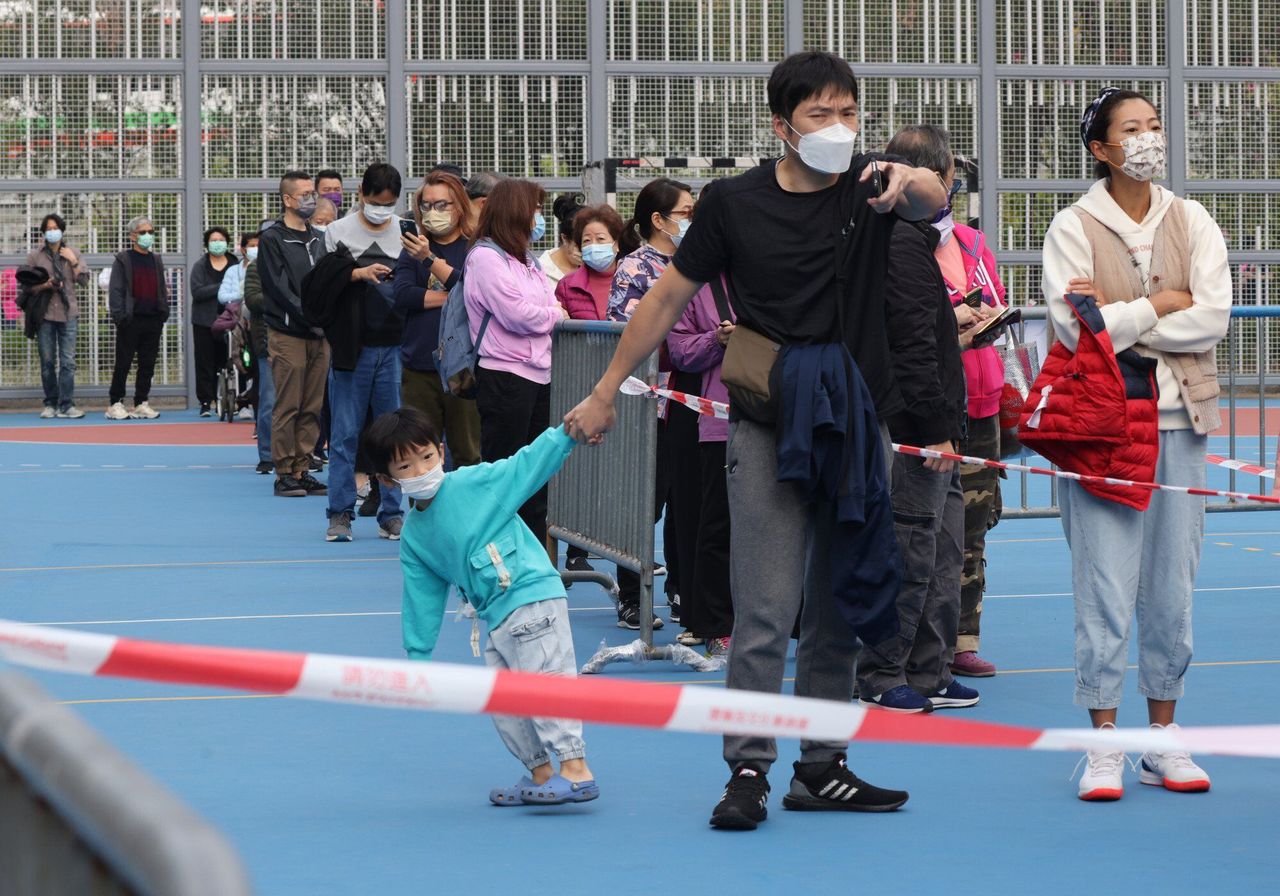 But others pointed to a more immediate worry: the Lunar New Year festival that kicks off on February 1. Many Hongkongers were expected to use the holiday to visit relatives on the mainland and endure the quarantine period that came with cross-border travel, pro-establishment lawmaker Chan Hoi-yan said.

“I don’t want to call it a national security issue because people may think it’s about politics. But this is the thinking from a health perspective,” Chan said, adding family reunions visits could end up spreading the virus across the border.

Hong Kong has followed Beijing’s zero-Covid strategy in the hopes of launching quarantine-free travel with the mainland and resuming business across the border. After several rounds of talks between Hong Kong and mainland officials, the city’s government was optimistic the scheme would launch soon but those hopes were dashed by the current outbreak of Delta and Omicron cases.

The city recorded 26 coronavirus cases on Saturday, 25 of which were locally transmitted, including three untraceable infections. More than 100 preliminary cases were also detected. The caseload was in stark contrast to the numbers recorded just a few weeks ago, when the daily count was around 20, most of which were imported.

The tally of confirmed infections stands at 13,146, with 213 related deaths.

The Ta Kung Pao editorial said the government must “assess the situation carefully and brace for the worst while coming up with different proposals for good preparation”.

When necessary, authorities could “seek a helping hand from the central government,” it said, calling Beijing “a firm shield”.

Political commentator Lau Siu-kai, vice-president of Beijing’s semi-official Chinese Association of Hong Kong and Macau Studies, said the financial hub had been assigned to handle certain roles under Beijing’s Greater Bay Area plan, a proposal to turn the city and Macau into an innovation hub alongside nine other southern Chinese cities, and with developing Qinghai, an economic zone in Shenzhen.

But he asked, with the pandemic raging: “Where do we have room to discuss these policies?”

Lau added the editorial demonstrated how even “patriots” had become increasingly impatient with the government’s ability to contain the spread of the virus and they feared it would undermine stability brought by the national security law and electoral reforms imposed by Beijing.

Chan, the lawmaker, said that with the pandemic “going out of control”, mainland authorities might be anxious about the possibility of Hongkongers bringing the virus to Shenzhen and elsewhere in Guangdong.

Health authorities are currently battling an outbreak at the Kwai Chung Estate public housing complex in Kwai Chung Estate and on Friday ordered an unprecedented five-day lockdown for 2,700 residents after 20 cases were confirmed or preliminarily detected. The lockdown has since expanded to include more buildings, although the order was due to last only 24 hours for some blocks.

Chan said she floated the idea of sectioning off districts for lockdown and testing, a strategy frequently used on the mainland, at a Legislative Council meeting last week. But the idea was shot down by Chief Executive Carrie Lam Cheng Yuet-ngor, who said the city would stick to approaches suitable to its need.

The lawmaker said the window to contain the virus was shut and cases were now growing exponentially. Chan suggested the city ask the mainland government to help implement a citywide lockdown during the first three days of Lunar New Year for residents to undergo testing.

But respiratory medicine expert Dr Leung Chi-chiu said such a tactic would likely prove impractical. Mainland authorities could however help carry out tests and ensure a stable supply for items needed to combat the virus, such as N95 masks and sanitiser.

Centrist lawmaker Tik Chi-yuen, the only non-establishment member in Legco, said he was not against the idea of seeking the help of mainland authorities, adding that they had been providing assistance all along. But he said the current situation had not yet exceeded the city’s abilities to manage it alone.

Opposition Democratic Party member Ramon Yuen Hoi-man noted that Beijing was also struggling to contain the spread of Omicron because its previous aggressive strategy has failed to contain the variation.

“I don’t see how they can help Hong Kong to solve the problem on a technical level this time,” he said.

Yuen said the government could consider living with the virus, which he said might prompt people to get inoculated due to their increased exposure to the virus.