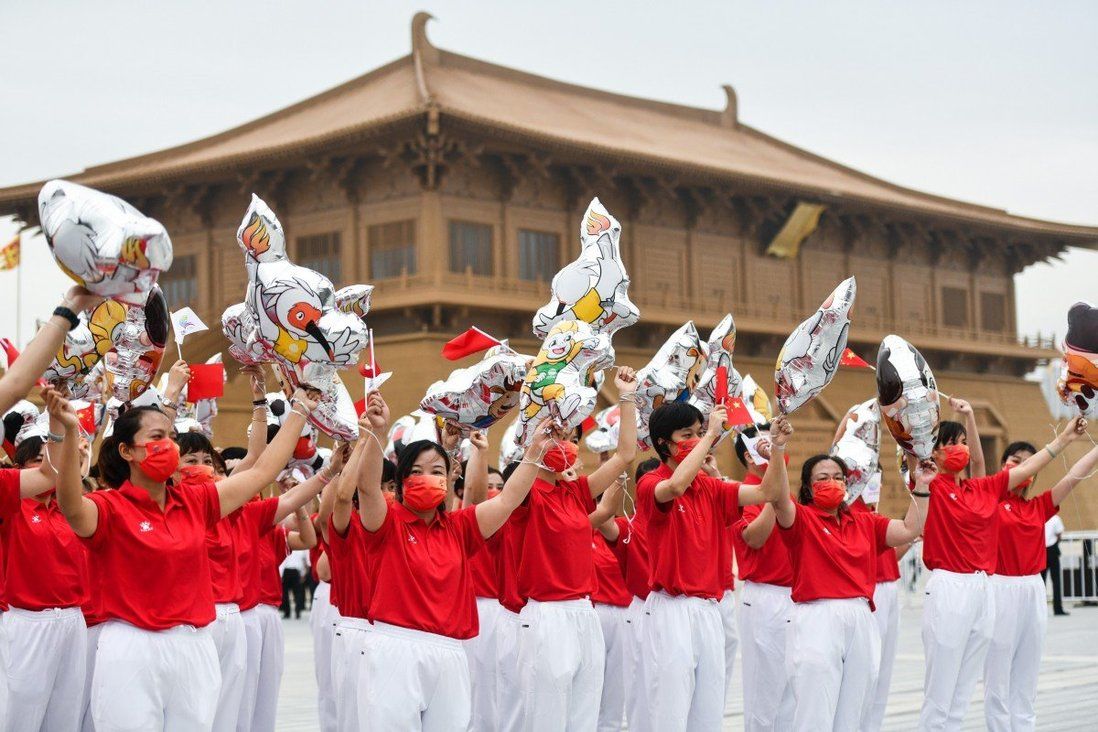 Hong Kong officials will meet China’s governing body for sports and two other co-hosts of the 2025 National Games this month to start planning talks, as a senior Olympics administrator in the city suggested it should stage the opening ceremony.

Yeung Tak-keung, the city’s commissioner for sports, said on Wednesday that another ceremony in September handing over responsibility for organising the Games to the next hosts would allow representatives from Hong Kong, Guangdong and Macau to hold preliminary exchanges with the General Administration of Sport of China, the national agency overseeing the event.

“The next National Games is an important task for Hong Kong. It is our first time that we have undertaken such a large-scale project, so we need to look back at the experiences of other countries and see what type of programmes are suitable for Hong Kong,” he told a radio show.

Hong Kong along with neighbouring Macau and Guangdong province will host the 15th National Games of China, scheduled for 2025.

Lam’s chief adviser Bernard Chan, said on Wednesday that more details would be made available in the first quarter of next year, with responsibility for implementation left to the next administration.

A Guangdong sports official told the Post that the three governments were now forming a joint organising committee – but indicated that Guangdong was likely to take a leading role.

“We will make full use of the existing venue facilities with strict budget management, while making every effort to prevent and control the Covid-19,” the insider said.

The source added that the meeting with the national sport agency, which is responsible for co-organising the next Games, could focus on the division of labour with the budget to be made available by the central government. The meeting is set to be held around the time of the Games handover ceremony on September 27 in Xian.

The first talks exploring the possibility of joint hosting were held in the immediate aftermath of the 2017 National Games in Tianjin, the source said, when Guangdong invited Hong Kong and Macau to open discussions. 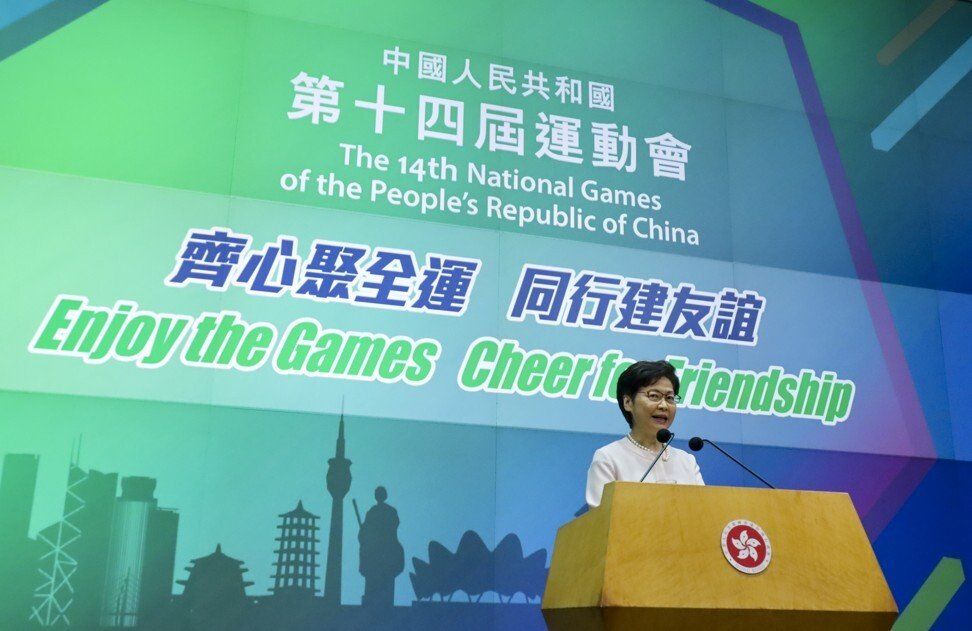 On Tuesday, Lam revealed that she would attend the 2021 closing ceremony, where she hoped to meet her Macau counterpart and officials from Guangdong.

“This year’s National Games have an extra meaning to us, as we will co-organise the next games with Guangdong and Macau next year … We can take this opportunity to have a preliminary discussion on how to coordinate and cooperate with each other,” she said.

Welcoming the August announcement that Hong Kong would co-host the next Games, Lam said the Kai Tak Sports Park – due for completion in 2023 – could be among the facilities staging events.

Timothy Fok Tsun-ting, president of the Sports Federation and Olympic Committee of Hong Kong, said he hoped to see the city host the opening ceremony, as well as cycling and swimming events in the 2025 Games.

“It is meaningful for Hong Kong [to co-organise the National Games]. We have only hosted the 2009 East Asian Games and equestrian events at 2008 Beijing Olympics … The National Games is a large-scale event, and it can attract a lot of friends from the mainland to visit Hong Kong and promote sports culture,” he said. 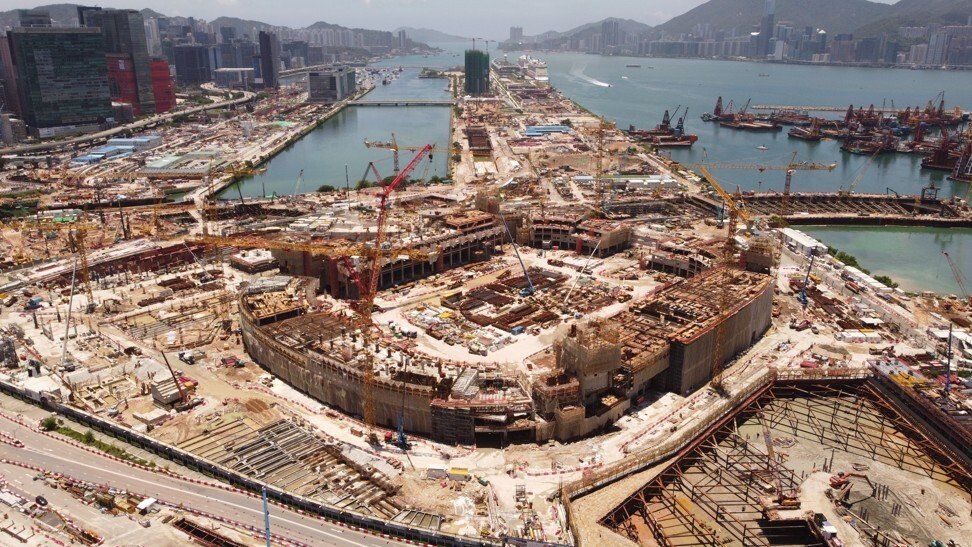 It is hoped that Kai Tak Sports Park, pictured in July, will be ready by 2023.

Fok, a former lawmaker who represented the sports, performing arts, culture and publication functional constituency between 1998 and 2012, said based on Hong Kong’s existing sports facilities, the city was not still not able to organise the National Games alone, but hoped the 2025 event would build a local legacy.

“The leading role of the 2025 games should be decided by the central government. Guangdong has done a great job in organising the Asian Games in 2010. They also have modern facilities … We could say Guangdong is the ‘Big Brother’,” he said.

“I think it doesn’t matter who takes the lead, but to take the opportunity to strengthen the cooperation within the Greater Bay Area.”

Dr Lobo Louie Hung-tak, senior lecturer of the department of health and physical education at the Education University of Hong Kong, said it was premature to discuss how the 2025 National Games would play out with this year’s Games only just starting.

“National Games were seldom discussed in the Hong Kong media in the past. It is sprouting because of the stellar performance of the Hong Kong team at the [Tokyo] Olympics. We can consider it thoroughly after testing the Hongkongers’ attention in this year’s Games,” he said.

He added that the Hong Kong government should also consider the city’s capacity for accommodating athletes and spectators, as the National Games was a preparation for the next Olympics and would involve more than 10,000 competitors.