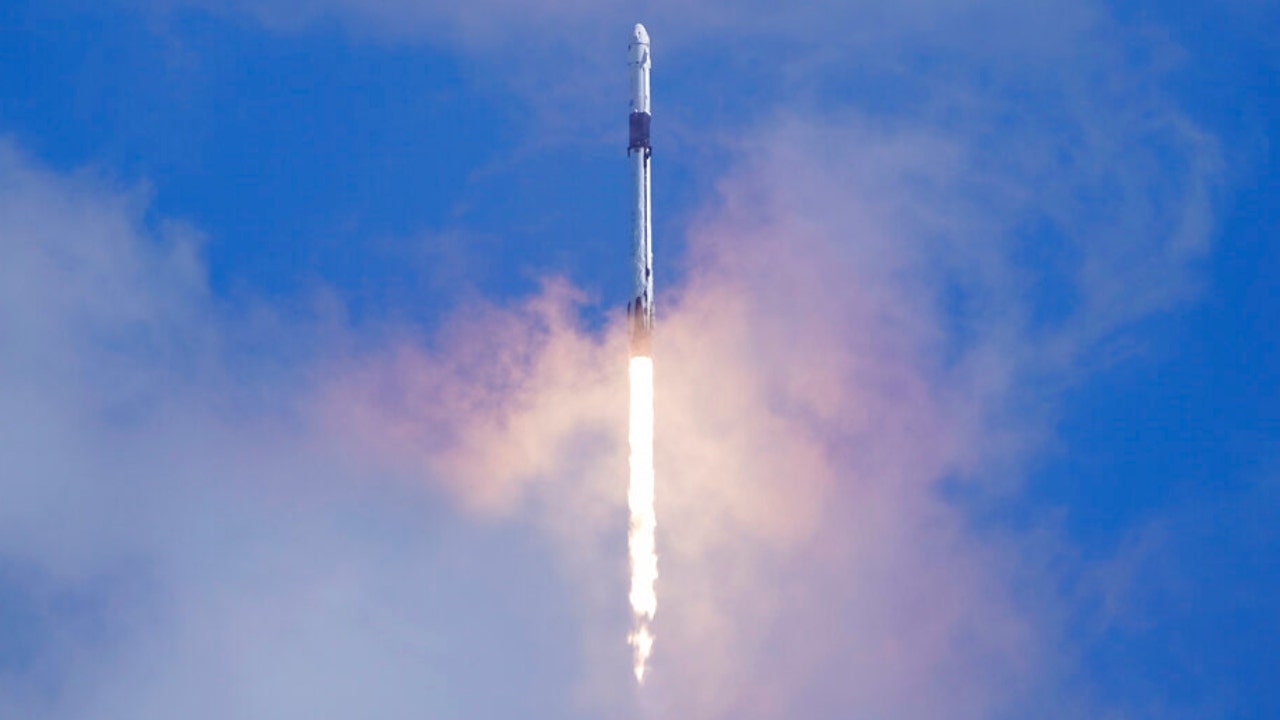 Shortly after noon Eastern Time, SpaceX announced that the SpaceX Dragon spacecraft on a Falcon 9 rocket lifted off from Kennedy Space Center's Launch Complex 39A in Florida.

The spacecraft, Endurance, is scheduled to dock at the space station at 4:57 p.m. ET on Thursday.

"Awesome!" Mann exclaimed as they reached orbit. "That was a smooth ride uphill. You’ve got three rookies who are pretty happy to be floating in space right now."

The launch marks the first time in 20 years that a Russian cosmonaut has rocketed from the U.S. Mann, a Marine colonel, is the first Native American woman to orbit Earth. 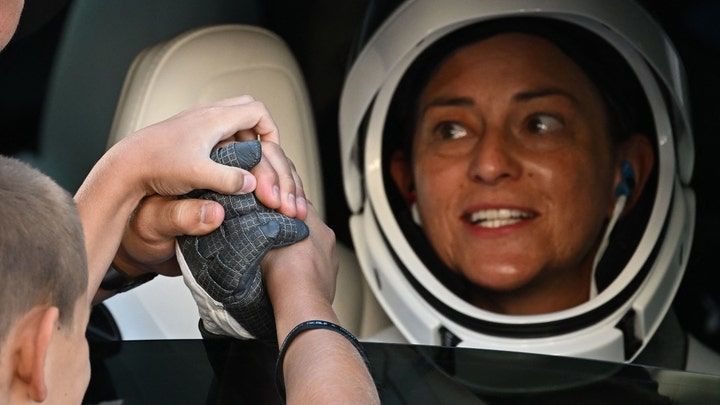 NASA astronaut Nicole Mann says goodbye to her husband Travis and her son Jack as she leaves ahead of the launch of the SpaceX Falcon 9 rocket, carrying the Crew5 Dragon, at the Kennedy Space Center in Florida on October 5, 2022.

This is also the first flight for Cassada – a Navy captain – and Kikina. 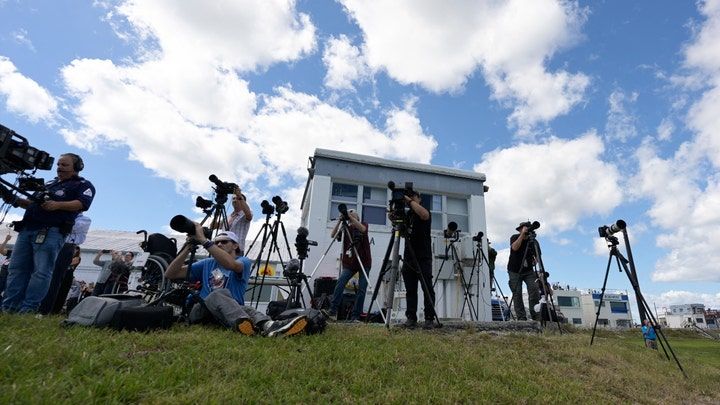 Members of the media work as the SpaceX Falcon 9 rocket with the Dragon capsule launches from Pad-39A on the Crew 5 mission carrying crew members to the International Space Station from NASA's Kennedy Space Center in Cape Canaveral, Florida, Oct. 5

The mission had previously been delayed, most recently due to Hurricane Ian.

The astronauts will return to Earth in March. 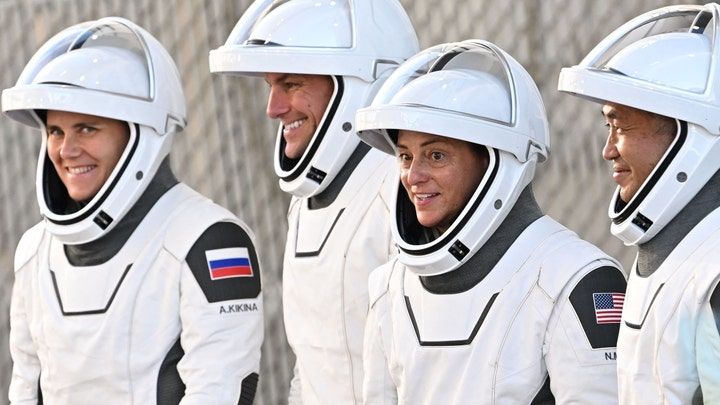