Mystery surrounds the crash of a helicopter belonging to the People’s Liberation Army’s garrison in Hong Kong, which went down in the wilderness of Tai Lam, one of the city’s largest country parks, during a training session on Monday afternoon.

There was no word from both the Chinese military or the city’s government about what happened to the crew on board or the model of the aircraft. Hong Kong’s Security Bureau noted in a brief press release that it had received a “notification” from the garrison’s air wing about the accident, which they said occurred during a routine flight training operation.

“The incident did not involve any injury to the city’s residents or damage to residences. The PLA garrison is handling and investigating the incident in accordance with the Garrison Law. The Security Bureau will continue to liaise with the garrison on the incident,” read the statement.

Military observes believe it could be the first incident of its kind in Hong Kong since the city’s handover from Britain to Chinese rule in 1997, and could also be the most serious blow to the operations of the Chinese military stationed in the territory since then. They say the PLA could still be in the process of rushing to the crash site or searching for the crew, and such accidents would usually incur substantial structural damage to the aircraft.

No one would have known about the crash if the PLA or the Hong Kong government chose to hide it, as the helicopter most likely came down in rugged territory in the 5,370-hectare Tai Lam Country Park in the southwest of the city’s New Territories.

It has been raining in Hong Kong since last week, leaving buildings and mountains covered in mist. Visibility was low because of several heavy downpours on Monday.

The Chinese military normally deploys two models of helicopters in the former British territory. There is reportedly a Z-9 platoon, a utility helicopter modeled after the French Eurocopter AS365 Dauphin which is outmoded as it lacks the maneuverability and survivability of a proper attack helicopter, especially compared with the force’s newer choppers. The Z-9 has an endurance of five hours, with a service ceiling of 4,500 meters.

It is thought there is also a smaller number of the Z-8 transportation and rescue helicopters, a localized version of the now-retired France-made Super Frelon. All the aircraft are based and maintained at the garrison’s Shek Kong Airbase in northern New Territories near the town of Yuen Long.

The latest news on Wednesday said four crew members may have been killed. Also, one to two electricity pylons and sections of power lines along a 400kV ultra-high-voltage route near Yuen Long were likely destroyed during the accident. These assets are owned by the Hong Kong-based electricity company CLP Group.

At about 5pm on Monday, there were no less than 42 reports of lift service interruptions across Kowloon and the New Territories due to a sudden voltage dip, and train services on some MTR lines in those districts were also slightly affected. CLP said on that day there was no power outage at that time and an investigation was underway.

The utility company later added that it had dispatched emergency teams to repair the power towers. It declined to comment if it would seek redress from the Chinese military.

It was not the first time the PLA garrison has suffered damage to its assets. In September 2018, a PLA personnel ship drifted several kilometers from a typhoon shelter at a naval base and ran aground on an uninhabited islet west of Hong Kong’s Victoria Harbor, days after super typhoon Mangkhut battered the city. The ship sustained visible damage to its starboard side with a section of its gunwale completely torn away.

It has also become a routine for Beijing to flex its muscles through large-scale drills by its local garrison to serve as a warning whenever protests in Hong Kong triggered by political controversies descend into rowdy, running battles between radicals and police, amid the city’s simmering localist and anti-China sentiments.

Previously, at least one Z-8 helicopter was spotted hovering amid fumes of tear gas above the campus of the Chinese University of Hong Kong in November, when scuffles and stand-offs between anti-government rioters and police turned the learning hub into a no-go zone.

Despite its military presence, Beijing promised Hong Kong a high degree of autonomy under the “one country, two systems” paradigm when it negotiated the territory’s future with London. The local garrison is banned from meddling in the running of the city and other than off-site training, its soldiers are strictly confined to their barracks.

Hong Kong was constantly under the specter of a PLA intervention and even a repeat of the Tiananmen Square massacre in Beijing in 1989 during the height of the territory’s months-long turmoil ignited by a China extradition bill in June 2019. But the rumor of Chinese troops intervening was only that – a rumor. 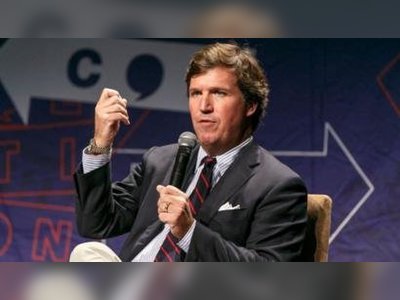