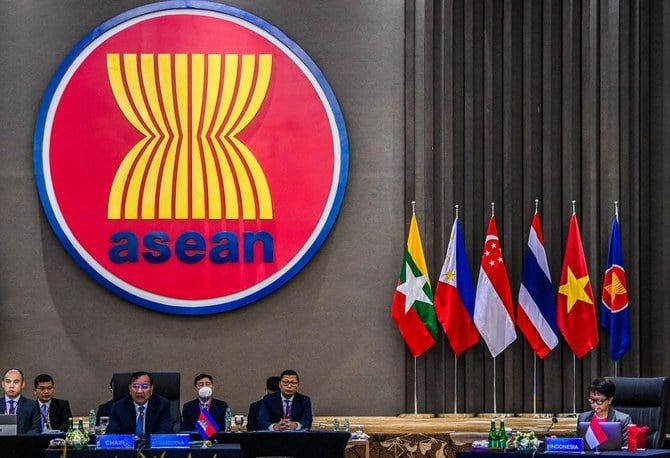 Myanmar’s junta has warned a regional bloc working to defuse its political crisis that setting a timeframe for a peace plan could lead to “negative implications.”

Myanmar has been in chaos since a coup in February last year, with more than 2,300 killed in the military’s brutal crackdown on dissent, according to a local monitoring group.

The Association of Southeast Asian Nations (ASEAN) has led so far fruitless efforts to solve the bloody impasse.

The bloc’s foreign ministers met in Jakarta on Thursday to discuss the crisis. The junta was not represented after it declined an invitation to send a non-political figure.

A peace plan agreed by Myanmar and ASEAN last year — which the former has largely ignored — was a “process,” the junta’s foreign affairs ministry said in a statement late Thursday.

“Inserting additional pressure by setting a timeframe will create more negative implications than positive ones.”

It also accused ASEAN of “discrimination” for not inviting the junta-appointed foreign minister to the Jakarta meeting.

ASEAN has said it is “gravely concerned” over escalating human rights abuses, including the execution of four prisoners in July.

Junta leader Min Aung Hlaing has not been invited to an ASEAN leaders’ summit next month — for the second year in a row — and Myanmar’s top diplomat Wunna Maung Lwin was excluded from ministerial talks in February and August.

The ASEAN policy of “constructive engagement is no longer on the table,” a junta-controlled newspaper said earlier this month.

“ASEAN seems to be acting as a lapdog for the US.”

The junta blames anti-coup fighters for the deaths of almost 3,900 civilians.