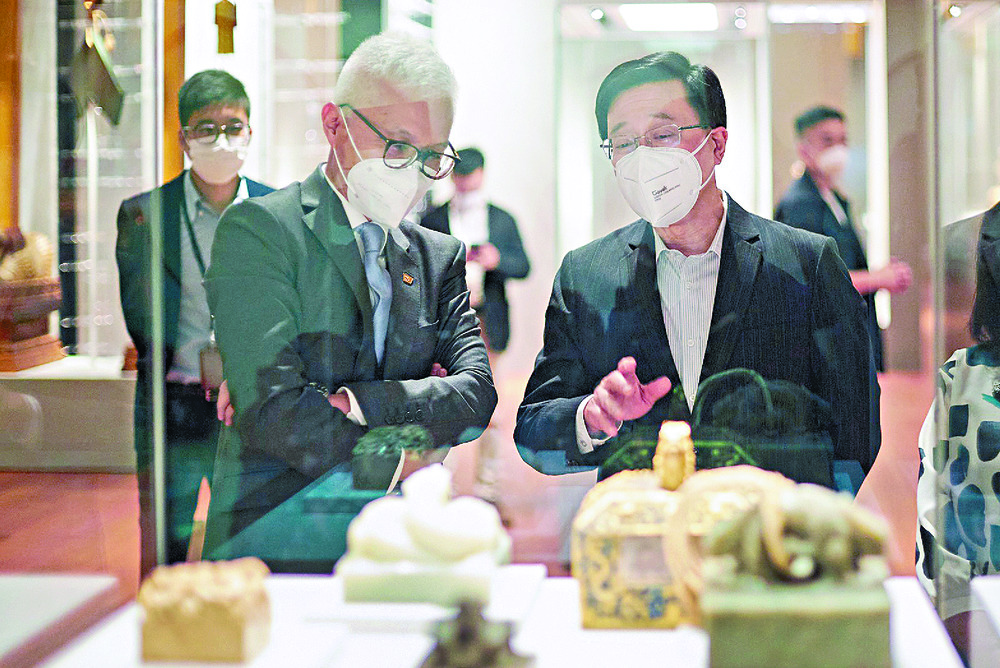 "The museum is based on the Palace Museum in Beijing and illustrates the stories of Chinese history and culture from the global perspective. It also acts as a focal point of cultural interaction between China and the West," Lee said. "The government aims to make Hong Kong a cultural capital and promote a creative economy. I expect to make the district a cultural hub for the bay area and Hong Kong a top exhibition spot for national artifacts and the performing arts."

Lee added that he hopes Hong Kong's art and culture sector will give new momentum to the city's economic development.

Nonofficial members of the Executive Council also paid a visit to the museum last week.