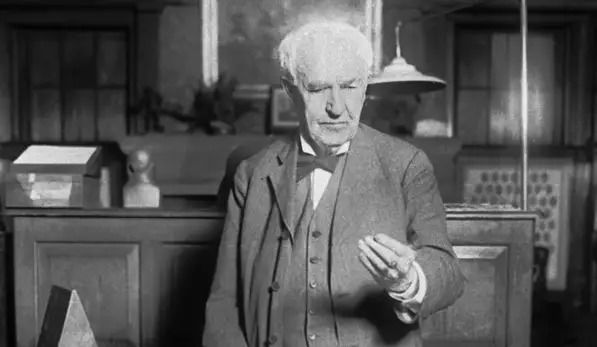 Murder, Fraud, Sabotage, Piracy, and Other Dastardly Deeds Perpetrated in the Name of Science

Trust science. It’s a mantra we’ve all heard repeatedly in the past year and a half, and for many of us, it may seem natural to put our faith in people who wear white lab coats. After all, haven’t they dedicated their lives to finding out the truth for the benefit of mankind? A history of horrors, committed in the name of science, a new book By Sam Kean
You may think differently after reading Sam Kean’s newest book, “The Icepick Surgeon: Murder, Fraud, Sabotage, Piracy, and Other Dastardly Deeds Perpetrated in the Name of Science.” His delightful, highly readable indictment of scientists behaving badly is a timely reminder that no field, no matter how seemingly selfless, is immune from corruption.

Kean takes his readers on an engrossing — and sometimes horrifying — historical tour of the many ways the search for knowledge can go wrong. Organized in rough chronological order, each chapter focuses on a specific transgression. Written with the flair of a beach thriller and the thoughtfulness of philosophy, the pages explode with a wealth of information and juicy details, all held together with virtuoso storytelling.

There’s no shortage of sensational characters. First up in the rogues gallery is William Dampier, an Englishman turned buccaneer (the least respectable class of pirate).

Dampier chose his career to support his insatiable interest in biology, and his field notes reveal a man easily distracted from the business of raiding a town by his delight at discovering colorful parrots. A naturalist and renowned navigator, his research laid the groundwork for Charles Darwin’s theories and added more than 1,000 citations to the Oxford English Dictionary. He also robbed and killed people along the way.

You may have heard of Burke and Hare, the notorious Scottish graverobbers who murdered the poor and friendless to supply bodies for the anatomist Robert Knox. But did you know that in the frenzied race to provide universities with fresh cadavers, rival gangs would fight over the bodies at public hangings? Or that a latter-day review of cases found that 10 out of 36 autopsies began on bodies whose hearts were still beating?

Consider the ice pick surgeon from the book’s title. Walter Freeman did for lobotomies what Henry Ford did for cars — he simplified the process and made them accessible to the masses. His “innovation” was that, instead of drilling through the top of the head, he just shoved an ice pick into the eye socket and swung it back and forth until it severed the limbic system connecting the frontal lobe to the rest of the brain.

It was so simple that most could be completed in less than 20 minutes, with the only visible injury being two black eyes. Unfortunately, Freeman’s haphazard approach to the procedure killed a number of people.

Nonetheless, as the “Johnny Appleseed of psychosurgery,” he barnstormed around the country like an evangelist, visiting asylums and touting lobotomies as a miracle cure. On any given day he might perform half a dozen or so. Being a showman at heart, he frequently entertained crowds by doing two lobotomies at a time, one with his left hand and the other with his right (he was ambidextrous).

One student, a young genius who at 17 required parental permission to participate in the study, endured more than 200 hours of savage, needless ridicule. The young man’s name was Theodore Kaczynski, and he went on to become the Unabomber.

Doctors in Germany were among the first professionals to join the Nazi Party, and they did so in great numbers. During the war, they performed countless highly unethical experiments resulting in problematic but valuable medical knowledge. Can we ever justify using the fruit of this poisonous tree? Before you answer, Kean challenges you to imagine that someone you love has been trapped beneath ice.

Would you want to know the best treatment for hypothermia — even if it’s something Nazi scientists discovered? Even if their unwilling research participants begged for death by the end? It’s a deeply uncomfortable thought.
That said, there aren’t nearly as many Nazis in this book as you might expect.

Kean purposely doesn’t talk about monsters like Joseph Mengele, because when we compare ourselves with the extremes, we tend to let ourselves off the hook. He wants to avoid the psychological trap of thinking, “We’re not as bad as the Nazis; therefore we must be okay.”

In telling the story of “Why Good Scientists Do Bad Things,” Kean is careful to call out extenuating circumstances and, when they happen, acts of humanitarianism along the way.

Nazis aside, his scientists aren’t cartoonishly evil; they fall from grace by pursuing knowledge to the point where the ends supposedly justify the means. He wants us to imagine ourselves thinking as they do, so if we come to the same slippery slope we can learn from their mistakes.

Sometimes with a book review or movie trailer, the worry is that the most exciting parts will be spoiled, leaving you little to discover on your own. There’s no fear of that happening here — there is too much fascinating stuff going on. And make sure you read Kean’s footnotes! They are chock full of tantalizing facts, such as the strategies that have proved most effective in getting a criminal to confess (hint: not torture).

They also list links to Kean’s podcast if you want an even deeper dive on some of the stories. Aspiring screenwriters should check out his appendix for a range of futuristic and imaginary — for now — scientific crimes.

In his conclusion, Kean argues that unethical science is objectionable not only because it is morally repugnant, but also because it is sloppy, shoddy and just plain bad science.

Refreshingly, he proposes specific policies and lays out exactly why they might work. The Nuremberg Code’s guidelines for human experiments, he reminds us, were created for a reason, and they are still effective if we take care to follow them. The best antidote is being on guard.

Kean begins and ends with a quote from Albert Einstein: “Most people say that it is the intellect which makes a great scientist. They are wrong: it is character.” It is an observation that resonates fully by the last page.
Add Comment