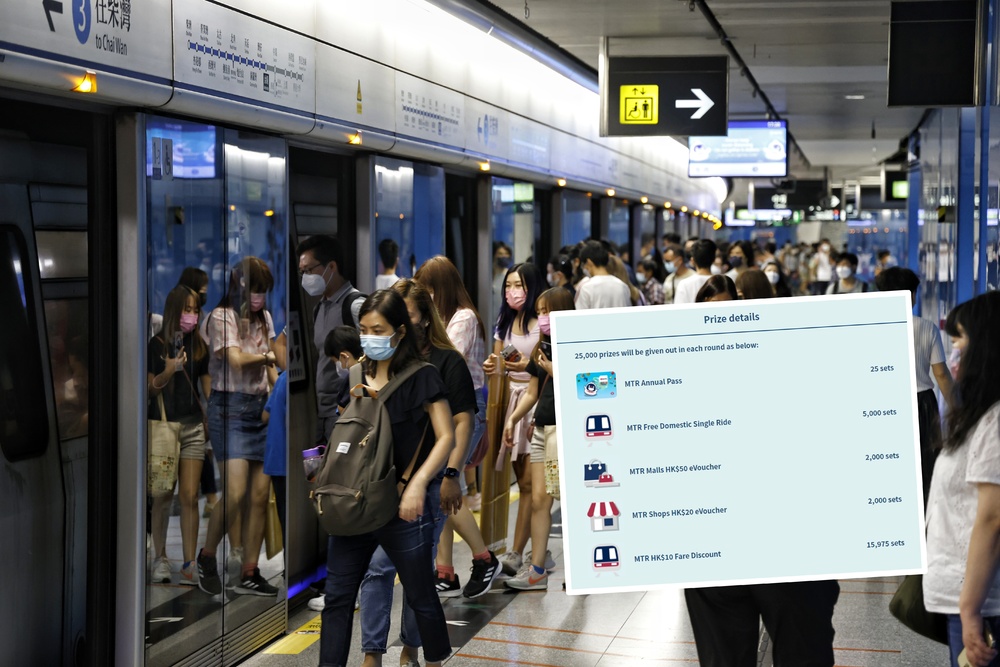 The MTR is giving away 75 annual passes with unlimited subway trips for a year to its riders to celebrate the 25th anniversary of the establishment of the Hong Kong Special Administrative Region.

The news came as the railway company launched an “Instant Win” lucky draw promotion to give away 25,000 prizes per week for three consecutive weeks to mark the silver jubilee of the establishment of the HKSAR.

Starting from June 28, for three consecutive Tuesdays, the “Instant Win” lucky draw will give out 25,000 prizes per week via MTR Mobile, for a total of 75,000 prizes, including MTR Annual Pass, MTR Free Domestic Single Ride, MTR Malls and MTR Shops eVoucher, and MTR fare discount.

Registered users of MTR Mobile can log on from 2pm to 4pm during three consecutive. Tuesdays on June 28, July 5 and July 12 to participate in the lucky draws and instantly find out if they are among the winners. Unsuccessful users will also be awarded 100 MTR points as a token of appreciation.

Separately, the MTR Corporation is collaborating with the Science Museum in organizing the “MTR x Dinosaur Adventure Art Competition 2022” for primary and secondary school students to create artwork combining the characteristics of dinosaurs and the MTR.

The winning entries will be displayed at the Science Museum and selected MTR stations during the exhibition period of “The Hong Kong Jockey Club Series: The Big Eight – Dinosaur Revelation”.