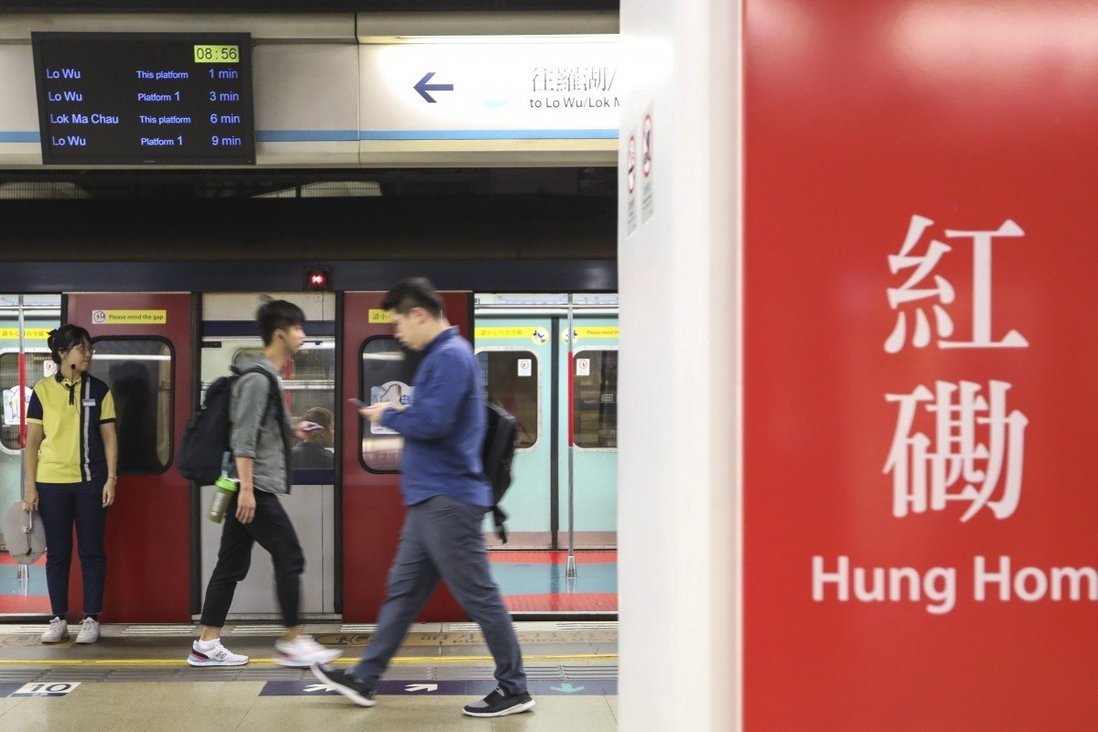 Services to be cancelled between Hung Hom and Mong Kok East stations on East Rail Line, which will be closed on 10 separate weekends starting on January 10.

East Rail line services between Hung Hom and Mong Kok East stations will be suspended on 10 selected Sundays between January and October next year as the MTR Corporation works to connect it to Hong Kong’s costliest railway project.

Announcing the move on Thursday, the MTR Corp said the first two Sunday closures would be on January 10, and February 21, while the remaining eight Sundays would fall somewhere between April and October.

“We thank passengers in advance for their cooperation as the service adjustment may inevitably cause inconvenience to them.”

James Chow So-hung, the corporation’s divisional general manager for projects construction, said the move was to make way for carrying out complex track division works between Mong Kok and Hung Hom to connect the existing East Rail line to the cross-harbour section of the HK$90.7 billion (US$11.7 billion) Sha Tin to Central rail link.

The works involve track reconfiguration for connection to the new section, installation of overhead lines, as well as modification of part of the equipment of the existing signalling system.

Chow said while the project team had been making use of the two-hour golden window of non-traffic hours after midnight to carry out the works, some critical jobs would take longer to be completed during the non-traffic period.

“The bifurcation works on an existing running line are very challenging,” Chow said. “After prudent assessment and planning, the works are scheduled for Sundays to minimise inconvenience caused to passengers.”

Chow said the project team would conduct checks, adjustment works to the tracks and other systems and testing before resuming safe service the following Monday.

“We are very experienced with this type of bifurcation work,” he said. “We have set up various checkpoints to monitor the progress of our work. In case of any unexpected incidents, we have a contingency plan in place.”

Wong said the MTR Corp would announce each suspension date at least one week in advance, with reminders on alternative transport options for passengers through advance notice, and public announcements on the company’s website and its mobile app.

He said a free shuttle bus service running between Hung Hom and Kowloon Tong stations would be provided during the Sunday closures at every 4 to 5 minutes, but the journey time would be much longer, increasing from 20 minutes to 30 minutes.

“Considering the unpredictable road traffic conditions and the reduced capacity of shuttle buses compared to trains, passengers’ journey time is anticipated to be much longer,” he said. 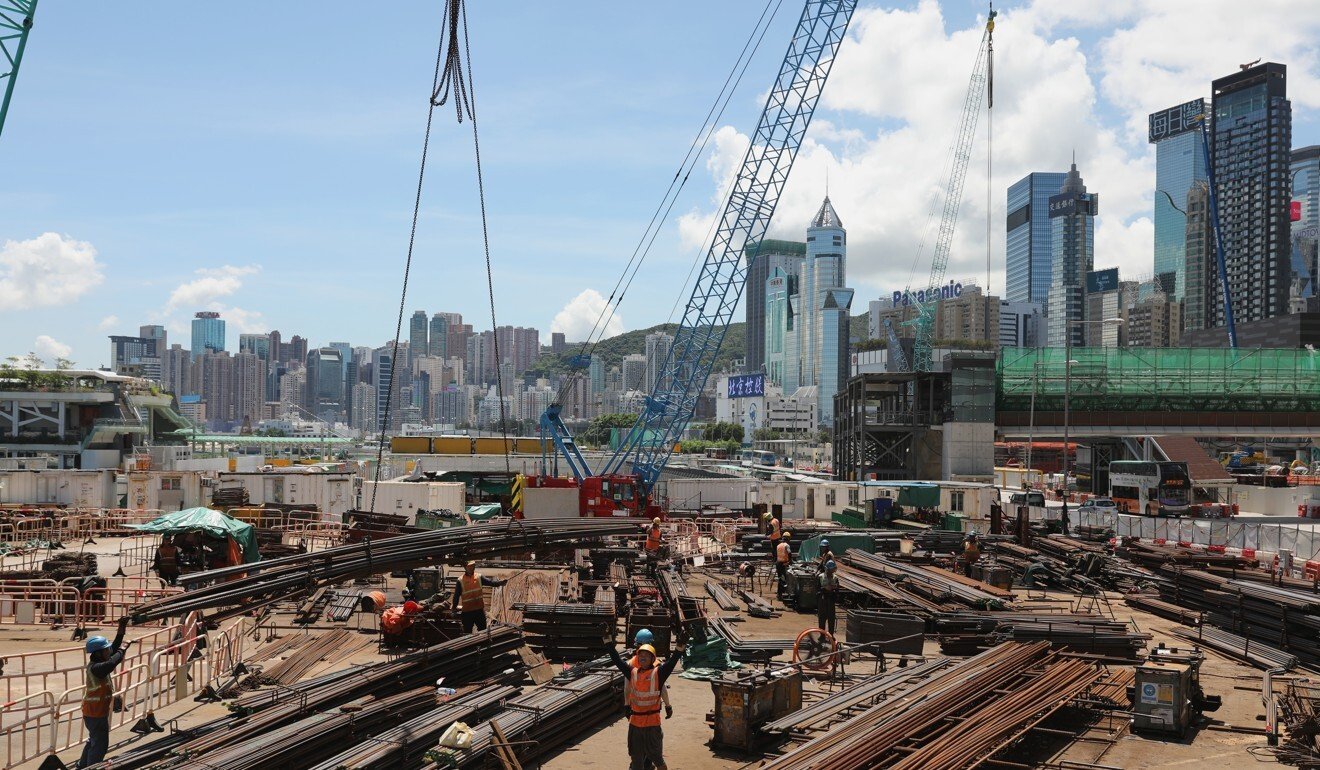 A construction worker guides down some metal beams at the construction site for the Exhibition Centre Station of the Sha Tin to Central Link.

Wong also said during the closures, prominent signage would be posted at affected stations along the East Rail line with additional staff deployed to provide help for passengers.

As to the scheduled completion date for the Hung Hom to Admiralty section for the Sha Tin to Central link, Chow said the target of the first quarter of 2022 remained unchanged, and the public would be informed otherwise.