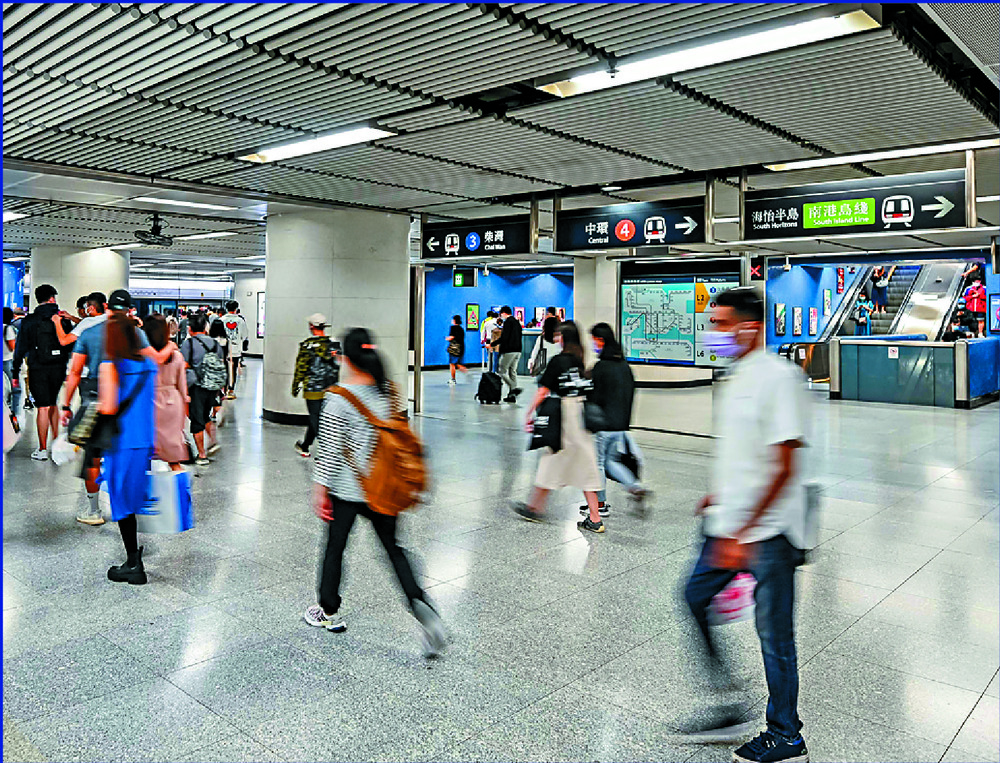 MTR rebate to be extended

The MTR special fare concession of 3.8 percent will be extended for six months until June next year, the railway operator announced yesterday.
The MTRC said it will bear the cost of over HK$200 million from additional resources.

In a statement yesterday, the railway operator said fares have been reduced by 1.85 percent since June this year, coupled with the committed rebate for every trip under the fare adjustment mechanism to 3.8 percent for six months, which is only applicable to commuters who use Octopus or QR code tickets.

The rebate was originally set to expire on January 2.

"Both MTR and Hong Kong people have been facing continuous challenges amidst the Covid-19 pandemic over the past two years," MTR director for Hong Kong transport services, Jeny Yung said.

She added that as a Hong Kong-rooted company, MTRC was dedicated to keeping Hong Kong moving, and aimed to show appreciation to their passengers through the rebate extension as they move to next year.

MTR will also launch a new series of the "Interchange Discount" in collaboration with three green minibus and two franchised bus routes from January 2 next year.

The HK$50 flat reduction of the monthly pass extra will end next month, while the MTR city saver reduction will last until January 1.
#COVID-19  #Covid
Add Comment