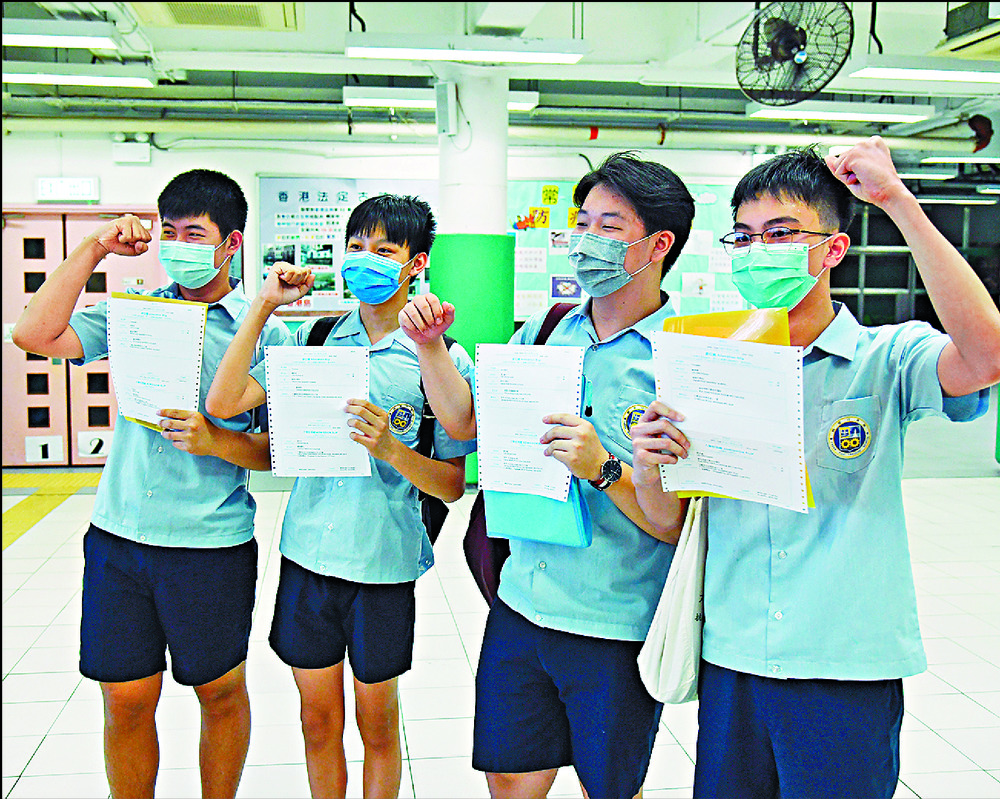 Most students get pick of schools

Ninety-two percent of students were allocated to secondary schools that were among first three choices, the government announced ahead of the release of the official results today.
A total of 52,055 students participated in secondary school allocation this year, which is 2,057 students fewer than last year.

The satisfaction rate is two percentage points higher than the last school year as during the discretionary places and central allocation stages, as 92 percent of students were allocated to their secondary schools that were among their first three choices.

The satisfaction rate for students allocated to their first choice is 81 percent, which is four percentage points up from last year.

Among students allocated through the discretionary places, where students can apply to a maximum of two schools, 65 percent of them got into their first choice school, marking an increase of two percentage points compared to last year.

For those allocated through the central allocation stage, 67 percent of students were allocated to their first choice, which is an increase of five percentage points from last year.

"We hope parents and students can accept the allocation results with a positive attitude," said a spokesman for the Education Bureau.

"The learning progress of students does not rest only on the schools to which they are allocated; it hinges more on whether students are prepared to adopt a proactive approach and learn with a positive spirit," he said.

"It is important for parents to continue to support and encourage their children rather than let their expectations become a burden on their children."

Kelvin Yau Siu-hung, the principal of Yan Chai Hospital Wong Wha San Secondary School, who is also the chairman of New Territories School Heads Association, said that among the reasons for the higher satisfaction rate were that fewer students participated in this year's allocation, and the fact that competition was less intense.

"Immigration could be one of the factors, as the [student] population has also dropped," Yau said. "Another reason is that parents and students made more accurate choices when picking schools, so there's a better match [between schools and students]."

Students and parents who are not satisfied with the results can go to their targeted schools for interviews as the last resort to compete for remaining places.

Considering the lower student population, Yau urged schools to cooperate with each other and seek more balanced enrollment numbers between schools.

All primary six students participating in this year's school allocation should return to their schools tomorrow to collect the allocation slips and admission slips.

Students must also report to their allocated schools during the registration period on Thursday and Friday.
Add Comment