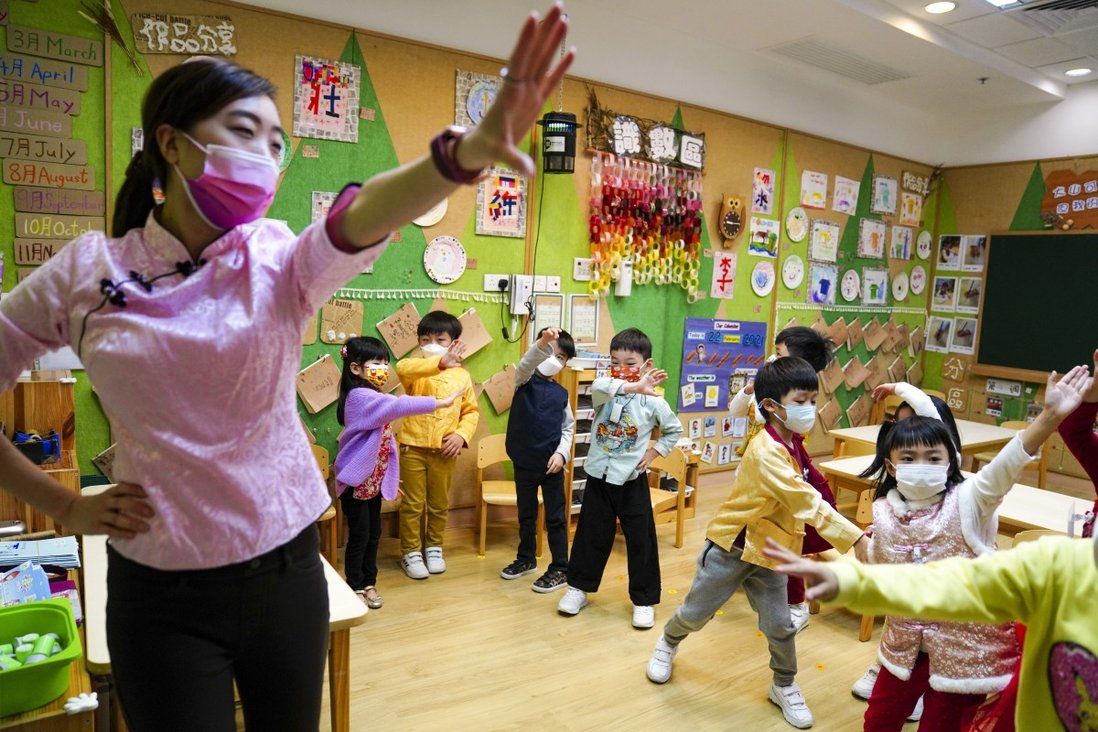 Preschools have taken a financial hit from parents pulling their children out because of the health crisis, emigration.

Three-quarters of Hong Kong’s more than 1,000 kindergartens plan to freeze tuition fees next year despite the Covid-19 crisis driving up pupil withdrawals, while about 250 have applied to the government to raise the charges.

“Under the current environment, many kindergartens are tightening their belts and riding out the challenging times with parents,” said Nancy Lam Chui-ling, kindergarten principal and vice-chairwoman of the Hong Kong Federation of Education Workers.

Kindergartens in Hong Kong have suffered financially from parents pulling their children out during the pandemic, as well as families emigrating. Government data showed that at least 16 have ceased operations since last year or are planning to do so.

Education Bureau figures released on Thursday showed that about 760 kindergartens were planning to freeze fees for 2021-22, which includes 580 non-profit preschools that are heavily subsidised by the government.

Seven kindergartens applied for a tuition fee reduction, but another 250 proposed increases. Both sets of applications are awaiting approval from the bureau.

Last May, more than 350 kindergartens said they would freeze their fees, while about 560 applied for a fee raise.

A bureau spokeswoman did not provide details on the levels of increase proposed by the 250 kindergartens. But she said each institution faced different operational costs and needs, and officials would reach their decisions “as soon as possible”.

Most half-day places at government-subsided kindergartens are free. The annual subsidies are worth more than HK$36,000 (US$4,600) per child. Full-day fees at those preschools are also relatively low, amounting to thousands of Hong Kong dollars annually.

Among those proposing fee changes are kindergartens run by charity organisation Po Leung Kuk, which operates 49 of them.

A spokeswoman did not provide information about the rate of the proposed increases but said individual kindergartens encountered their own financial challenges, including “changes in operational costs, increased spending for activities and campus maintenance”.

She added the group had been providing various measures to relieve the financial strain on parents, including reducing school bus fees and meal charges. 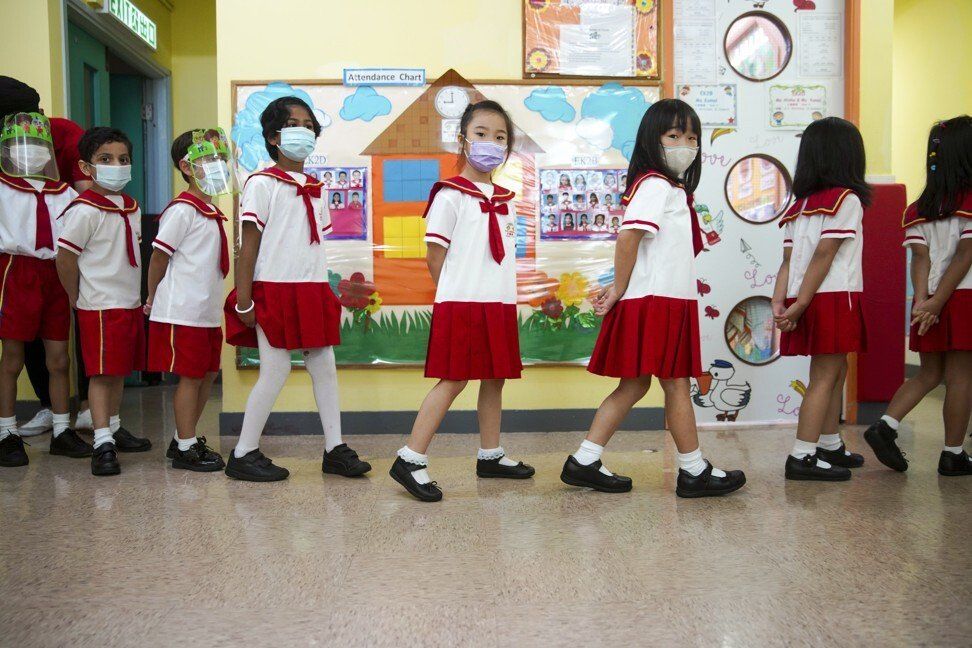 Sun Island English Kindergarten will freeze tuition fees for the next academic year.

Tung Wah Group of Hospitals, which operates 18 kindergartens across the city, as well as Sun Island English Kindergarten, plans to freeze tuition fees next year.

A spokesman for Sun Island, which has nine campuses, said it had noticed a drop in student applications overall this year.

“Some non-local students returned to their home countries under the pandemic, but were unable to return to Hong Kong due to flight bans. Some pupils also dropped out of some of our campuses because of emigration,” he said.

“Even though the schools are being significantly affected financially … we have still decided to freeze fees to avoid increasing parents’ financial pressure.”

During the pandemic, city schools and kindergartens have been affected for most of the past year by the suspension of in-person classes.

Even when they resume on May 24 with pupil numbers at full capacity, most institutions will only be allowed to hold half-day sessions.

A kindergarten principal, who asked to remain anonymous, said some parents had decided to switch from paying for full-day classes to the free half-day sessions, piling more financial difficulties on school management.

She said fee adjustments this year had been a “difficult decision” for many schools as a freeze would mean schools needing to cut expenses. On the other hand, increasing the charges might result in fewer pupils applying and more pupils withdrawing, the principal added.

Principals have also called for the government to consider increasing the level of per pupil subsidies to help ease running costs during the pandemic.