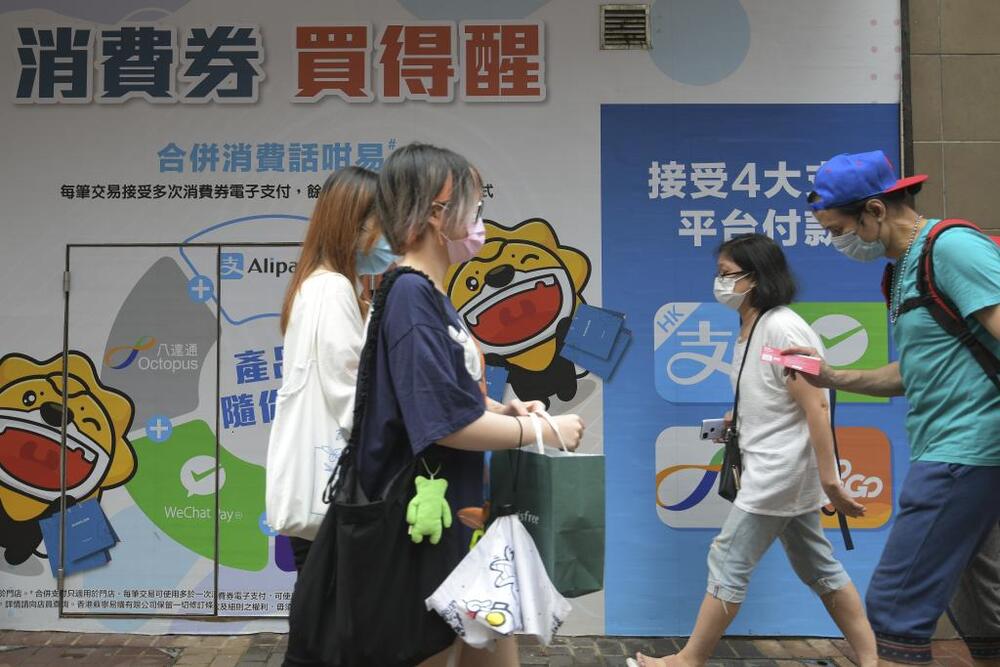 More than 70 percent of citizens are concerned about the impact of rising prices, while over 40 percent hope for the relaxing of anti-epidemic policies, the survey says.
The study was conducted by the Hong Kong Research Association between June 22 and June 28, where the team interviewed 1,134 adult citizens by phone.

More than 40 percent of respondents said the government should relax the current prevention measures against Covid-19, 37 percent thought they should remain unchanged, and 13 percent believed they should be tightened.

Regarding the power outage in New Territories West, 41 percent of respondents were dissatisfied with the government's performance, while 23 percent said, "half and half," and only 17 percent noted satisfaction. At the same time, 20 percent were "dissatisfied" with the power company.

Meanwhile, 64 percent agreed that the government should use the Emergency Alert System to inform citizens of the latest power outage situation.

Up to 73 percent of respondents noted that they were concerned about the price hike and considered that inflation harmed their livelihood.

A total of 67 percent of respondents expected prices to rise in the next three months, a drop of 10 percent compared to the survey in May, while 15 percent said prices would remain stable.

The association urged the next government to actively communicate with the public, improve policy research and explanation, and make every effort to solve the long-standing economic and livelihood problems.
#COVID-19  #Covid
Add Comment