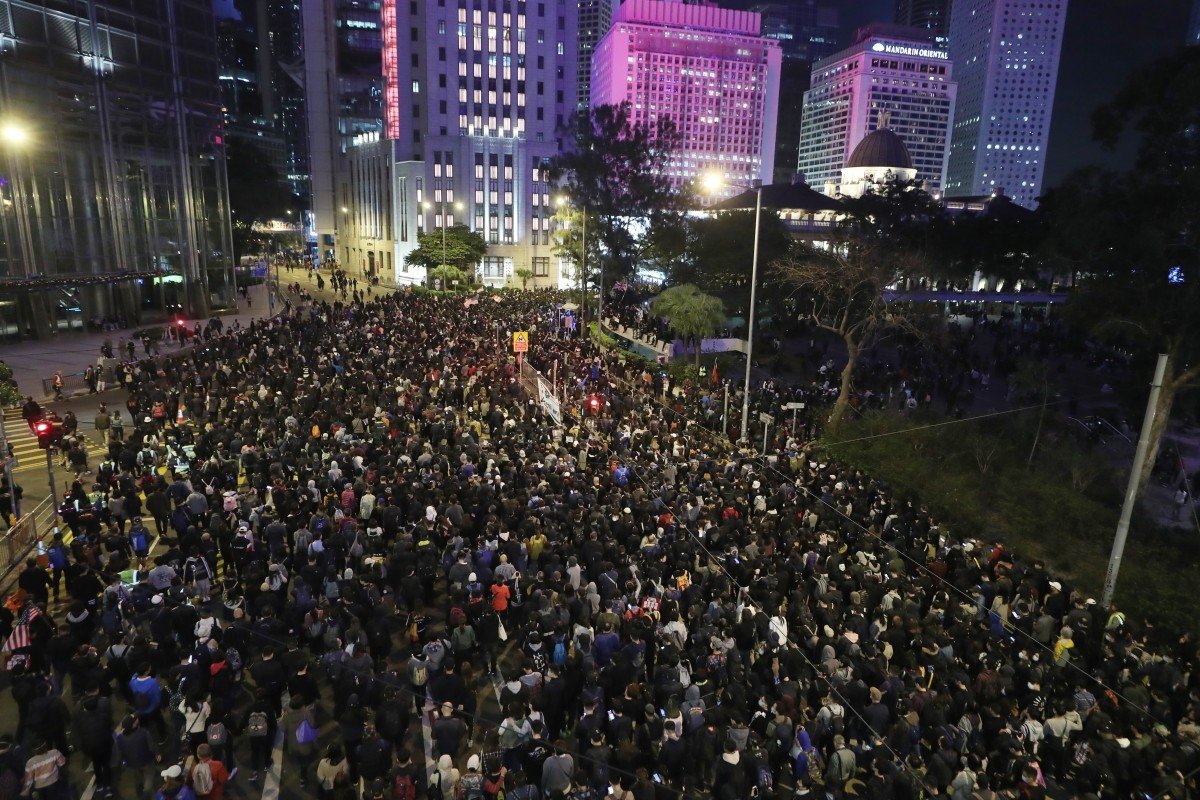 Organiser of New Year Rally on January 1 calls on people to join march and accuses government of white terror against the education sector. Police chief, in Facebook video, warns public not to condone or cover up violence

More than 6,000 police officers will be deployed to handle expected protest chaos in Hong Kong over the new year, sources told the Post on Monday, as the force’s chief vowed to ramp up efforts to arrest lawbreakers.

The deployment was revealed as the organiser of a march on New Year’s Day called on people to join and show solidarity, while accusing the government of taking revenge against those who supported the protests.

Insiders said police would take decisive and early action to prevent radicals from gathering in malls, vandalising shops and disrupting diners and restaurants.

One police source said “we will act vigilantly”, in response to an online post calling for shops along the march’s route – from Victoria Park in Causeway Bay to Chater Road in Central – to be targeted.

In a video posted to the force’s Facebook page, Commissioner of Police Chris Tang Ping-keung said: “If you use violence, you will not get public support. We, the police, will do all we can to arrest you. We will step up our efforts and citizens should refrain from breaking the law.

“Don’t condone or cover up violence. In the coming year, we will face many challenges. But we are not alone. Many Hong Kong people support us. Many organisations support us too. Please stand with us.”

As of last Friday, police had arrested 6,494 people for various offences during almost seven months of civil unrest, sparked by opposition to a now-withdrawn extradition bill that would have allowed the transfer of suspects to stand trial in mainland China, among other jurisdictions. Demonstrations have repeatedly ended in clashes between protesters and police.

“Some incite hatred out of self-interest. They incite people, especially the young, to use violence and to vandalise shops,” Tang said.

Many lawbreakers and their supporters want to jeopardise the police’s operational efficiency by spreading fake news and misinformation to cause division between the force and the public, he added.

Meanwhile, messages emerged on social media calling for rallies on New Year’s Eve that would take place in shopping malls – including Times Square in Causeway Bay, and Elements and Harbour City in Tsim Sha Tsui – before moving on to the harbourfront, West Kowloon, Lan Kwai Fong and the Hong Kong Convention and Exhibition Centre in Wan Chai.

There were also calls to form human chains near major MTR stations across the city, as well as a rally outside Prince Edward station to mark four months since police officers went onto platforms and trains to make arrests and were accused of using excessive force.

“Plain-clothes officers posing as shoppers will carry out surveillance in shopping centres. Detectives will swoop into action when protesters start gathering,” one police source said.

“Riot police will be called in if they refuse to disperse or leave.”

He said police would take a tougher approach than the operation over Christmas.

Unlike previous years, the force had no plans to close roads in Tsim Sha Tsui unless traffic conditions changed. Kenneth Kwok Ka-chuen, the chief superintendent of the force’s public relations branch, conceded the decision was “flexible” depending on protests, which often emerged at short notice.

On Hong Kong Island, police will start closing Lockhart Road and East Point Road in Causeway Bay at 4pm and streets near Central Pier and the Hong Kong Convention and Exhibition Centre at 9pm. The force will also close off roads in Lan Kwai Fong from 2pm.

As revellers bring in the new year, police will deploy about 2,000 officers on Hong Kong Island and another 1,000 in Kowloon. The MTR will provide overnight railway service.

On New Year’s Day, about 3,000 officers will be out in force, with the deployment of two water cannons when the march takes place in the afternoon.

In urging the public to take part in the New Year Rally, the Civil Human Rights Front convenor, Jimmy Sham Tsz-kit, accused the government of spreading white terror in the education sector by threatening to suspend or fire teachers and principals who supported the protests.

“The government has started to take revenge. Their first target is the education sector,” he said, adding that the march would also protest against pay rises for police officers.

The front disassociated itself from the poster calling for shops to be vandalised along the march route and said it had only been shared in pro-government groups.

During the front’s last march on December 8, the group estimated a turnout of about 800,000 people, while police put the peak figure at 183,000.