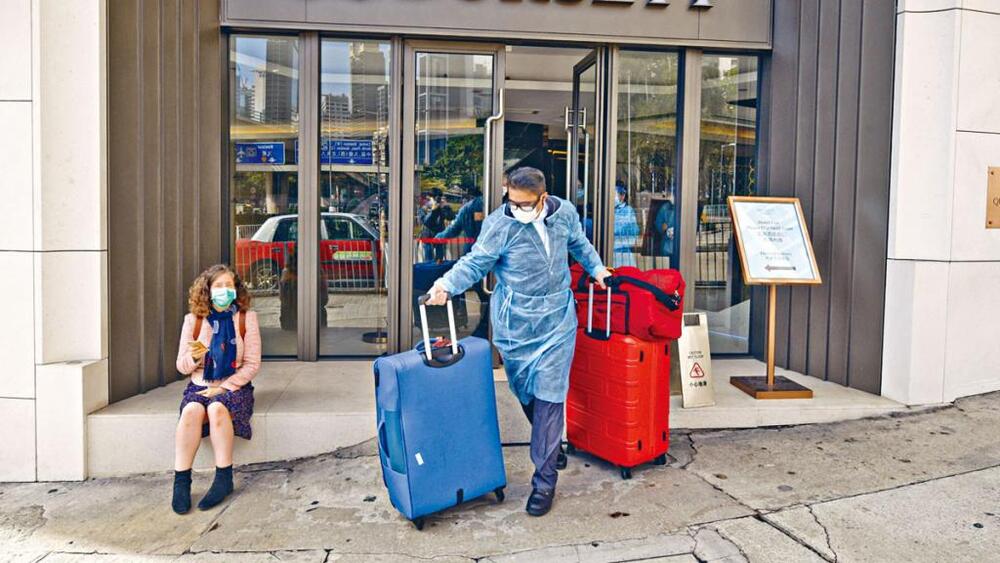 More than 11,900 sign petition calling for HK to abolish hotel quarantine for arrivals

An online petition calling for Hong Kong to remove hotel quarantine for vaccinated residents returning from overseas countries has been signed by more than 11,900 by Thursday evening.
The initiator of this petition, which goes by the name "Pprune Prune," urged the government to allow residents to quarantine at home for seven days due to a complete lack of hotel options.

"Why are Covid positive cases in Hong Kong allowed to isolate at home even without a tracking device while incoming travelers who test negative are forced into hotels?" The petition stated.

It claimed as more than 60 percent of Hong Kong has had the virus already, quarantining returning residents makes no sense.

Over 4.4 million people in Hong Kong have been infected with Covid-19 during the fifth and worst wave of outbreaks, according to estimations by medical experts at the University of Hong Kong.

Dean of HKU medical school Gabriel Matthew Leung, who led the research team, said the number accounts for around 60 percent of Hong Kong's population, totaling approximately 7.4 million by the end of last year.

A netizen who signed the petition commented: "I don't see the need to spend lots of money at a hotel when I already pay my very expensive rent in HK."

"It's an unnecessary restriction that most civilized countries have given up on," another added.

Hong Kong will lift its ban on flights from nine countries – Australia, Canada, France, India, Nepal, Pakistan, the Philippines, UK, and the United States – from April 1.

The quarantine period for Hong Kong resident overseas arrivals will also be shortened from 14 days to just seven if they return a negative PCR test result on the fifth day of their stay and negative rapid test results on the sixth and seventh day.

Infectious disease expert Ho Pak-leung expected a shortage in quarantine hotel rooms after the flight ban is lifted. He earlier suggested the government allow Hong Kong residents to isolate themselves at home, in line with the current arrangements for close contacts of Covid-19 patients in the community.
#COVID-19  #Covid
Add Comment