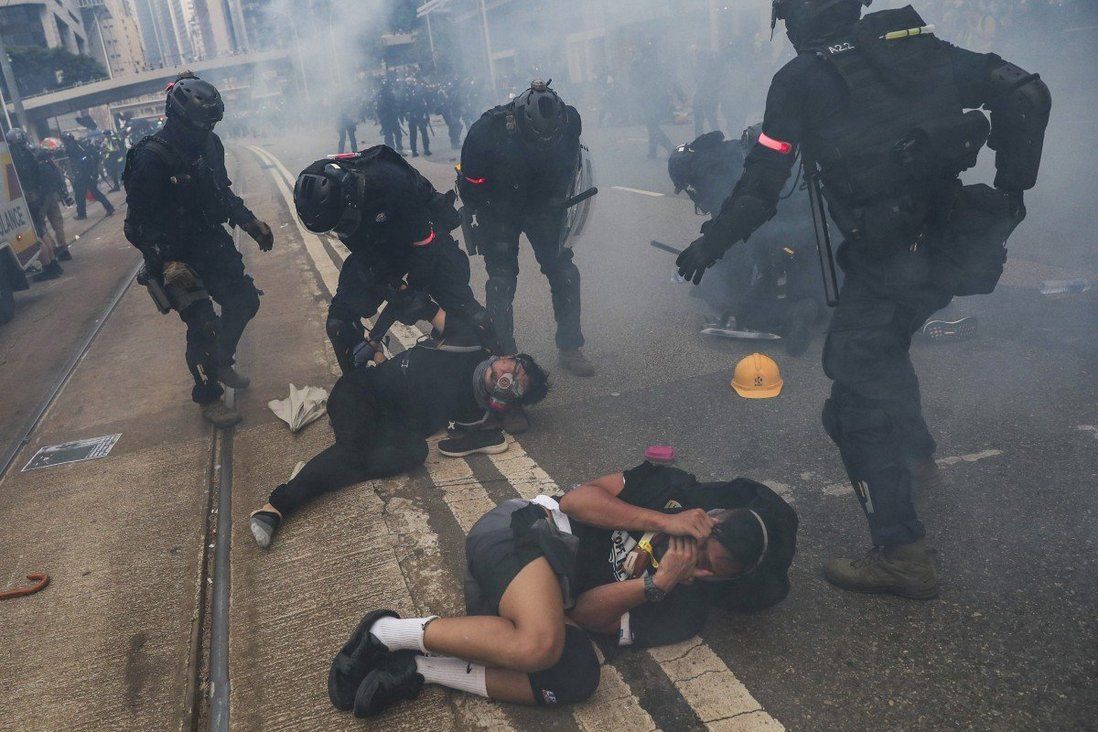 Papers released by Department of Justice, Civil Service Bureau, and Constitutional and Mainland Affairs Bureau show 10,242 arrests made since civil unrest began in 2019.

“Of the 2,521 arrestees having undergone or undergoing judicial proceedings, 883 have to bear legal consequences – including 614 convicted, 261 bound over, four subject to a care or protection order and four punished in civil proceedings for contempt of court,” the justice department said.

“The charges against another 50 have been withdrawn and another 186 have been acquitted after trial, while the rest are undergoing judicial proceedings.”

According to the Civil Service Bureau, of the city’s more than 170,000 civil servants, 26 were being investigated or had been charged, while there were “eight probationers whose service had been terminated under the Civil Service Regulations”.

Hong Kong was rocked by months of protests, which were sparked by the now-withdrawn extradition bill in June 2019. The opposition to the bill morphed into wider and often violent civil unrest, with police heavily criticised for their handling of the protesters, and themselves becoming targets of online doxxing.

It eventually led to Beijing imposing a national security law on the city last June, and since then stability and order have been gradually restored.

The Constitutional and Mainland Affairs Bureau cited figures showing the privacy commissioner’s office handled 4,370 doxxing-related cases in 2019, of which some 36 per cent, or 1,580, involved law enforcement officers and their family members or friends.

Legislator Elizabeth Quat, of the pro-government Democratic Alliance for Betterment and Progress of Hong Kong, urged the judiciary to set up a special court to hear cases related to the events of 2019, and called on the justice department to form a dedicated team of prosecutors to handle the cases.

“The police have arrested over 10,000 people and only 800-something have received punishment. That is very unsatisfactory and such delay may give the society an impression that the Department of Justice and the judiciary are not taking the cases seriously,” Quat said.