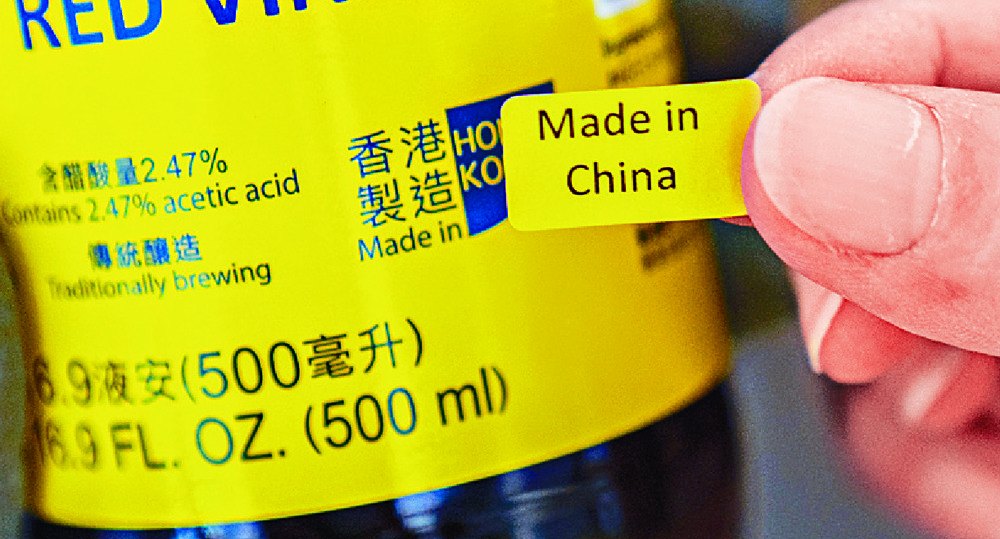 Thirteen members of the World Trade Organization have shown interest in joining meetings of a resolution panel to deal with the dispute between Hong Kong and the United States over "Made in China" labeling.
That came as the WTO's Dispute Settlement Body accepted a second request from Hong Kong to establish a panel "to rule on US origin-marking requirements for goods," a trade official said in Geneva.

Hong Kong made the first request for arbitration on January 25, but it was blocked by US President Joe Biden's administration. Although the second request was accepted, a settlement may take years.

A month later, US customs announced that goods imported from Hong Kong would have to be stamped "Made in China" rather than "Made in Hong Kong." That started in November.

Meanwhile, the US delegation to the WTO backed the Trump administration's decision to label Hong Kong exports as "Made in China" and said the organization had no right to mediate the matter.

"The situation with respect to Hong Kong, China, constitutes a threat to the national security of the United States," the US delegation said, Bloomberg reported. "Issues of national security are not matters appropriate for adjudication in the WTO dispute-settlement system."

Hong Kong's permanent representative to the WTO, Laurie Lo Chi-hong, spoke at the Dispute Settlement Body meeting on Monday to reiterate the SAR's "strong" objection to the United States' "unilateral and irresponsible" imposition of the new requirement.

The requirement "is also inconsistent with a number of WTO rules, and it damages Hong Kong's interests as a WTO member," Lo said.

A spokesman for Hong Kong's Commerce and Economic Development Bureau said yesterday that 13 WTO members had indicated an interest in joining the panel meetings as third parties.

"This shows their concern with the issue, which involves the multilateral trading system and the equal rights of WTO members," he added.
#Donald Trump  #Joe Biden
Add Comment