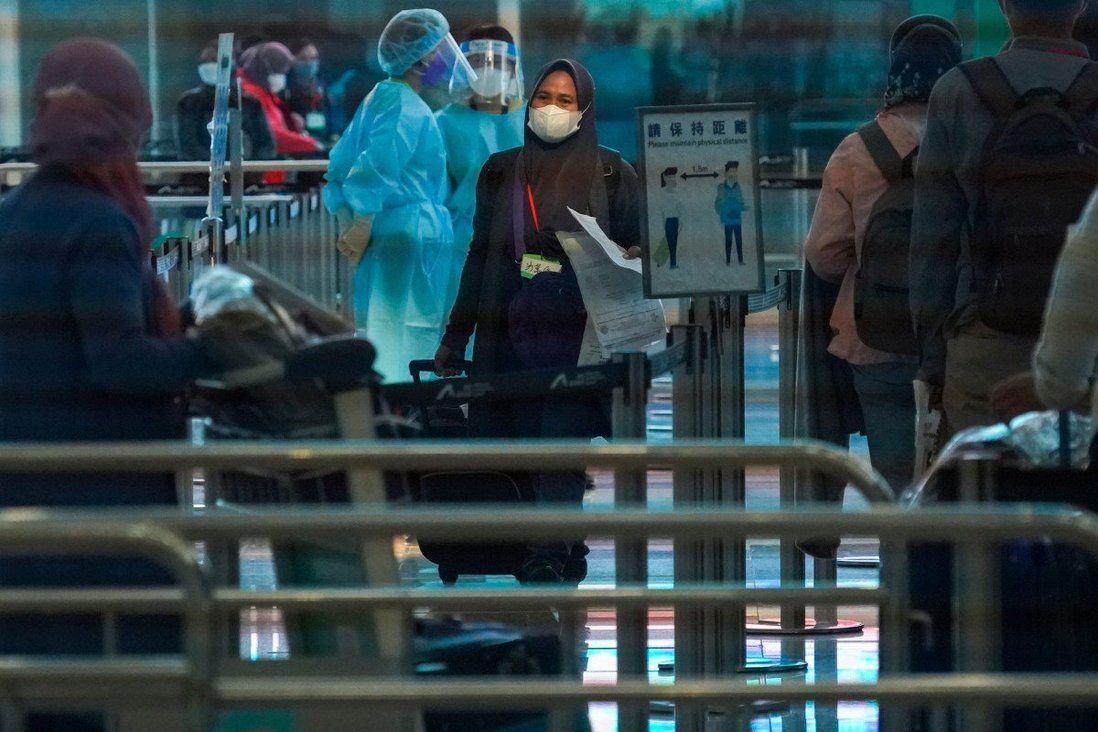 Number of foreign domestic helpers in Hong Kong has dropped from about 400,000 to 350,000 during pandemic, Law Chi-kwong says.

Hong Kong should provide more hotel rooms for arriving domestic helpers to serve out their quarantine, the labour chief has said, warning the current manpower shortage could weaken the city’s economic recovery.

Secretary for Labour and Welfare Law Chi-kwong on Sunday also revealed that the number of foreign domestic helpers had dropped from more than 400,000 two years ago to about 350,000 amid the Covid-19 pandemic – a decline which he said would have a wider effect on the city.

“The impact will not be limited to the relevant families or those people who required caretaking from domestic helpers,” Law wrote on his official blog.

“As some members will have to quit their jobs to take care of their families, the labour market and many industries in Hong Kong are set to be affected. If the situation continues, it may affect the city’s overall economic recovery.” 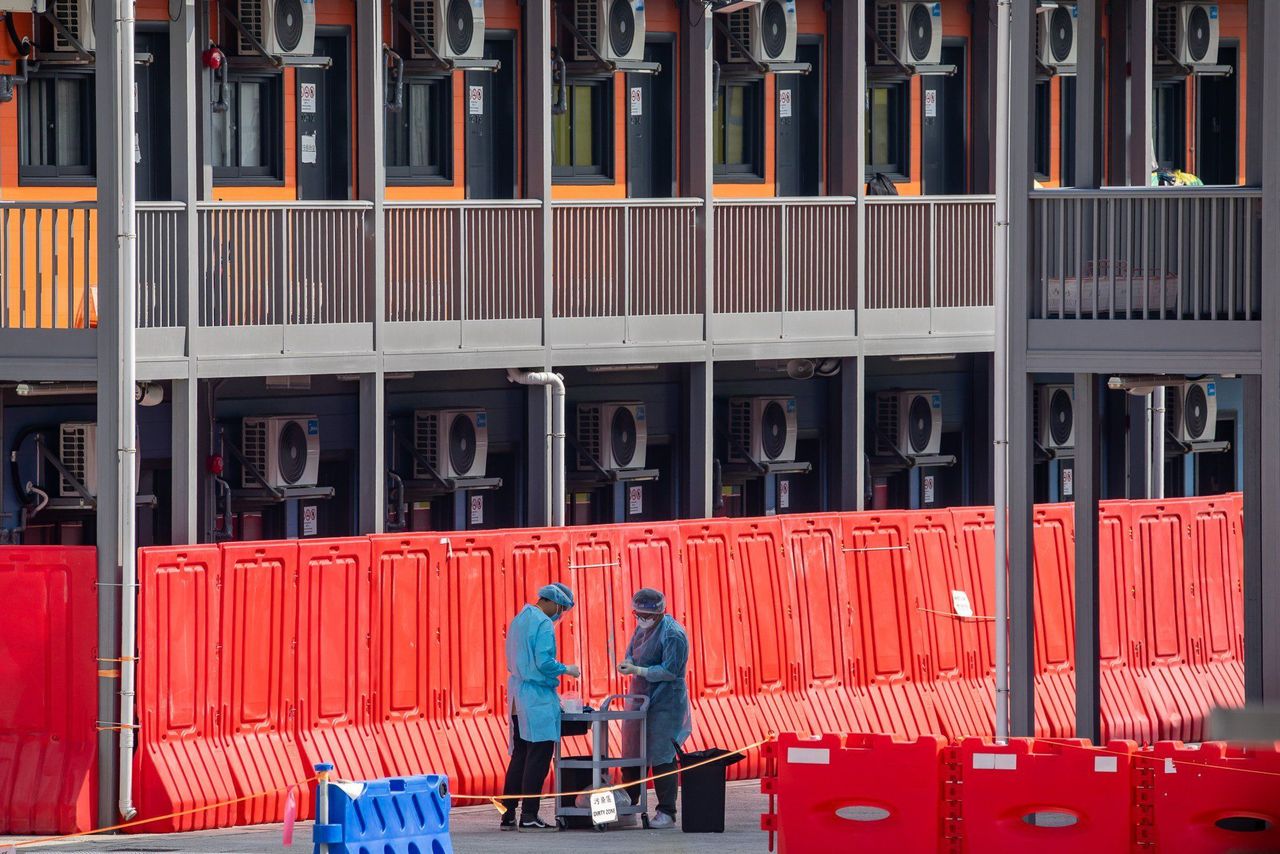 The government-run quarantine facility at Penny’s Bay on Lantau Island.

While no regulations limit the number of domestic workers entering the city, only three quarantine hotels have been designated to handle arriving helpers, creating an effective cap and leading to bidding wars for their services in some instances.

With the Omicron variant spreading and more arrivals from various countries required to serve an initial four days of quarantine at the government’s Penny’s Bay facility on Lantau Island, the 1,000 slots originally designated for domestic helpers there will no longer be reserved for them from this month.

Instead, arriving domestic workers and those who have not completed their isolation at Penny’s Bay will be moved to the new Regala Skycity Hotel, also on Lantau. It will provide 1,138 rooms in addition to the 1,000 offered by two other properties, the Rambler Garden Hotel and Courtyard by Marriott Hong Kong.

Law expected the number of new helpers arriving in the city would not increase drastically in the short term, given most of the new slots provided by the Regala Skycity Hotel in January would be “offset” by those who were originally scheduled to go through their isolation in Penny’s Bay.

“The Labour Department will continue to work closely with hotels that are suitable and interested in becoming designated quarantine facilities for foreign domestic helpers. I hope that good news will be announced in the short term,” Law said.

He added authorities would monitor the Covid-19 situation in the Philippines and Indonesia, where most of Hong Kong’s helpers came from.

Cheung Kit-man, chairman of the Hong Kong Employment Agencies Association, said more that 4,000 foreign domestic helpers were waiting to work in the city, with the delay for some longer than a year.

“All hotel rooms are fully booked in the coming months,” Cheung said. “If an extra 1,000 quarantine rooms could be provided, I think we can clear the backlog within three to four months.”

Cheung estimated that at least 10,000 employers had given up hiring a helper in the past year.

But Betty Yung Ma Shan-yee, chairwoman of the Hong Kong Employers of Overseas Domestic Helpers’ Association, said the government should increase the capacity in a controlled manner to avoid community outbreaks of Covid-19.

“The scheme should be more flexible – if more imported cases from the Philippines and Indonesia are recorded, the government should not increase the quota,” Yung said.