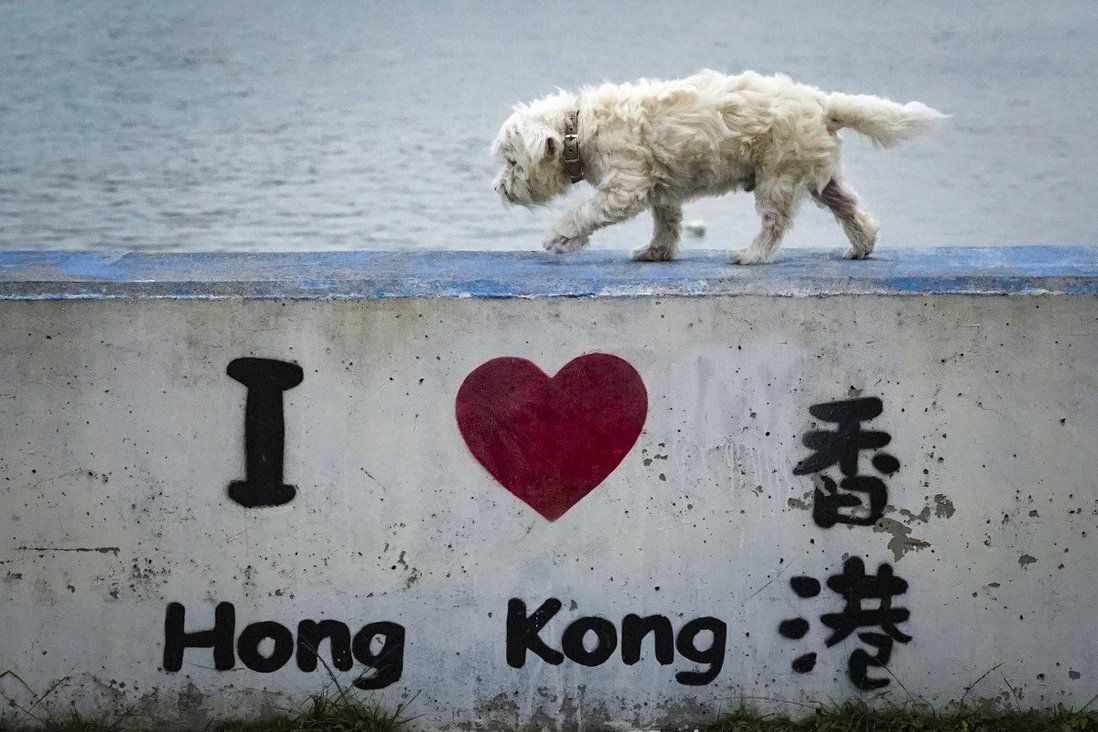 Statistics from the Agriculture, Fisheries and Conservation Department show that 262 animals have been surrendered in the first half of the year.

Gyro, a four-year-old mongrel, was finally given a home when a family adopted him from Hong Kong Dog Rescue in mid-2019.

But the family returned Gyro to the NGO earlier this year as they were leaving for Britain without him.

“I am very angry,” said Eva Sit Ngai-man, communications manager at the animal shelter founded in 2003 to save homeless and unwanted dogs. “When the family first met Gyro two years ago, they filled in a questionnaire saying they would take Gyro along if they ever left Hong Kong. They broke the promise.” 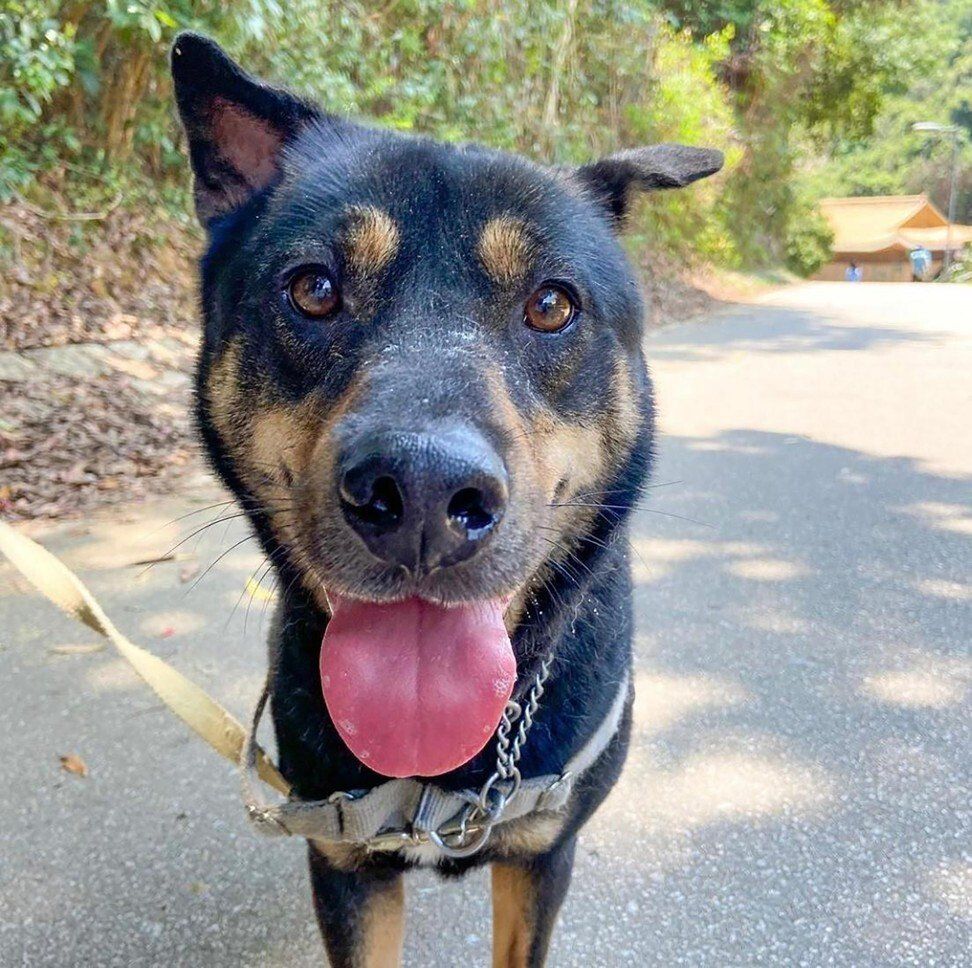 Gyro, who was returned to Hong Kong Dog Rescue after his owners left for Britain without him, has since been adopted by a loving family.

For a dog or cat destined for Britain, costs of services for its quarantine, flight and customs clearance could range from HK$30,000 to more than HK$100,000, depending on the size of the animal.

Gyro was adopted by a loving family soon after he was returned to the shelter, but not many were as lucky. According to Sit, the NGO used to receive about 30 dogs a month, mostly from the Agriculture, Fisheries and Conservation Department (AFCD). But over the past six months, around half of the abandoned dogs were from third parties or owners who had decided to leave the city.

“If you treat your pets as family members, you will not give them up just because of a change in your own personal life” Sit said. “We should not make any excuses. It’s a matter of commitment.”

About 34,300 Hongkongers had applied for the new pathway to British citizenship as of the end of March, with 7,200 requests already approved, according to official figures.

Statistics from the AFCD showed that 262 animals, including 208 dogs and 18 cats, were surrendered to the department in the first half of this year, compared with 376 animals in the same period of last year. 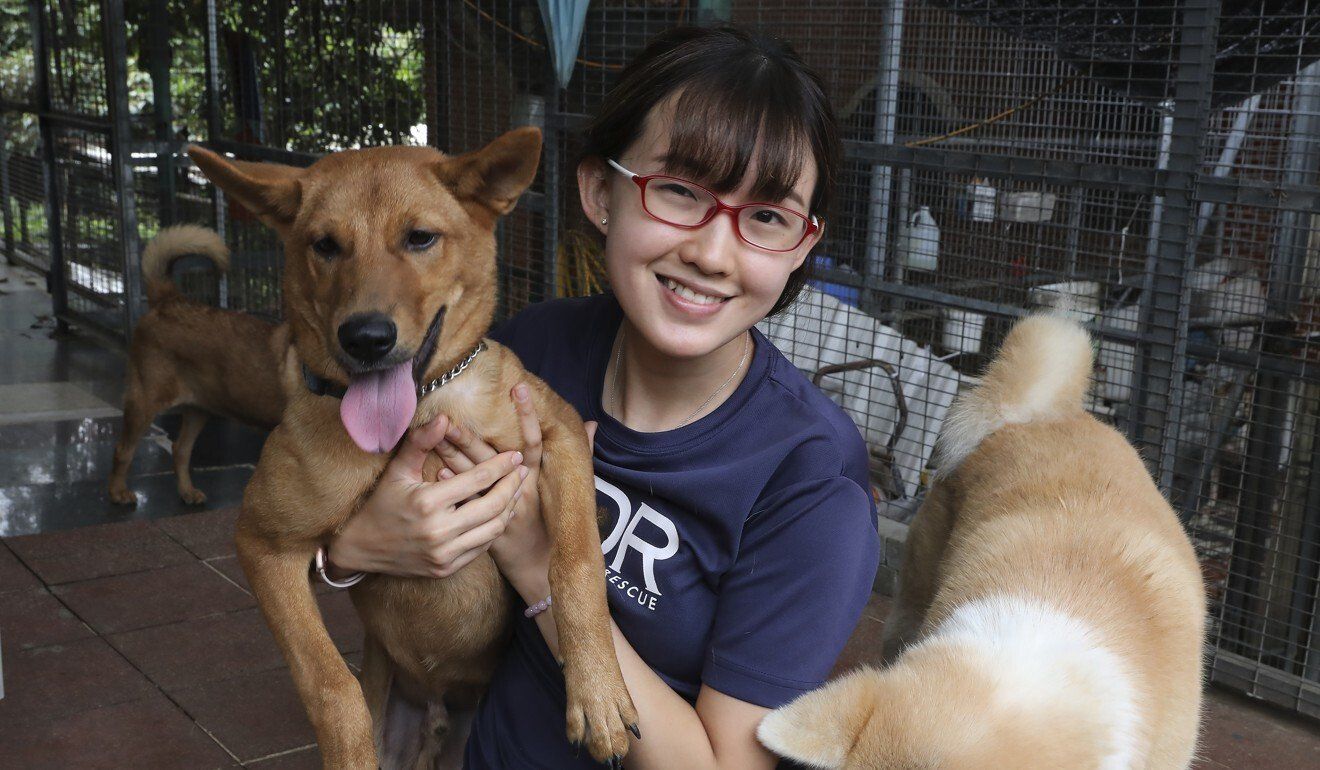 Eva Sit of Hong Kong Dog Rescue says having a pet is a lifetime commitment.

“Owners surrender their pets due to various reasons, including the animal’s old age, health problems, noise, owners’ living conditions and cost of keeping the animals. No particular trend is observed regarding pets surrendered by owners before leaving Hong Kong,” the department said in a reply to the Post.

Kent Luk Ka-jeep, founder of Paws Guardian Rescue Shelter, said he used to receive one or two inquiries each month from owners who planned to abandon their pets. The past six months saw more inquiries, with about two received per week.

He slammed irresponsible owners for settling in another place without a proper plan. 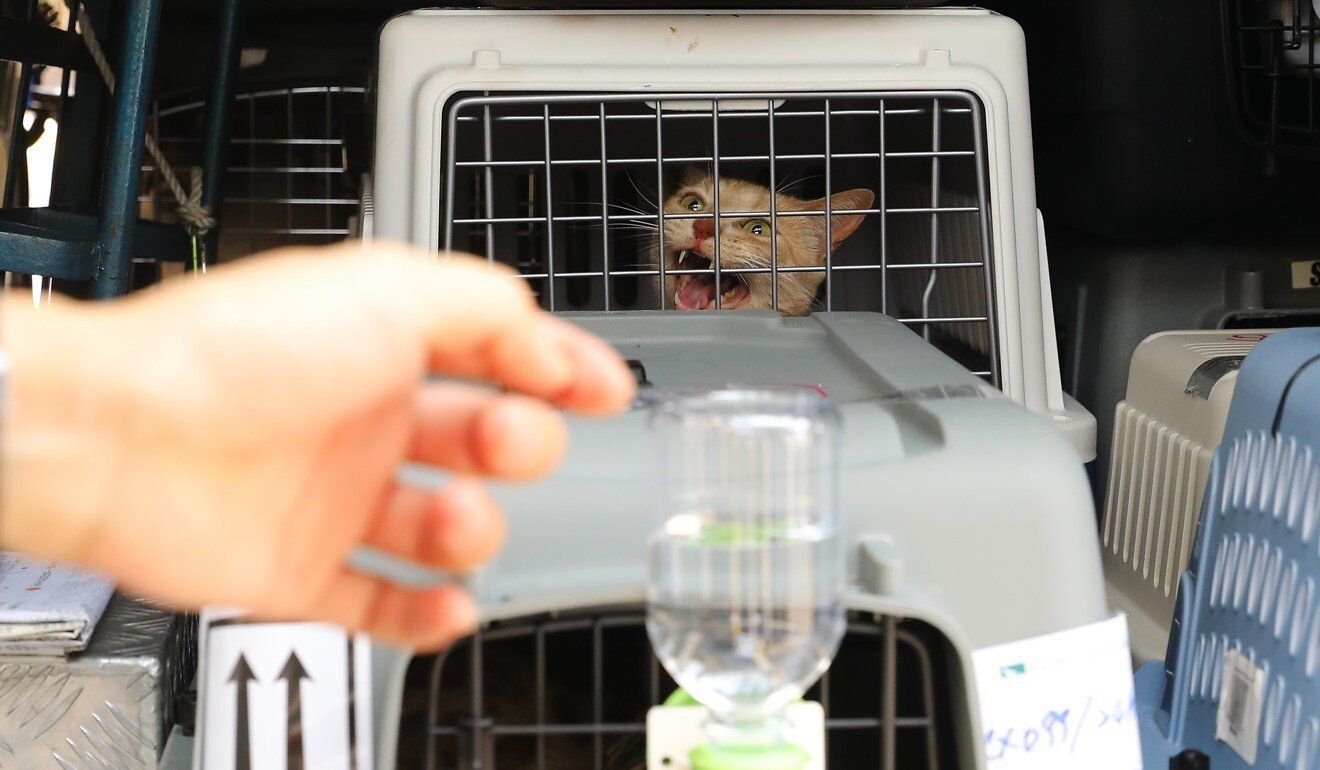 “Some [owners] see the pet as an extra economic burden,” said Luk, adding that some had even approached him on WhatsApp for help, with excuses on why they needed to surrender their pets.

Luk said an owner of two domestic short-haired cats had contacted him in April, hoping Luk could help rehome the pets before he moved to Britain.

“The owner stressed he loved the cats and was not abandoning them. But he said he had no choice as he was rushing to leave the city,” Luk said, adding that the eight-year-old cats were both very healthy.

The man then vanished and never replied, so Luk deduced that he might have already received help from another concern group. 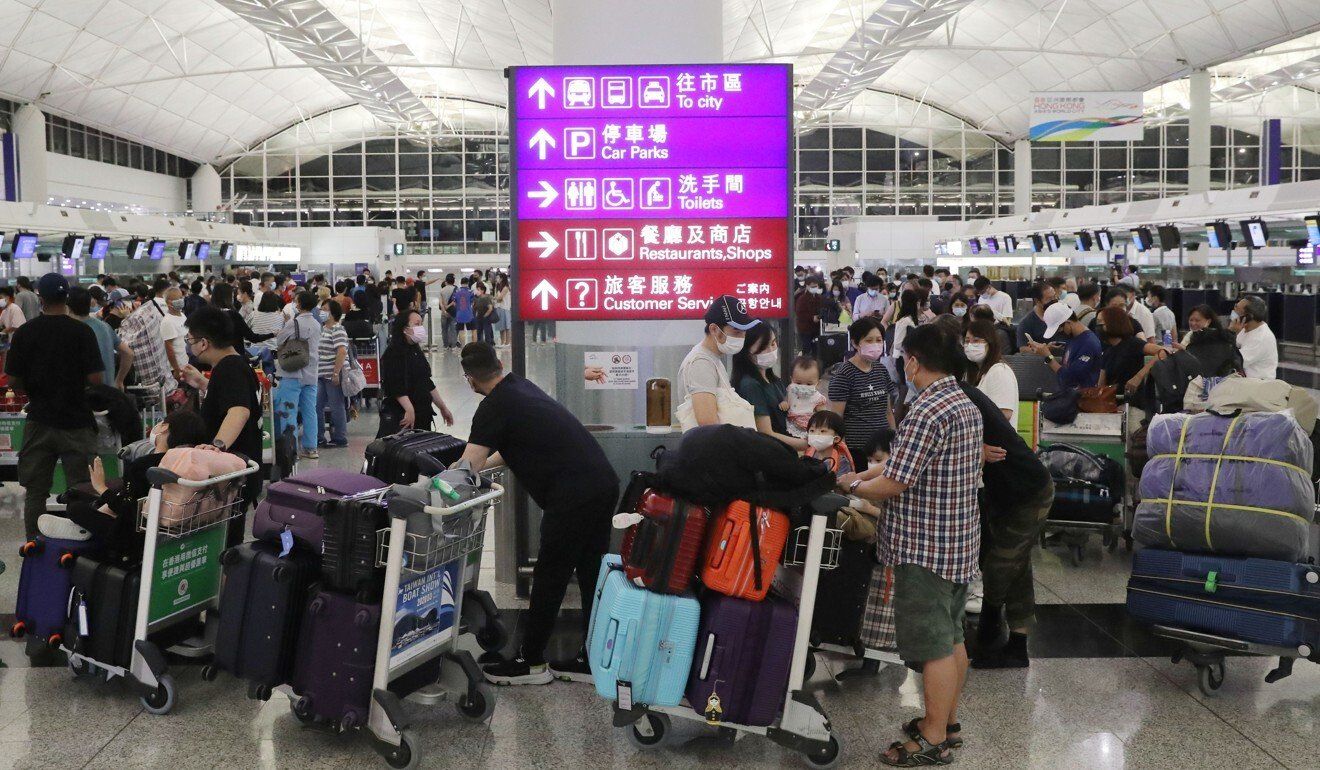 In another case in June, an owner of three five-year-old mongrels approached Luk on WhatsApp, saying he was unable to bring them to Britain as they all had tick fever – a common disease among dogs which is not welcomed in many countries. He hoped Luk could advise him on what to do. Once again, the owner disappeared soon after Luk asked for more information.

Luk appealed to pet owners to think twice before deciding to relocate, as it was not easy to find a new home for the animals in Hong Kong – older pets would also find it challenging to adapt to a new environment.

“It is like leaving an 80-year-old grandmother behind [or] throwing her to Mexico. Can she survive? Rehoming a pet is not just about feeding it with food, but also whether it could adapt to a new environment and family. Animals have feelings too,” he said.