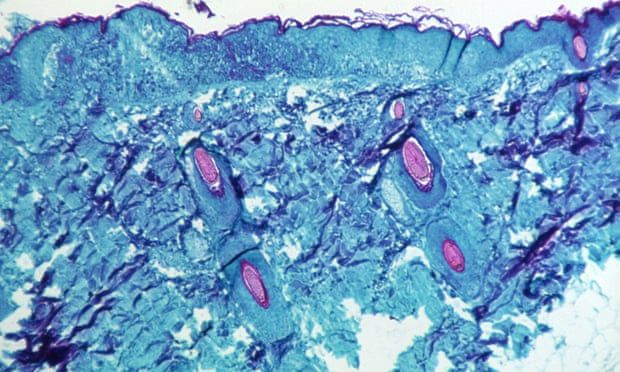 Dr Susan Hopkins, a chief medical adviser to the UK Health Security Agency (UKHSA), said an update on confirmed cases would be released on Monday as efforts continue to contain the outbreak using contact tracing, testing and vaccination.

The number of confirmed cases in the UK rose to 20 on Friday and is expected to climb significantly in the weeks ahead as more people are traced and others come forward for testing. Public health officials are still working to identify the source of the outbreak as many of the patients have no known links to other cases.

Monkeypox is a mild disease in most people and resolves without treatment in two to four weeks. But it can be more dangerous in vulnerable people, such as those with weakened immune systems, pregnant women and young children.

According to the Sunday Telegraph, the UK cases include a child who is being treated in intensive care in a London hospital. The UKHSA said it did not confirm or discuss information at patient level.

The agency confirmed the first case of monkeypox on 7 May, three days after a passenger with symptoms returned to London from Nigeria, a country that has had a large number of cases since 2017. Sexual health clinics have since reported a flurry of cases among men who have sex with men, some of whom developed symptoms weeks earlier.

More than 180 confirmed or suspected cases are being investigated in at least 14 countries. More than half are in Spain and Portugal.

“We are detecting more cases on a daily basis and I’d like to thank all of those people who are coming forward for testing to sexual health clinics, to the GPs and emergency department,” Dr Hopkins told BBC One’s Sunday Morning. Asked if the virus was spreading in the community in the UK, she said: “Absolutely. We are finding cases that have no identified contact with an individual from west Africa, which is what we’ve seen previously in this country.”

Monkeypox was first discovered in monkeys used for research in 1958, but the natural reservoir for the disease is believed to be rodents. The virus is endemic in parts of west and central Africa. Until this year, only seven cases had been detected in the UK, in 2018, 2019 and 2021, and all were linked with travel to Nigeria.

“The community transmission is largely centred in urban areas and we are predominantly seeing it in individuals who self-identify as gay or bisexual, or other men who have sex with men,” Hopkins said. Asked why cases were mostly in that group, she said: “That’s because of the frequent close contacts they may have.”

“We would recommend to anyone who’s having changes in sex partners regularly, or having close contact with individuals that they don’t know, to come forward if they develop a rash” she added.

Monkeypox is not a highly infectious disease and most cases in rural Africa are believed to arise when people come into contact with infected animals. But the disease can spread from person to person through close contact with ulcers and blisters, which often appear around the mouth and genitals; respiratory droplets; and contaminated materials such as bedding, towels and cooking utensils.

The incubation period can be as long as 21 days, meaning symptoms can take three weeks to appear after exposure to the virus, but in the latest outbreak, many patients are developing a rash within days. Patients can develop a fever before other symptoms come on.

To help contain the spread of the virus, high-risk contacts of confirmed cases, including some healthcare workers, have been given shots of a smallpox vaccine, Imvanex, which can protect against monkeypox.