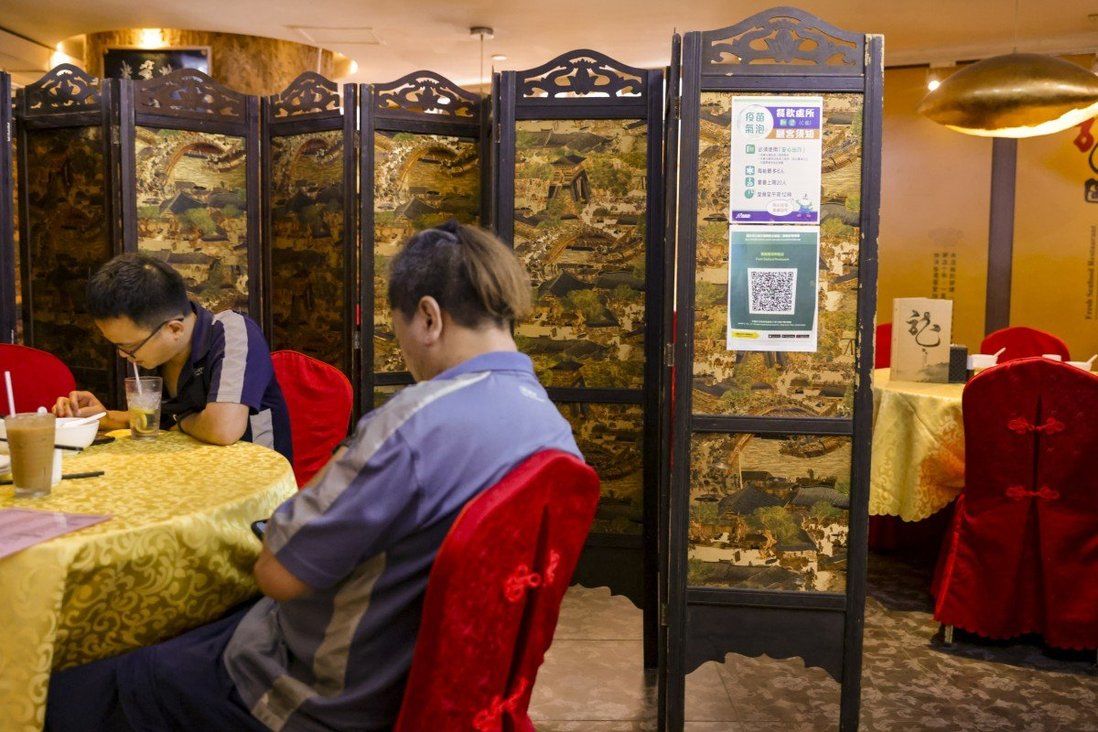 At least 16 eateries have introduced ‘type D’ arrangements for vaccinated customers, allowing them to seat up to eight people per table with dine-in service until 2am, an increase from just three such restaurants a week ago.

A challenging arrangement under Hong Kong’s “vaccine bubble” that allows restaurants to boost operations provided staff and customers have received Covid-19 jabs finally showed signs of a breakthrough ahead of Father’s Day, nearly two months into the scheme.

As of Sunday, at least 16 eateries had introduced “type D” arrangements for vaccinated customers, allowing them to seat up to eight people per table with dine-in service until 2am, an increase from just three restaurants a week ago.

Owners of some type D restaurants told the Post that with the city’s vaccination rate gradually rising, they hoped to fully utilise the benefits of the vaccine bubble and expand their operating capacity.

Martin Chan Keung, owner of Fresh Seafood Restaurant in Tsim Sha Tsui, rolled out the arrangement on Saturday as part of the outlet’s mixed mode of operation and said he hoped to reap more business from the vaccinated zone.

“We have observed that more people are getting jabbed and willing to use the government’s contact-tracing app,” he said. “That’s why we want to try out the type D arrangement, which can allow us to serve more people per table and hold banquets or functions.” 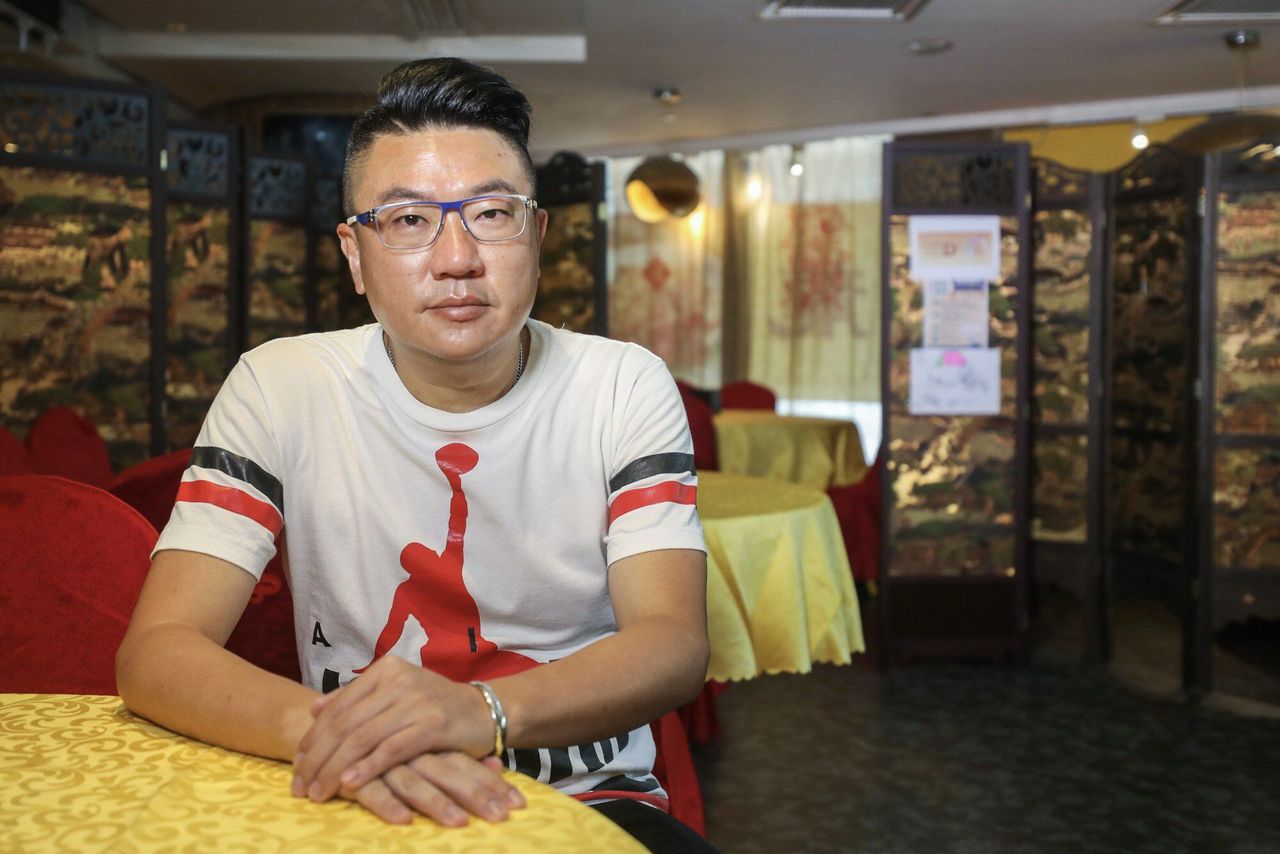 Many restaurants have been grappling with the requirements for the various categories of the bubble scheme, introduced in late April, which allows eateries to accept more customers and offer longer dine-in services depending on the vaccination status of patrons and staff.

About 25.9 per cent of the city’s 7.5 million residents have received at least one vaccine shot, while 17.1 per cent had taken both as of Sunday.

As of the end of May, more than 590 out of the city’s 16,000 eateries had introduced either type C or D arrangements, official data showed.

The C category allows up to six people per table with dine-in service until midnight, provided staff have received at least one vaccine dose and customers use the government’s “Leave Home Safe” contact-tracing app.

For the type D zone, the final tier, staff must be fully vaccinated while patrons need to have received at least one jab. Restaurants must use a government scanning app to verify diners’ vaccine status.

At the lower end of the scale, type B restaurants are allowed to serve up to four people per table until 10pm with patrons required to write down their personal details.

Chan, who only allocated one table out of about 20 for the D area, admitted the restaurant had yet to attract vaccinated diners to the special zone.

“I think it will take time for our diners to acknowledge that our restaurant also offers a D zone and also for us to really take advantage of it,” he said.

Chan said that since adopting a mixed B and C operation, business had improved by about 20 per cent, or by up to an extra HK$100,000 a month. Aside from the zone D table, the restaurant was fully booked in the evening for Father’s Day.

“We will monitor the demand for the D zone and adjust its size accordingly. We are quite positive about getting more business from the D zone,” he said.

U Banquet Group’s Kwun Tong outlet introduced a small zone D of two to three tables last Tuesday in addition to its B and C areas, which occupy most of its 60 tables.

Manager Danny Yip said not many diners had opted for the D zone but his group was keen to take advantage of the arrangement by attracting those who wanted to hold banquets.

“We hope to do more business. Operating a D zone will help us attract diners who want to hold birthday or business banquets. Besides, our patrons will feel safe eating in the D zone,” he said. 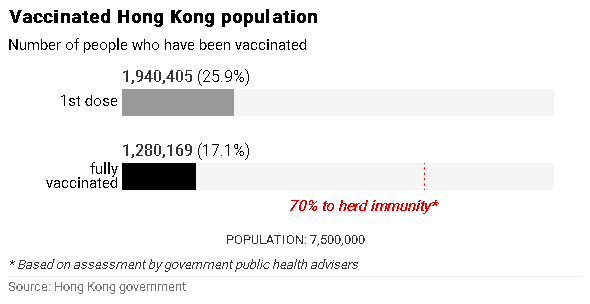 John Wong, manager of bar-restaurant Veni in Kowloon City, said they just set up a D zone for two tables a few days ago and he expected it would take at least a few months for business to return to pre-Covid-19 levels.

“I think it will really take time for us to fully benefit from the D zone. With more people getting vaccinated, we expect to gradually attract business from vaccinated diners,” he said.

Ray Chui Man-wai, chairman of catering industry body the Institute of Dining Art, said the sector was working hard to set up C zones first and then move towards its ultimate aim of establishing type D arrangements.

“I can see patrons feel more at ease using the Leave Home Safe contact-tracing app while more people are getting vaccinated prompted by the attraction of lucky draws,” he said.

Chui said he noticed more diners were searching for restaurants which offered C zones, especially during holidays. “Restaurants need to survive so they will try to set up different zones to attract diners,” he said.