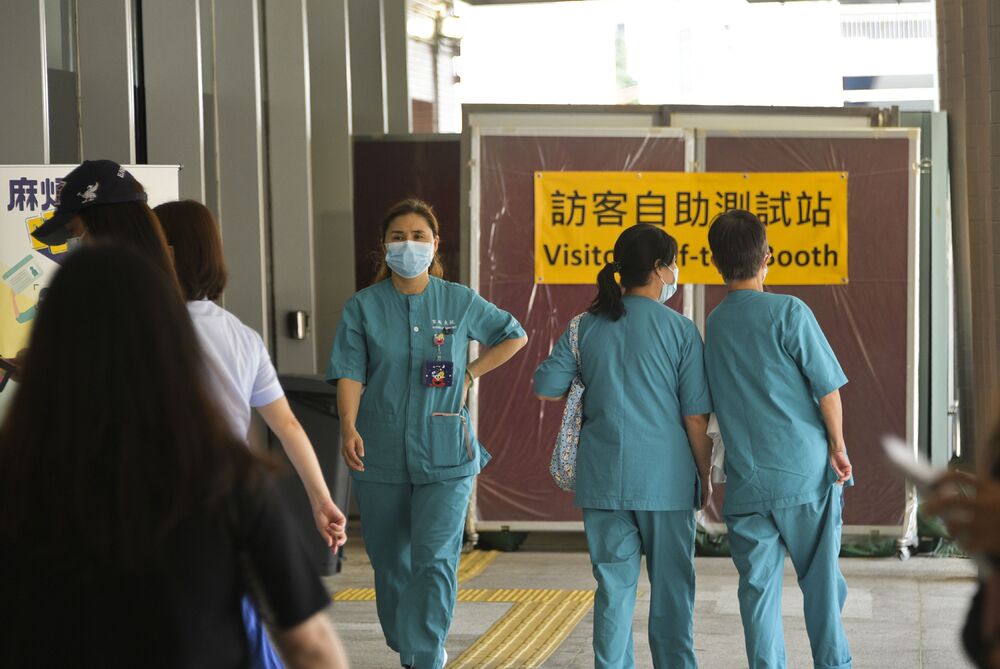 Unvaccinated employees at the Hospital Authority will be required to pay for more frequent Covid-19 tests from January 4, one day after the government announced a similar measure for its employees.
The public hospital operator will also follow the government's move to only allow vaccinated workers into buildings from mid-February.

In a statement on Wednesday, Hospital Authority said unvaccinated workers must take Covid-19 tests at their own expense outside working hours every three days starting January 4, as opposed to the current seven, amid “the threat of the growing number of Covid-19 variant cases worldwide”.

Only those who have doctor’s certificates proving they are unfit for inoculations can take the tests during working hours and have the fees reimbursed and only tests from combined nasal and throat swab samples will be accepted -- public test centers currently offer the test at HK$240.

Staffers could still take their last weekly test on January 3, meaning the actual effective date of the more frequent test will be on January 10.

“Furthermore, the HA noted the government’s plan to implement a ‘vaccine bubble’ arrangement at government buildings and offices from mid-February next year. By then, all HA premises, including public hospitals and clinics, will follow the same arrangement covering all HA staff,” it said.

On Tuesday, the Civil Service Bureau announced a similar tightening of test requirements for its workers with effect from January 3. So far, 96 percent of government employees have had at least one jab, meaning some 7,000 among 176,406 civil servants have yet to be inoculated.

But a civil servants union head urged the government to allow unjabbed workers to take tests every five days, as doing so every three days may affect public services.

Speaking on a radio program, chairman of the Federation of Civil Service Unions Leung Chau-ting said the union supports the government’s drive to further boost the vaccination rate. But he said the government should also launch some supporting measures, including extending the opening hours of government clinics or requiring clinics to stay open at night for civil servants to get tested.

“We hope the clinics can stay open till 8pm because most civil servants finish work at around 6pm to 7pm,” Leung said.

The government can also require unvaccinated employees to get tested every five days so that they can undergo tests on weekends, he added.

Leung said civil servants are cooperative to the government's requirement and over 90 percent of them have already been vaccinated and the rest of them did not get the jab mainly because they are suffering from chronic diseases or other medical reasons, he said.
#COVID-19  #vaccine  #Covid
Add Comment