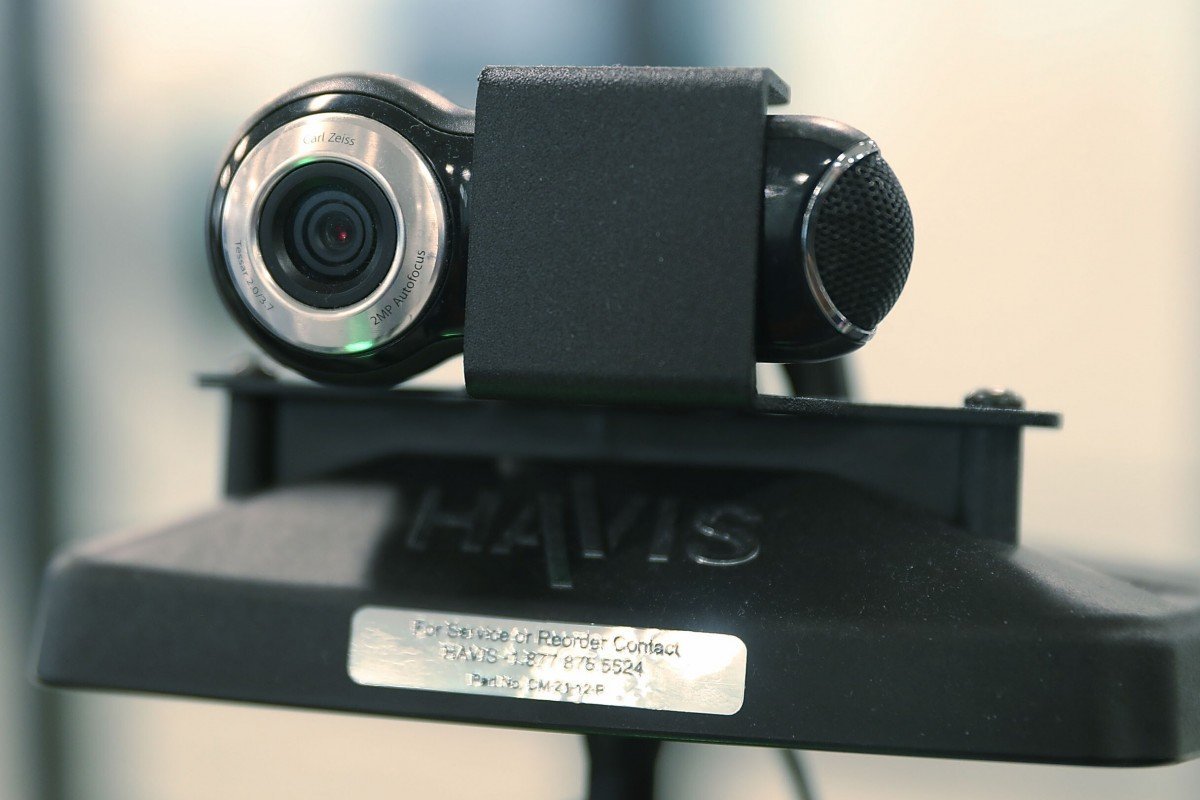 Searches of Chinese citizens’ laptops, smartphones and other electronic devices at the US border increased by two-thirds last year and have remained high in 2020 despite a sharp drop in international travel because of the pandemic, new figures reveal, amid law enforcement crackdown on suspected economic espionage by Beijing.

US border agents carried out 1,147 searches of Chinese nationals’ electronic devices in 2019, a rise of 66 per cent from the previous year, according to US Customs and Border Protection (CBP) data that the South China Morning Post obtained through a Freedom of Information Act request.

The total number of searches conducted on people of all nationalities rose 23 per cent over the same period to 40,913 last year, including about 8,000 searches on US citizens.

Border officials conducted 398 searches on Chinese travellers in the first six months of 2020, according to the data, more than half of the total number of searches in 2016, 2017 and 2018, respectively, even though the Trump administration since February had barred all visitors who have been in China within the previous 14 days and airlines have sharply curtailed scheduled service to Asia.

The higher rate of increase for Chinese relative to the broader population of travellers crossing the US border coincides with the Justice Department’s launch of its “China Initiative” in November 2018, targeting suspected theft of trade secrets and other proprietary data by individuals acting on behalf of Beijing.

Christopher Wray, director of the US Federal Bureau of Investigation (FBI), which has worked closely with the Justice Department’s initiative, has been one of Washington’s most forceful advocates of efforts to halt Chinese espionage.

“We’ve now reached the point where the FBI is opening a new China-related counterintelligence case about every 10 hours,” Wray said in a keynote address at Washington-based think tank Hudson Institute last month.

“Of the nearly 5,000 active FBI counterintelligence cases currently underway across the country, almost half are related to China, and at this very moment China is working to compromise American health care organisations, pharmaceutical companies, and academic institutions conducting essential Covid-19 research,” he said.

Some CBP screenings have led to high-profile criminal cases against Chinese nationals in the US or individuals accused of having ties to the Chinese government, including that of Wang Xin , who, according to court documents, attempted to hide his status as an active member of China’s People’s Liberation Army.

As Wang prepared to depart from Los Angeles International Airport on a flight to Tianjin, he told CBP agents that he “had been instructed by his supervisor, the director of his military university lab in [China], to observe the layout of the [University of California, San Francisco lab, where Wang was conducting research] and bring back information on how to replicate it in China”, according to the US Justice Department.

US customs officials “received information that Wang had studies from UCSF with him which he was taking to share with his PLA colleagues, and he had sent research to his lab in China via email”, it said. 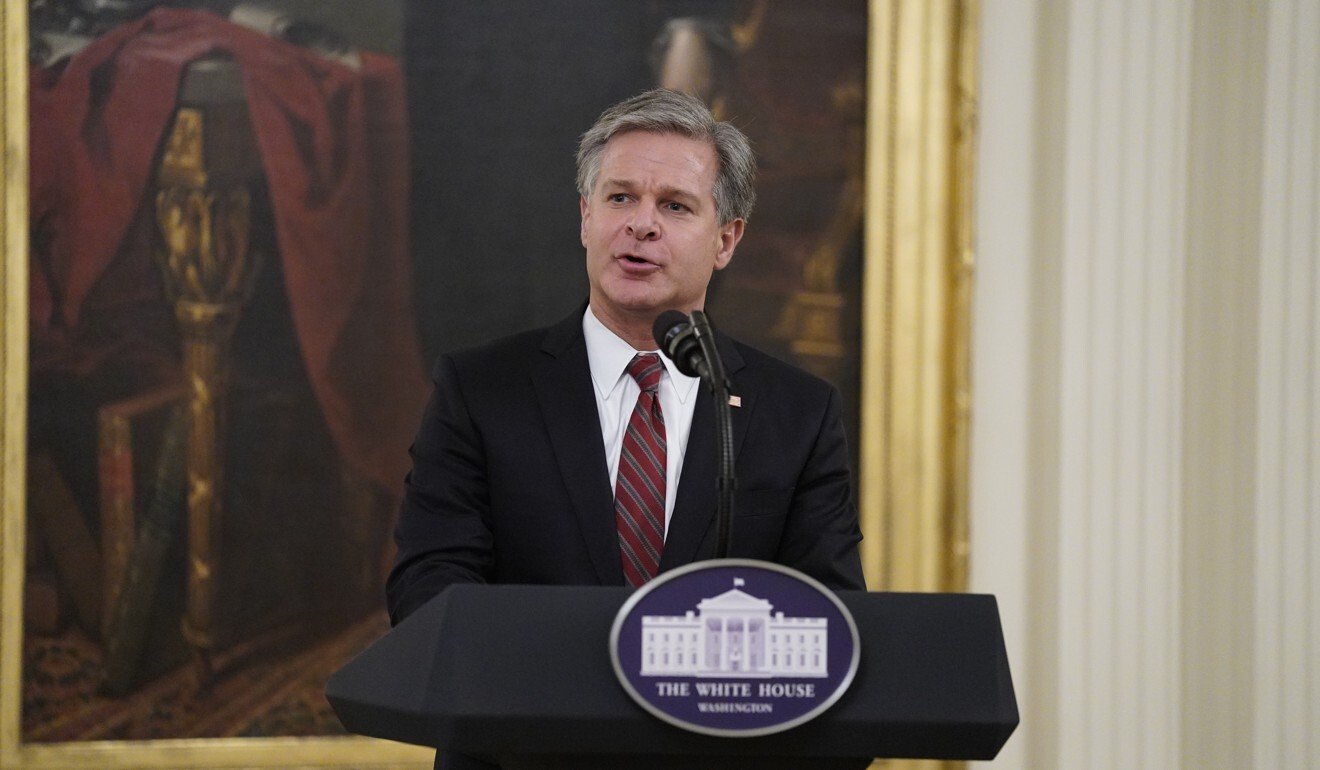 At least six Chinese nationals, including Wang, are in US custody on indictments involving proprietary data found in their possession or information that has been transferred to China. Another half-dozen are wanted by the FBI.

China’s foreign ministry said following the arrest that Wang had been conducting cardiovascular research in the US and had not caused any harm to America’s national interests.

Beijing has recently received multiple complaints from Chinese nationals about being arbitrarily interrogated by US border law enforcement as they leave the country, said ministry spokeswoman Hua Chunying.

“Some of them had their electronic devices confiscated without proper grounds,” she said, adding that these cases were “all blatant infringement of the rights of Chinese nationals in the US and the purpose is to demonise China”.

China has since stepped up its opposition to the heightened scrutiny, adding another source of contention to a bilateral relationship strained by mutual recriminations over Hong Kong, military activity in the South China Sea, and Beijing’s treatment of Uygurs and other ethnic minority groups in the country’s far northwest.

On Monday, China’s foreign ministry spokesman Wang Wenbin accused Washington of “monitoring, harassing and wilfully detaining” Chinese students and researchers in the US.

Timothy Heath, senior international defence researcher at think tank RAND Corporation, said it was difficult to judge whether the search activity was warranted or excessive without access to the intelligence available to US authorities.

Under a 2019 federal court ruling, border authorities are required to have reasonable suspicion that a traveller is carrying contraband to carry out a forensic search of his or her electronic device.

“On rare occasions, CBP officers may search a traveller's mobile phone, computer, camera and other electronic devices during the inspection process,” the spokesman said.

CBP airport searches have led to other recent federal charges against Chinese nationals.

Ye Yanqing, a student at Boston University’s Centre for Polymer Studies, was charged in January after electronic devices CBP agents took before her flight back to China showed that Ye “had accessed US military websites, researched US military projects, and compiled information for the PLA on two US persons with expertise in robotics and computer science”, according to court documents.

Another CBP search in December led to the arrest of Zheng Zaosong, who had been researching cancer pathology at Boston’s Beth Israel Deaconess Medical Centre, for stealing biological specimens.

“Zheng admitted that he had stolen [the specimens] and that he was planning to take the specimens to China so that he could conduct further research on the specimens in his own laboratory and publish the results under his own name,” his indictment document said.