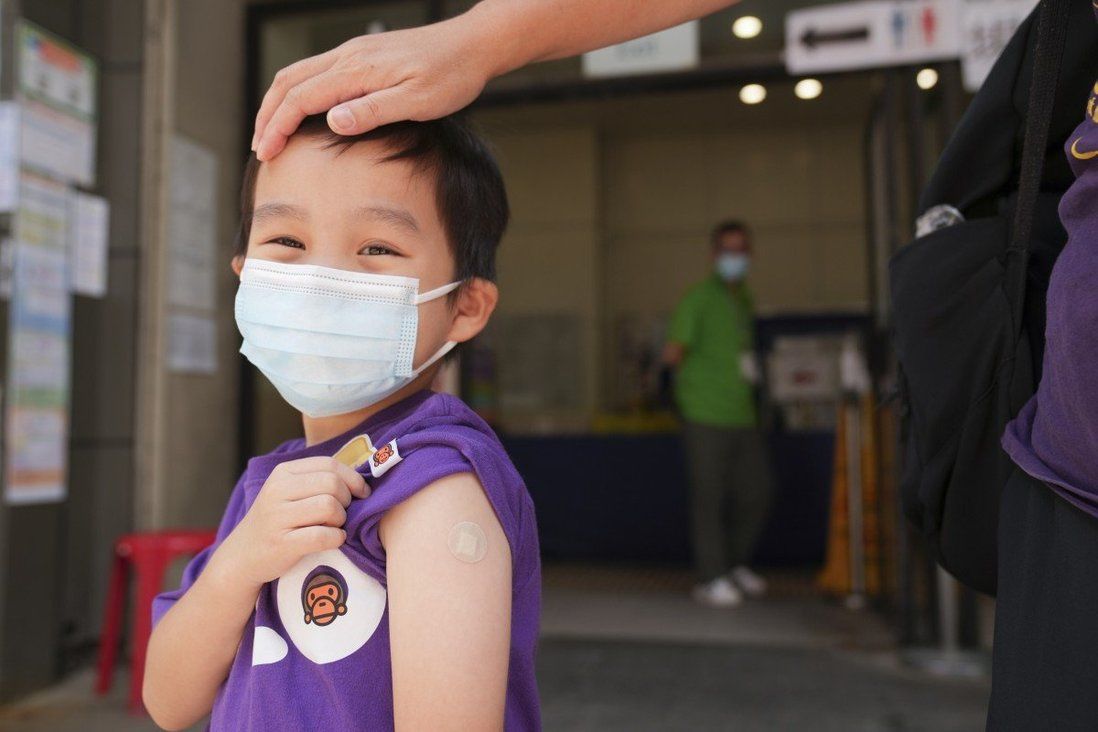 One inoculation centre says about 1,600 children received jabs on Saturday, compared with 600 to 700 on typical weekdays.

Several vaccination centres in Hong Kong have reported an increase in the number of young children receiving shots against Covid-19 after the government announced the vaccination pass scheme restricting access to many public places would apply to all residents aged five and above.

Samuel Kwok Po-yin, medical director of Virtus Care which runs the inoculation programme at the Kwun Chung Sports Centre in Jordan, told local media about 1,600 children received jabs on Saturday, compared with 600 to 700 on typical weekdays.

Some parents took their children to the community vaccination centre at Gleneagles Hospital in Wong Chuk Hang on Sunday afternoon for BioNTech jabs, according to a visit by the Post. 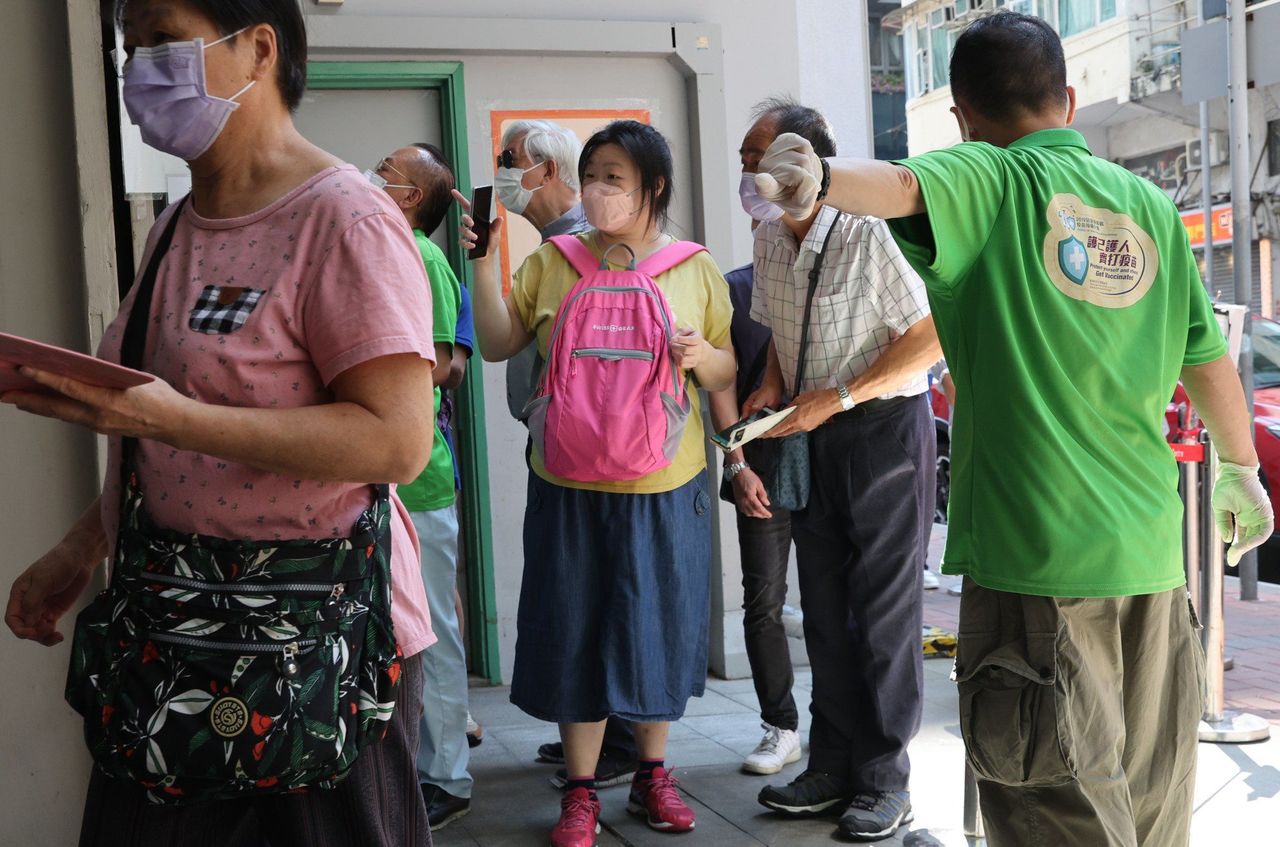 People queue up to get vaccinated against Covid-19 at Kwun Chung Municipal Services Building.

Jake Flemming, originally from the United States, said he took his two sons, aged eight and 10, to receive their first jabs against the virus.

“If my kids do not have the vaccine pass, I can’t just leave them at home alone while my wife and I go out to have dinner”, said the 39-year-old investment banker.

Flemming agreed that vaccination could help prevent severe cases but added that the current situation had left parents with no choice but to ensure their children were inoculated.

“It feels more like an incentive to take shots just for going out and having fun. The government should make the [anti-epidemic] message stronger when they work on boosting vaccination,” he said.

Also at Gleneagles Hospital was 42-year-old housewife Kong Suk-han, who brought along her nine-year-old daughter for an injection, saying she feared her daughter would become infected at school.

“The school year has already started. It would have been better to have her vaccinated earlier before school, because she needs to attend extracurricular activities in the music club where she plays flute with her mask off”, she said, adding her daughter also needed to attend tutorial classes and dance lessons outside school.

“It was scary to hear that infected young children were in intensive care units at hospitals. If the jab could reduce some risks, it’s the right thing to get her vaccinated though she hates needles.”

Under the expanded system, children in that age range must be protected by at least two doses of a Covid-19 vaccine to enter most government and business premises, such as restaurants.

Health authorities have said details of the new policy would be announced soon, adding that children would have a two-month grace period to get vaccinated before the measure came into force. 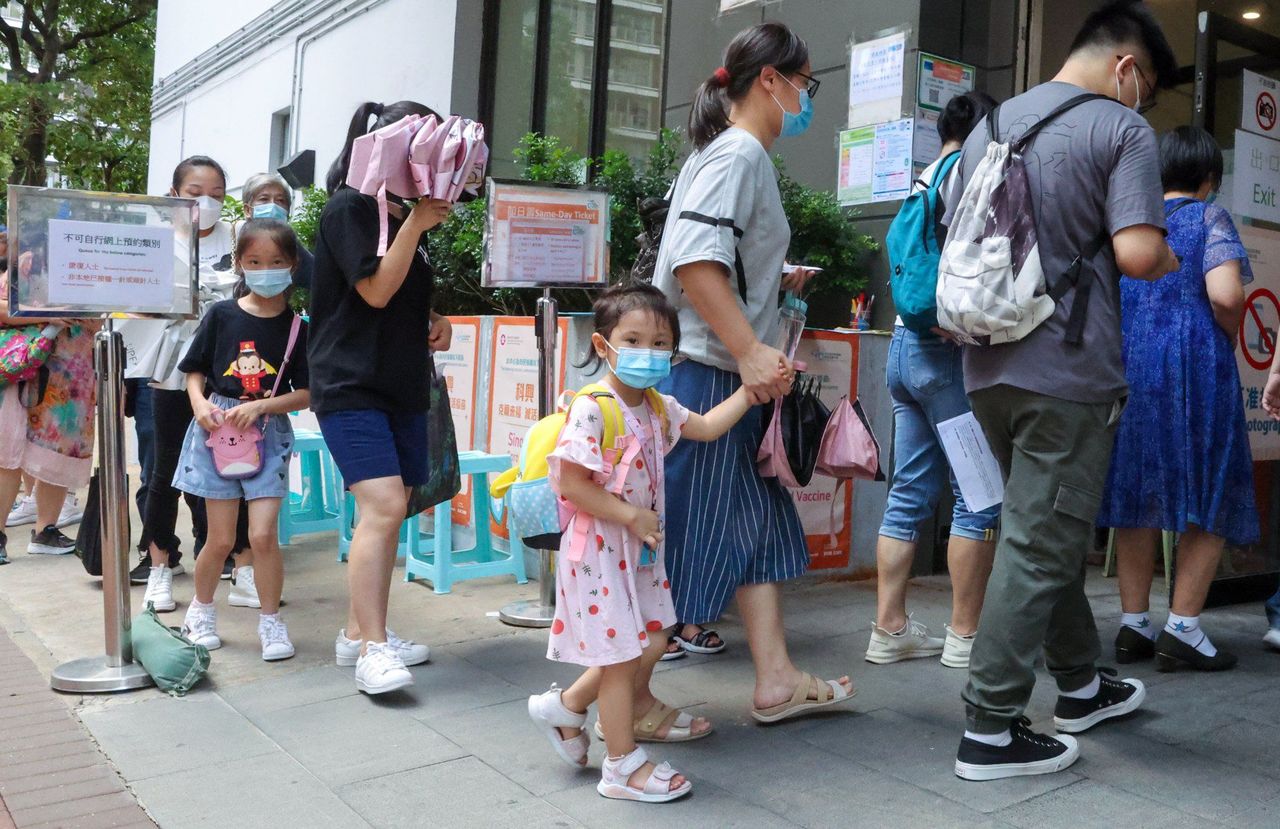 An inoculation centre says about 1,600 children received jabs on Saturday, compared with 600 to 700 on typical weekdays.

The daily number of new cases has hovered around 9,000 to 10,000 recently, with health authorities on Sunday logging 10,683 Covid-19 infections, the most since March 24. Eight more deaths were reported.

The cumulative death toll of the fifth wave was 9,511 as of Sunday, with more than 70 per cent of the victims not vaccinated.

A survey of 664 elderly residents conducted by the Hong Kong Public Opinion Research Institute showed that 36 per cent of respondents who had not received three vaccine doses reported they would either try to delay getting the shots or choose not to get inoculated entirely, mainly owing to fears over the safety of the vaccine.