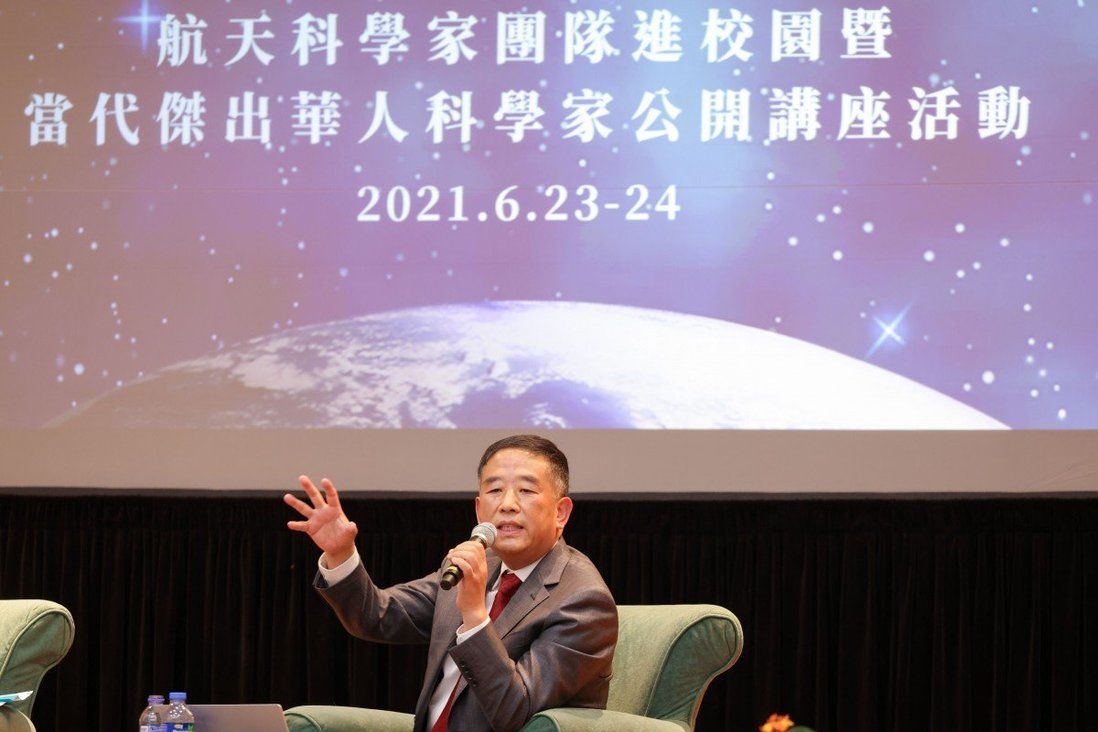 Hong Kong residents will be able to see rock samples China collected from the moon last year, when an exhibition showcasing the nation’s space programme opens in the city this weekend.

The lunar debris has arrived along with a delegation of six top Chinese space engineers and designers, who launched a four-day visit to Hong Kong on Wednesday.

One of them, Hu Hao, chief engineer in charge of the Chang’e 5 mission to bring moon rocks back to Earth, called the mission challenging during a lecture at the University of Hong Kong (HKU).

“Collecting samples from the moon involved a lot of uncertainties,” he said. “The situation on the moon was unknown and the soil condition on the landing site was unknown. There were a lot of challenges. And that we could bring back some 1,731 grams of samples to the Earth. It signalled a breakthrough of China’s space technology.”

Hu, the chief designer of the third phase of China’s lunar exploration project, also said controlling a device some 380,000km away was no easy task.

“It takes about two seconds for a signal from the earth to reach the device on the moon,” Hu told the conference.

Asked if he believed in extraterrestrial life, Hu said yes, simply because of the size of the universe.

“It would be difficult to convince [someone] that there is only life on the earth,” he said. “There are thousands and thousands of solar system-like systems in the universe, and what we know about it is so little, that to me it is a must that there will be extraterrestrial life.”

According to Hu, China expected to launch its next robot lunar lander in 2024. Plans call for Chang’e 6 to land near the lunar south pole and collect samples to return to Earth.

In the morning, Qi Faren, an 88-year-old academician of the Chinese Academy of Engineering, and the first chief designer of the Shenzhou spacecraft, said at a seminar at Polytechnic University (PolyU) that China wanted its astronauts to walk on the moon and collect more samples from Mars by 2049.

“When we celebrate the centenary of the establishment of the People’s Republic, we have to become a technological power in the world,” he said. “We need to achieve the goals such as setting up a scientific research station on the moon, and our astronauts will land there.

“We also need to collect samples from Mars, and understand more about Saturn and the asteroids. I’m not speaking for the nation, this is my understanding.”

Qi also encouraged Hong Kong students to contribute to the space programme, not only on the mainland, but also locally, as there were many existing partnerships between it and the city’s universities.

“I welcome talent from Hong Kong to join us, there are lots of things that need to be done,” he said. “Hong Kong’s universities can also propose more projects to be conducted on our space station, we should give priority to quality projects from Hong Kong.” 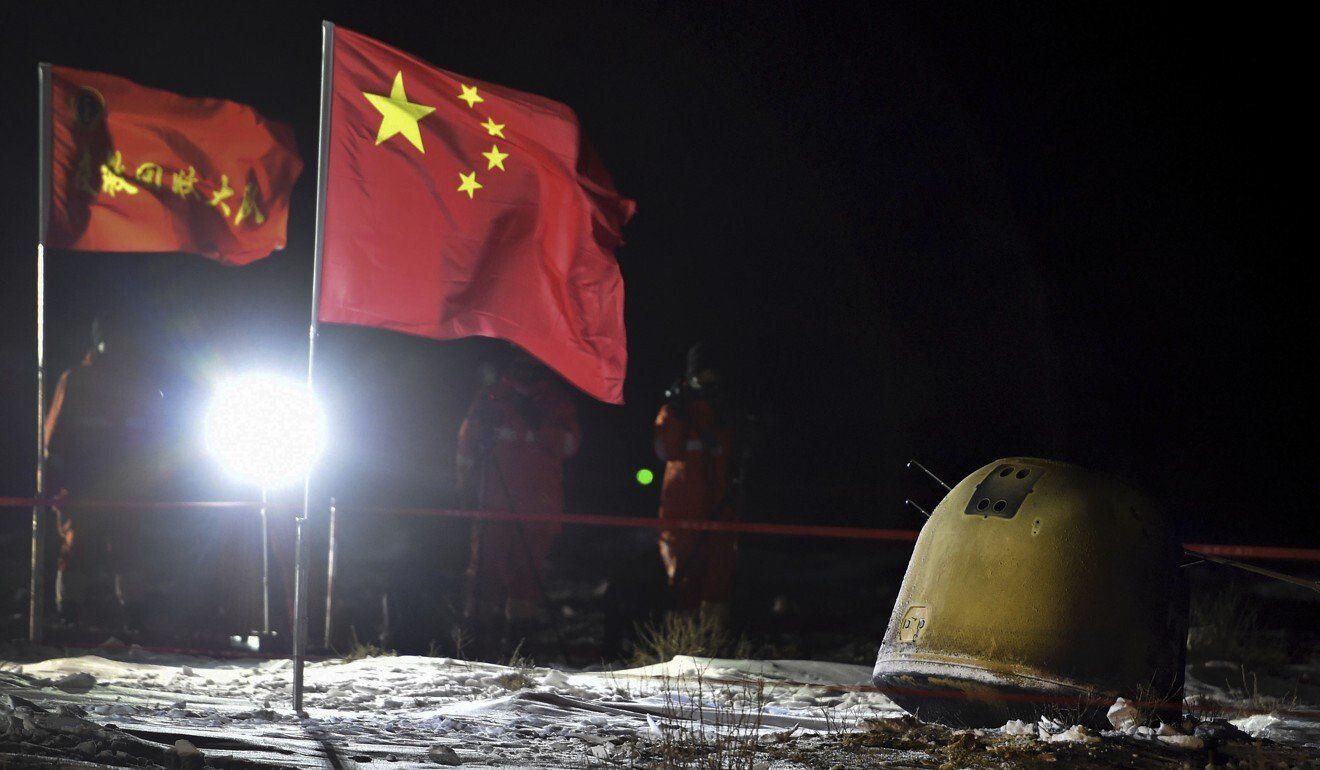 Four other space engineers will give lectures at the two universities again on Thursday. Xie Jun, chief designer of China’s third-generation BeiDou satellite system, and Zhang He, a top director involved in the Chinese moon probe Chang’e 4, will visit PolyU in the morning.

Long Lehao, chief commander and designer of the Long March 3A rocket series, and Sun Zezhou, another chief designer of China’s Mars probe, will visit HKU in the afternoon.

The six space engineers will then visit six separate secondary schools on Friday to speak to students, before gathering at the Convention and Exhibition Centre on Saturday morning for an opening ceremony of an exhibition showcasing the lunar debris.

The exhibition will be officially opened to the public from Sunday, and will run until mid-July.