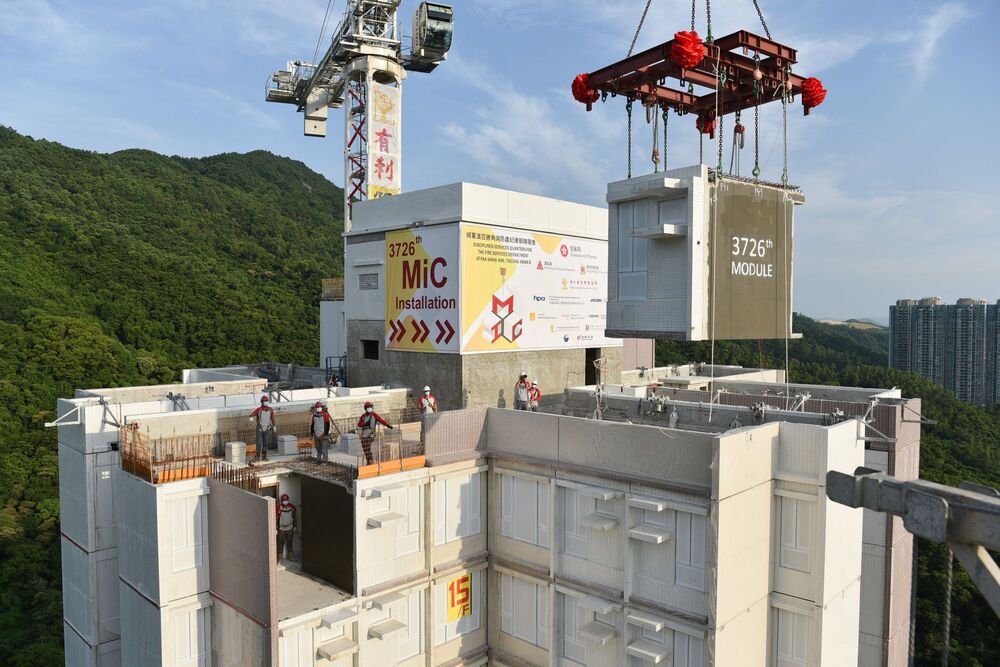 The modular integrated construction technology will be used more in building public housing blocks in the future, Secretary for Development Michael Wong Wai-lun said.
The MiC, which refers to a construction whereby free-standing modules are manufactured in a factory and then transported to site for installation into a building, have been used in Hong Kong for years and will be used to build more than 20,000 public housing units in the future.

In his online blog on Sunday, Wong said the Development Bureau and Construction Industry Council have been promoting the MiC technology in construction products since 2017.

He quoted the outgoing chairman of the Construction Industry Council Chan Ka-kui as saying that the MiC technology can improve the operation of the industry.

“Moving the construction process to a factory will not only make the construction environment more comfortable and safe, but also facilitate the use of technologies such as robots and artificial intelligence, which will enhance productivity,” Wong said.

He said the MiC technology was also used in the Covid-19 pandemic, allowing the government to build a huge number of quarantine sites within a short time.

“Nowadays, there are more than 60 construction projects that used the MiC technology and the number of large-scale MiC projects will continue to grow in the future,” Wong said.

“The MiC technology will be broadly used in public estate projects in the future involving more than 20,000 residential units, including one residential building under the Tung Chung Area 99 public housing development scheme and three buildings at Anderson Road Quarry,” he said.

“[The council] exchanged insights with experts on MiC technology around the world, establishing Hong Kong’s status as an ‘international MiC society’,” he said.

Wong also said the government is determined to develop infrastructure in the coming few years and the spending of each construction project is expected to exceed HK$100 billion. The projects will be launched gradually and there will be a strong demand for construction workers in the future, he added.

Wong said Construction Industry Council founded the Hong Kong Institute of Construction in 2018 and the institute will collaborate with the Hong Kong Metropolitan University, allowing graduates to be admitted to the university for further education.
#COVID-19  #Covid
Add Comment