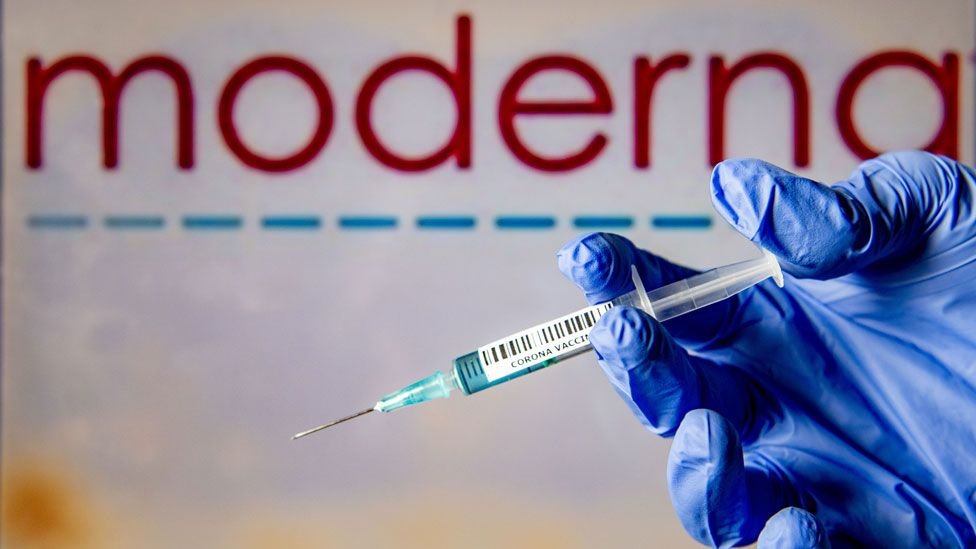 Moderna's vaccine is safe and 94% effective, regulators say, clearing the way for US emergency authorisation.

The analysis by the Food and Drug Administration's (FDA) means it could become the second coronavirus vaccine to be allowed in the US.

It comes one day after Americans across the country began receiving jabs of the Pfizer-BioNTech vaccine.

The news comes as the US coronavirus death toll passes 300,000, according to Johns Hopkins University.

Endorsement of the Moderna vaccine by FDA scientists was announced on Tuesday, two days before the vaccine panel meets to discuss emergency approval.

What were their findings?

The 54-page document said there were "no specific safety concerns" and that serious adverse reactions were rare.

If approved by the team of experts later this week, and by the FDA's vaccine chief, shipments could begin within 24 hours.

The FDA found a 94.1% efficacy rate out of a trial of 30,000 people, according to the document they released.

The most common side effects included fever, headaches, and muscle and joint pain.

Moderna was founded in 2010 and so far has never had a product approved by the FDA.

The company's stocks have seen a nearly 700% increase so far this year.

How does it differ from the Pfizer jab?

The Moderna vaccine requires temperatures of around -20C for shipping - similar to a regular freezer.

The company is based in Cambridge, Massachusetts, and has said that if approved, the "vast majority" of its vaccine would be manufactured there.

Pfizer's drug is being manufactured in several countries, including Germany and Belgium. 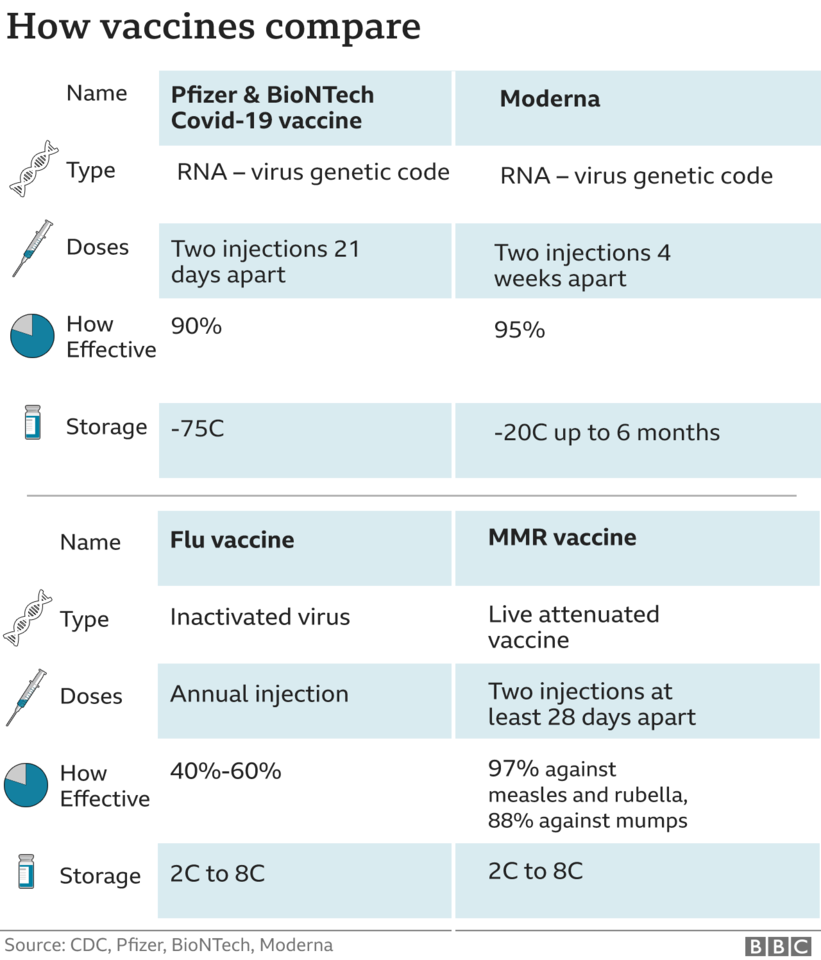 Approval of a second Covid vaccine in the US would be a big deal.

The country is the worst-hit in the world according to the recorded death toll from the pandemic virus and urgently needs more ammunition to fight the virus.

The US has several million doses of the Pfizer-BioNTech Covid vaccine that was authorised for emergency use a few days ago by regulators.

Although mass vaccination has begun with these, getting access to the Moderna jab in the near future, in addition to more stock of the Pfizer one, would mean many millions more people could be inoculated in the coming months.

The Food and Drug Administration is yet to give the green light for the Moderna vaccine, but if it does, the US could start to receive some of the 200m doses it has pre-ordered. The first lot of 20m could be delivered by the end of December.

Which other countries have ordered the Moderna vaccine?

The US has agreed to purchase 200m doses of the jab, and 6m could be ready to ship as soon as the vaccine gets FDA approval.

In Canada, the government plans to get two million Moderna doses by March - part of a total 56m doses. On Tuesday, Canadian Prime Minister Justin Trudeau said 168,000 doses should be available before the end of the month.

The UK has already pre-ordered 7m doses of the Moderna jab.

The European Union last month announced a contract to purchase of 80m doses - with up to 80m more - once the vaccine is deemed safe and effective.

Japan has signed up for 50m Moderna doses, South Korea for 20m, and Switzerland has ordered 7.5m, according to data compiled by the Duke University Global Health Innovation Center.