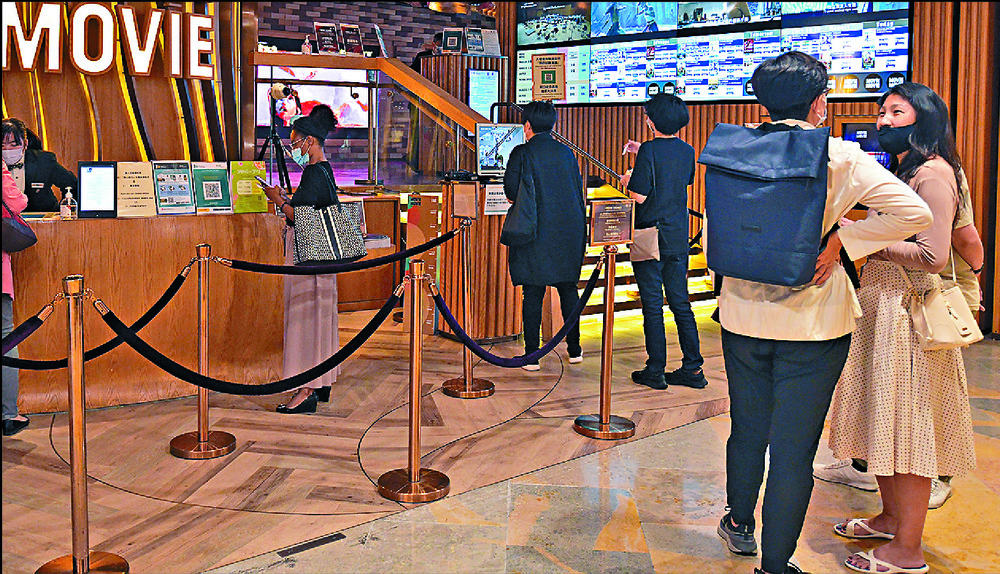 Mixed view as cinemas in reopening

Eating and drinking can only be arranged in privately booked cinemas after the shutdown is lifted for the sector tomorrow as it would be difficult to check the vaccination records of movie fans to make sure everyone is triple jabbed, an industry executive said.
And Timothy Yuen Yin-man, director of the Hong Kong Theatres Association, added that he expects business will only return to normal after three months at least as the release dates of many movies in the SAR have not yet been announced.

Broadway Circuit said 13 cinemas will resume operations tomorrow, but none of them will provide any food and beverage service for at least another week.

The Multiplex and Golden Harvest chains also announced that all movie fans must wear masks and have temperatures checked upon arrival. Use of the QR check-in code is also mandatory along with vaccine pass requirements.

Special partitioning has also been arranged in cinemas, and there can be no self-adjustment of seats.

Longer term, Yuen said it was thought it would be from three to six months before cinemas were back to regular business.

And the official guideline about cinema staff and moviegoers needing to have received three doses of a Covid vaccine before eating and drinking is allowed, Yuen added, would be difficult to implement.

He repeated his recent observation that box-office takings generally go for rent, movie costs and other overheads while staff wages and cleaning and maintenance costs come from food and drink kiosk profits. "So it's a big problem when we are forced to shut the kiosks."
#vaccine  #Covid
Add Comment