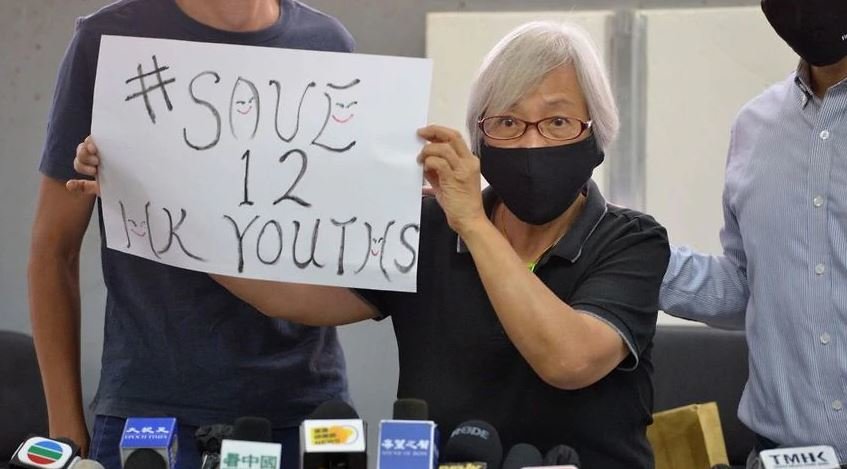 "Grandma Wong" says she was detained by mainland police and forced to renounce her activism.

Alexandra Wong, 64, was nicknamed "Grandma Wong" and was often pictured waving a British flag at protests.

She said she was detained last August in the border city of Shenzhen and forced to renounce her activism in writing.

Ms Wong said she was also sent on a "patriotic tour" of Shaanxi province.

While there, she had to sing the national anthem and was photographed waving the Chinese flag. She was then released on bail, she said, but was forbidden from returning to Hong Kong.

Hong Kong was a British colony until 1997, but was then returned to Chinese control under the principle of "one country, two systems". While it is technically part of China, the territory has its own legal system and borders, and rights including freedom of assembly and free speech are protected.

Speaking at an emotional press conference in Hong Kong on Saturday, Ms Wong said she was initially detained by the authorities in Shenzhen for a total of 45 days, for "administrative detention" and "criminal detention". However, she wasn't told what charges she was facing. 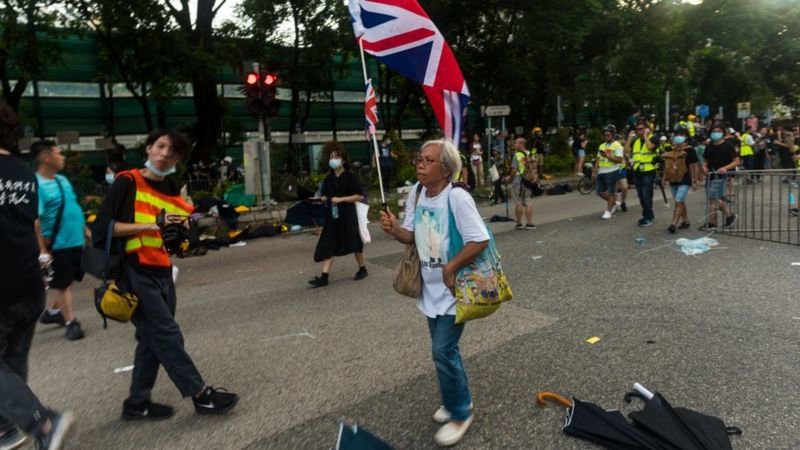 "I was afraid I would die in that detention centre," she said.

At the end of the 45 days she was told to declare on camera that she hadn't been tortured, she said, and that she wouldn't protest or do interviews with the media.

She was also forced to confess in writing that her activism was wrong - something she described as "the worst thing I did in my life".

After this she was sent to Shaanxi province, in north-east China, before being released on bail pending trial for "picking quarrels and provoking trouble".

She was not given any written documentation of these charges.

For a year after her release on bail, she was only allowed to go back to Shenzhen, the border city where she lives, and was forbidden from going to Hong Kong.

Ms Wong told reporters that she had "no courage" to return to Shenzhen "unless there is a radical change in the political situation".

"I won't give up fighting," she added. "After all, there will be sacrifice, otherwise... the authoritarian system won't be changed."

She also called for the release of 12 Hong Kong activists, believed to be fleeing to Taiwan, who were intercepted at sea by mainland authorities in August.

Hong Kong saw a wave of arrests of activists earlier this year under a controversial national security law imposed by China in June.

The security law, opposed by many in Hong Kong, punishes what Beijing broadly defines as subversion, secession, terrorism and collusion with foreign forces, with up to life in prison.