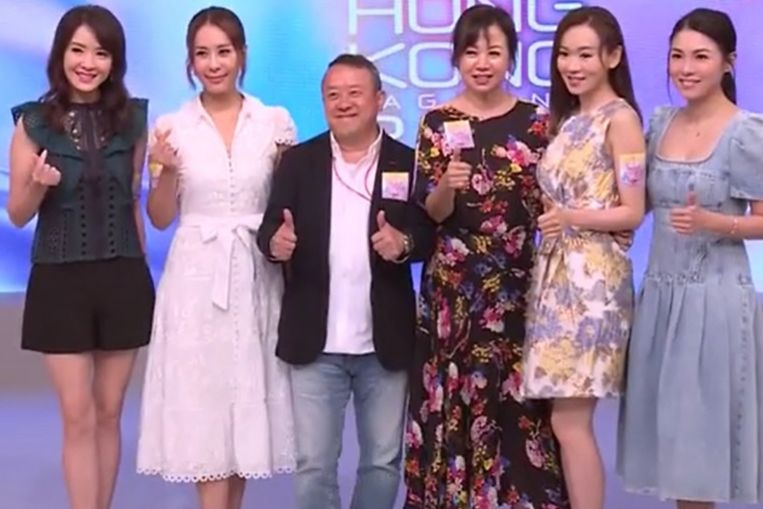 If the proposed Singapore-Hong Kong travel bubble goes ahead, the Lion City might find itself as part of the backdrop of this year's Miss Hong Kong Pageant.
Hong Kong actor Eric Tsang, who is deputy general manager of Hong Kong broadcaster TVB, the organiser of the beauty pageant, said it is considering coming to Singapore for location shooting.

The beauty pageant has been criticised previously for not having overseas location shoots.

On Monday, Tsang, 68, said at a press conference that he hoped the pageant could be filmed overseas this year, but added that there are no concrete plans for now given the fluid pandemic situation.

The Singapore-Hong Kong travel bubble, which allows quarantine-free travel between the two cities, is slated to start on May 26, but may be suspended if the average daily number of unlinked Covid-19 community cases in either city exceeds a certain threshold.

The pageant is scheduled to be held in September, with applications for contestants now open to both Hong Kong and overseas residents till June 6.

Tsang said the application was brought forward this year to factor in the time needed for quarantine for overseas contestants.

He said it would not be compulsory for the contestants to be vaccinated against Covid-19, but added it would be safer and more convenient for them to do so, especially if they need to travel overseas.

Tsang, who was host for several editions of the pageant but has not been involved in it in the last 10 years, said he is unlikely to host the pageant this year.

He has invited former winners and finalists to act as mentors for the contestants.

Several former winners have gone on to become actresses in TVB, but Tsang said this should not be the winner's main aim. "What is most important is to serve society and be a goodwill ambassador for Hong Kong," he said. "The main aim should be to represent Hong Kong, not filming TV shows immediately after the pageant."

He felt winners should venture into the entertainment industry only after their term as Miss Hong Kong ends.