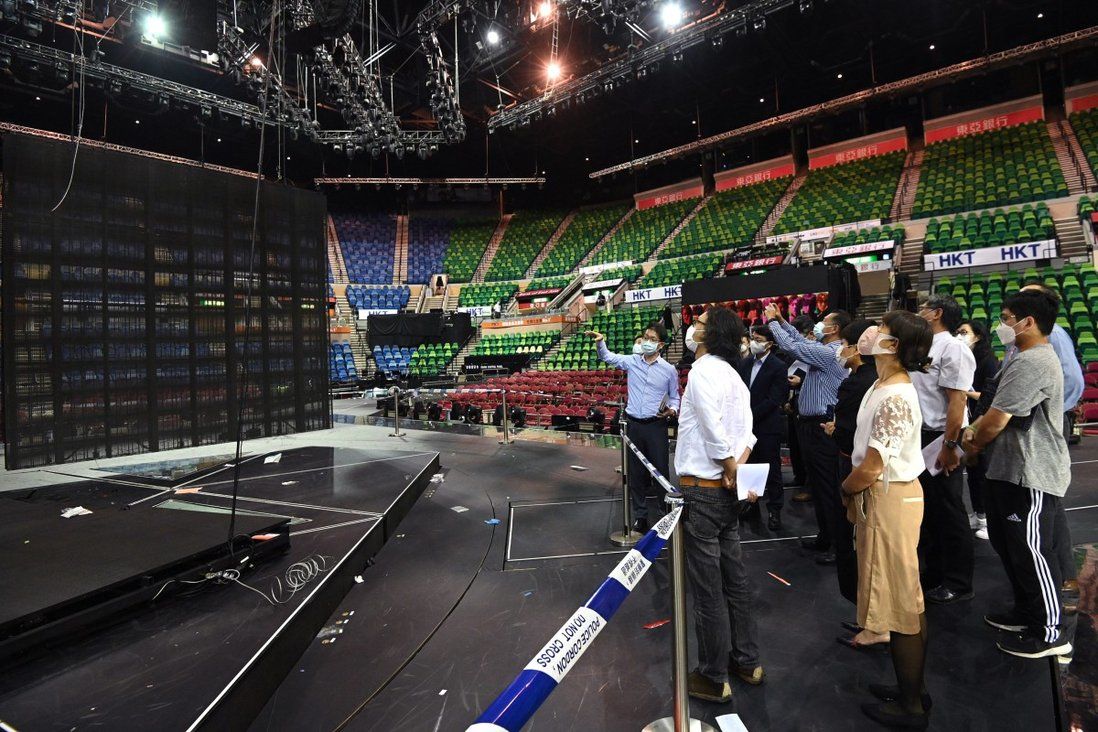 Head of task force looking into July 28 accident announced probe findings but declines to say who should be held responsible.

An investigation task force has blamed the use of a substandard wire cord and underestimation of the weight of a 500kg LED screen for an accident that seriously injured a dancer at a concert by Hong Kong boy band Mirror last month.

Lee Tsz-chun, head of a task force looking into the July 28 accident, announced the preliminary findings on Wednesday but declined to say who should be held responsible. The four-by-four-metre screen crashed onto dancer Mo Li Kai-yin, 27, as he performed on stage with others at the Hong Kong Coliseum, leaving him at risk of being paralysed from the neck down.

Task force member Eric Lim Chaw-hyon, a materials testing expert, said: “Several problems have compounded to cause metal fatigue in the wire rope in a short period of time.

“The pressure it [the cord that carried the screen] could withstand was 20 per cent less than those wire ropes we can buy on the market of the same structure.” 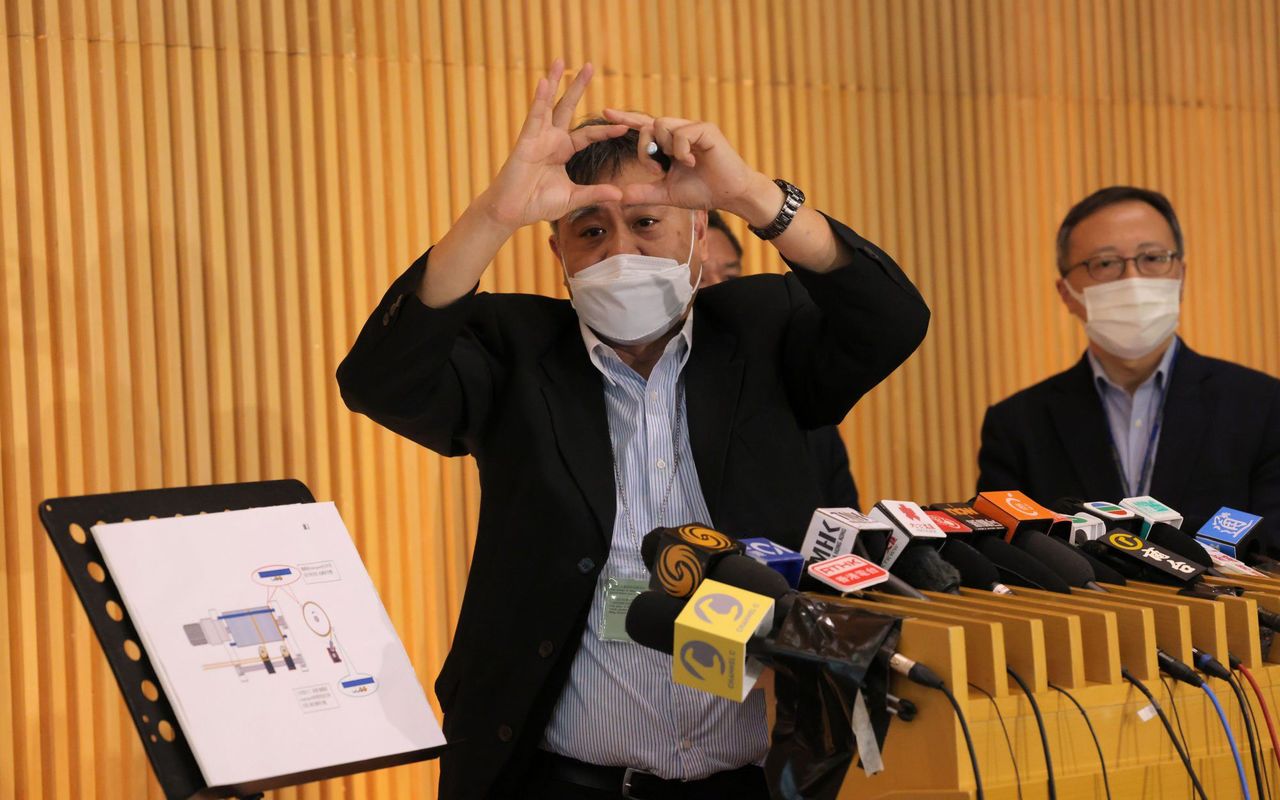 Expert Eric Lim explains some of the issues around the accident.

Lim said the metal fatigue was aggravated as the LED screen was heavier that what was presented in a submission document and a wrongly installed rope guard further crushed and wore down the cable.

However, Lim said it was unclear why the wire rope itself had been compromised before it was installed.

A government source said the screen weighed about 500kg and the metal wire used to suspend it was made in mainland China.

The source added that a preliminary test had revealed the metal wires used to hang five other video screens on the stage had also shown signs of metal fatigue.

The task force had said earlier that the cord suspending the screen had shown signs of metal fatigue, causing it to snap.

“The LED screen was hung by two steel cables. One of them was broken that day … One of the eye bolts was snapped, causing the screen to fall,” noted Lee, assistant director at the Leisure and Cultural Services Department.

Lim said existing devices for detecting metal fatigue were not applicable because the snapped cable was too small and so it required more time and effort to uncover such issues.

Meanwhile, Lee stressed that the investigation had not been completed yet, and that various experiments would be conducted.

“Police and related departments are conducting investigations for their own parties. We don’t think we should give any comments on who should be responsible for the incident,” he said, adding that he hoped the probe could reach a conclusion next month.

When asked if the accident was caused by negligence, Lim said: “Human error could arise in any system, it’s about how these errors caused the accident to happen. It’s hard to judge simply by the criteria of ‘human error’.”

Louis Szeto Ka-sing, a task force member and representative of the Hong Kong Institution of Engineers, said an investigation looking into possible negligence was under way and that the Engineers Registration Board would take disciplinary action if necessary.

Meanwhile, police will soon seek legal advice from the Department of Justice to see if the organisers, contractors and subcontractors for the concert hold any liability for the accident.

As Music Nation, one of the organisers, had signed a contract with the Leisure and Cultural Services Department to hire the Coliseum for the event, the government source said, investigators were looking into whether it had complied with all the safety requirements under the agreement.

He said authorities were also investigating whether the contractor and subcontractors broke the Factories and Industrial Undertakings (Lifting Appliances and Lifting Gear) Regulations.

The regulations apply to appliances and gear used to lift or lower items or for suspension purposes to ensure they have been installed properly with tests and thorough examination under the supervision of a competent person.

“We are investigating what materials the wire was made of and if the cable was designed to carry movable weights,” the source said.

He added investigators were also looking into whether the movement of the giant screen during rehearsals and shows before the accident had created strain on the metal wire.

In the accident, the screen fell onto the stage during the band’s performance, hurting two dancers. Li was critically injured, having damaged his cervical vertebrae.

A spokesman for Queen Elizabeth Hospital said Li was still in intensive care and in a critical condition with stable vital signs.