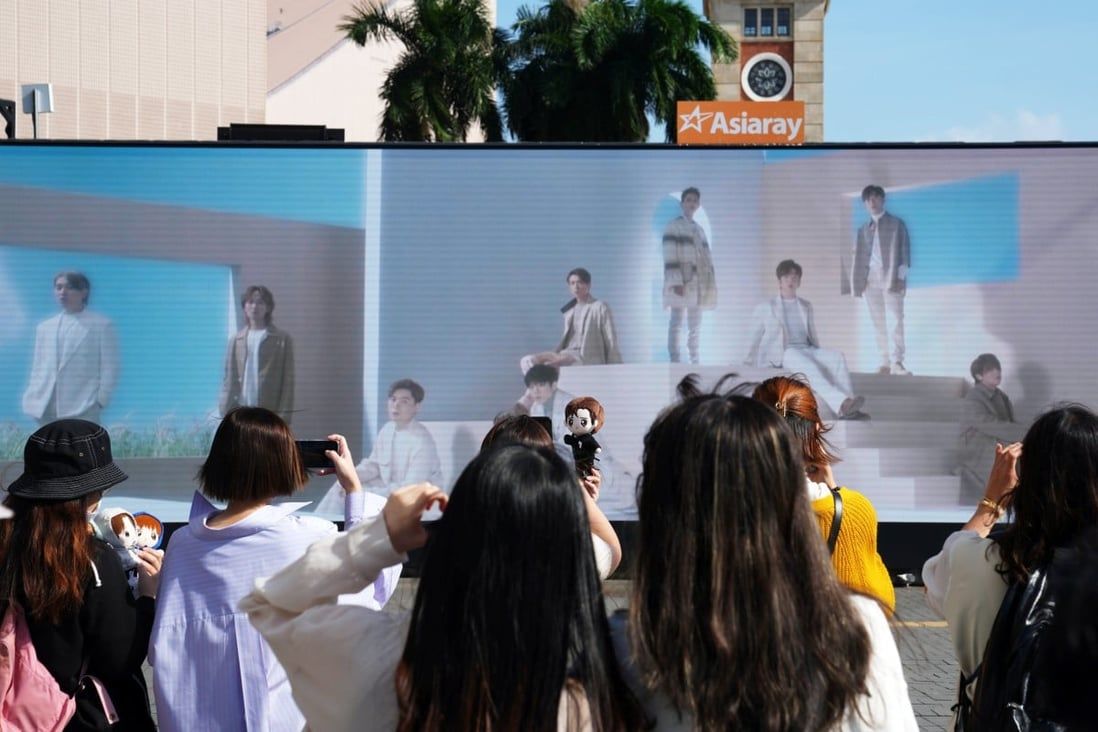 The news came as the interdepartmental task force inquiry into how a giant LED screen fell onto the stage and seriously injured two dancers at a concert by boy band Mirror found the organisers had failed to certify that the installation was safe.

The task force listed a string of recommendations after the investigation found incorrect reporting of the installations’ weights, the use of substandard support cables and a poorly installed rope guard also contributed to the accident, which left performer Mo Li Kai-yin at risk of becoming paralysed from the neck down.

Led by the Leisure and Cultural Services Department, the task force, which is conducting a separate investigation from police, was formed after a four-by-four-metre (13 foot by 13 foot) screen weighing more than 500kg (1,100lbs) fell onto the stage during a performance by the boy band on July 28. 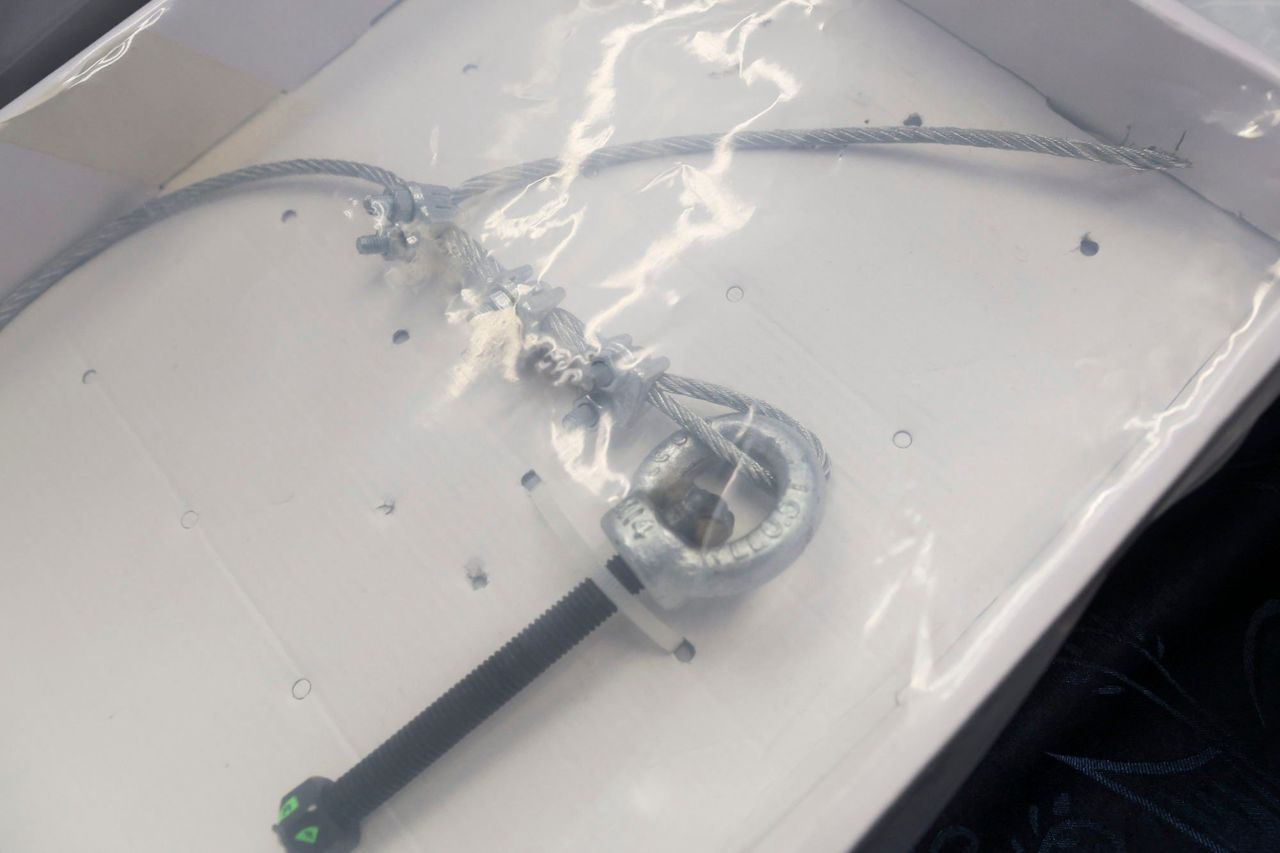 A length of broken cable is displayed during a press conference on the Mirror concert tragedy.
Secretary for Culture, Sports and Tourism Kevin Yeung Yun-hung said the venue hirer had violated the terms of use by submitting inaccurate information on the installations.

He added professionals, including the authorised person they hired, had failed to make sure the fixtures were safe and secure.

The minister also dismissed any suggestion that the department had failed to do a proper job.

“This current system asking the builder or installer to have an independent certificate has been used in many other government projects before,” he said.

Yeung said, as part of the recommendations, the department would see if there was a need for an independent third party to check engineering work and installations for events.

“No matter if it was being done by the Leisure and Cultural Services Department or external personnel, it needs to be done by a professional. It’s not about designating who to do what, but in the whole system there is a requirement for a professional to carry out this duty,” he said.

Other suggestions included a requirement for event organisers to confirm that all equipment was safe to use and that all movable installations should be verified on how much weight they could handle.

The task force also advised that organisers should be required to ensure steel cables met safety specifications by applying for quality inspection certificates.

The report warned there could be serious action taken against those who repeatedly violated regulations.

The department is expected to take about six months to discuss the recommendations with representatives of the entertainment industry, and, before they come into force, officials will continue with safety measures introduced earlier, including a ban on the use of suspended mechanical devices at shows.

Secretary for Labour and Welfare Chris Sun Yuk-han said the government could consider prosecution of the dancers’ employer and the hirers of the Hong Kong Coliseum for failure to provide a safe working environment or fulfil industrial injury compensation obligations.

Sun added that the Labour Department’s investigation found that the dancers’ employer had not bought insurance for employees, or reported the injuries to the government in time.

As part of the police criminal investigation into the incident, officers on Friday arrested five people employed by the main contractor and a subcontractor which installed stage sets.

Lawmaker Vincent Cheng Wing-shun said the government had room to conduct more inspections on event organisers’ installations in the future.

He acknowledged that the authorities earlier had “some degree of trust” in the companies involved because no major incidents had happened before.

Tai Leung-sing, or Sai Ter on Instagram, one of the dancers at the Mirror concert, vented his frustration about the report’s findings on social media.

“Since this accident has already happened, if there aren’t any changes to the system, we will continue to bet on our lives,” he wrote.

“Performers will continue to bet on their lives at work. The more I know, the more chilling it gets.”

The Performing Industry Association said it was concerned that the recommendations would increase the cost and time needed for the preparation of venues.

The association added it was also worried that tougher rules would force the organisers of concerts by international performers to give up on Hong Kong.
Add Comment