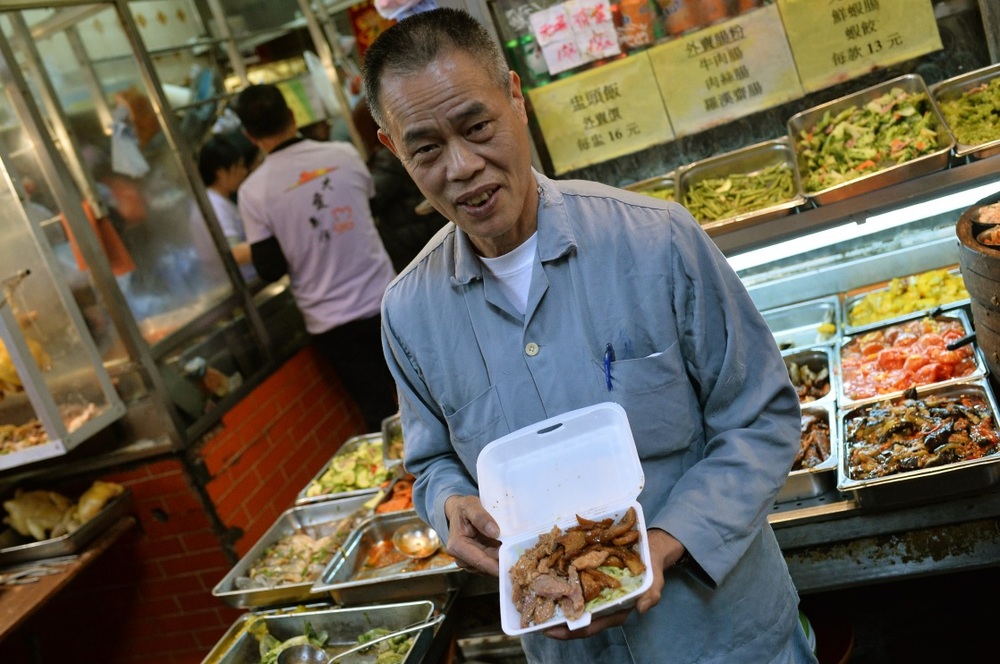 Ming Gor to get honorary fellowship after offering free meals

Chan Cheuk-ming, aka “Ming Gor,” who has offered free meals to the poor in Sham Shui Po for more than a decade, will be awarded an honorary fellowship by Hong Kong Metropolitan University.
The university will also award the fellowships to singer Agnes Chan Miling, as well as veteran hotelier Michael Li Hon-shing.

Chan started working in restaurants after his father died when he was 15 years old. He began running Pei Ho Barbeque Restaurant in 1983, which is best known for its tasty and low-cost meals.

In 2008, Mr Chan started collaborating with the Society for Community Organization to offer meal vouchers at an affordable price to the poor.

With the help of volunteers, he gives out free meals to the homeless, the elderly, and ethnic minorities every week.

Gradually, news about his philanthropy spread through the city and he became a household name for his benevolence. He set up a social enterprise, Pei Ho Counterparts, in 2014 to organize food giveaways.

Agnes Chan started her singing career when she was 14 years old and soon became well known not only in Hong Kong, but all over Southeast Asia.

Over the years, she has released more than 100 albums and CDs in several different languages and published more than 100 books. In 1998, she was appointed as the first ambassador of the Japan Committee for UNICEF.

He has been a frequent spokesperson in current affairs involving the hotel industry.
Add Comment