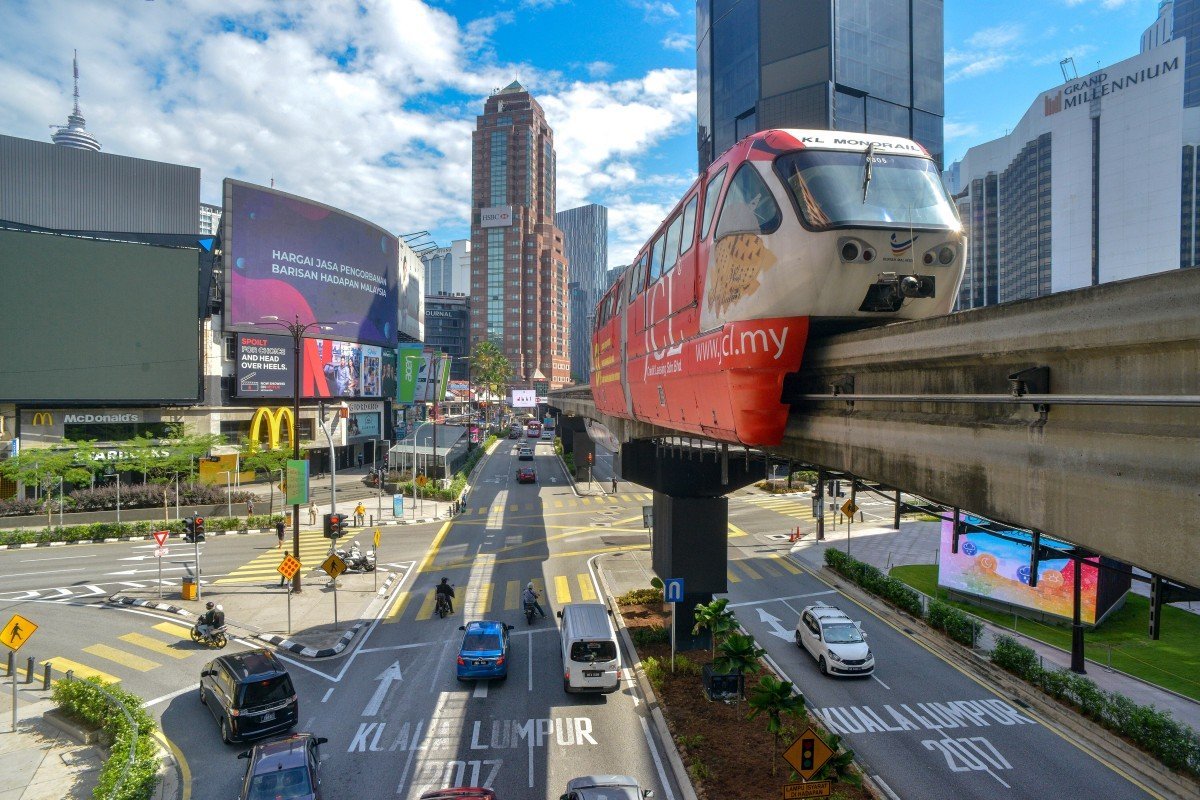 The sudden, unexplained decision to suspend the Malaysia My Second Home scheme is a blow for Hongkongers seeking respite from protests and the national security law.

Hong Kong businessman Craig Tong decided to migrate to Malaysia under its initiative to attract wealthy foreigners – known as Malaysia My Second Home or MM2H – last September, enticed by the education system and business opportunities.

The 37-year-old submitted his application to Malaysia’s Ministry of Tourism, Arts and Culture, which manages the scheme, in December. In February, after Hong Kong shut schools due to the Covid-19 outbreak, Tong pulled his four-year-old son out of kindergarten and made plans to transfer him to an international school in Puchong, about 21km from Kuala Lumpur. He also rented a 1,300 sq ft apartment nearby, paid a year’s worth of rent in advance and prepared to move this year with his son, wife and elderly mother.

He expected his application would be approved between July and October.

But, months later, Tong is still in Hong Kong,one of an estimated thousands of foreign nationals to have been affected by Malaysia’s sudden decision last month to temporarily suspend the MM2H programme. The government offered no explanation for its decision, other than saying it would suspend the processing of new visa applications and renewals of existing visas to“comprehensively review and re-evaluate the MM2H programme”. It said it would resume the programme next year. 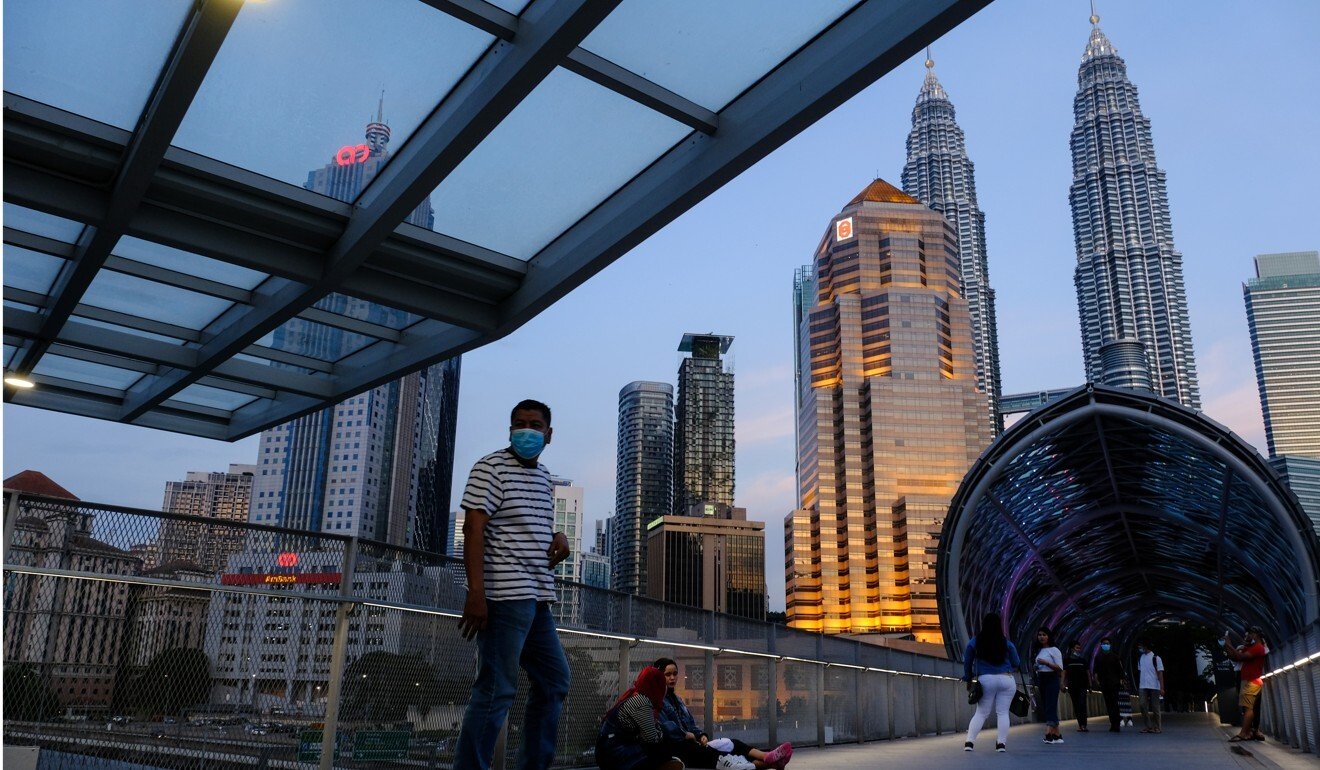 Pedestrians on the Saloma Link bridge in Kuala Lumpur, Malaysia.

Tong has since lost almost HK$66,000 in application and rental fees, as his apartment lease began last month. He felt like he was in limbo, unable to decide what to do next and worried that his son had no school to go to for the next few months.

“My son is staying at home doing nothing,” said Tong. “Should I get my son back to a Hong Kong school first, and when MM2H restarts then I stop school again? I don’t know what I should do.”

Tong’s experience is just one example of confusion and crises that foreigners on the MM2H visa have experienced since the Covid-19 pandemic prompted Malaysia to shut its borders in March.

Expats stuck in countries from Britain to India to Indonesia because of border closures and restrictions have shared their stories of being unable to return to their primary place of residence. The situation has not been helped by new entry restrictions that took effect on September 7, when the Malaysian government, fearing a rise in Covid-19 cases after getting the situation under control, placed entry restrictions on 23 countries with more than 150,000 cases – including Indonesia, the Philippinesand the United States. The restrictions include MM2H visa holders.

Among them are Hongkongers looking to migrate due to concerns over Beijing’s tightening grip on the city. Violent protests last year led to the introduction of a controversial national security law this year, handing sweeping powers to the authorities and threatening press freedom and judicial independence, critics have said. 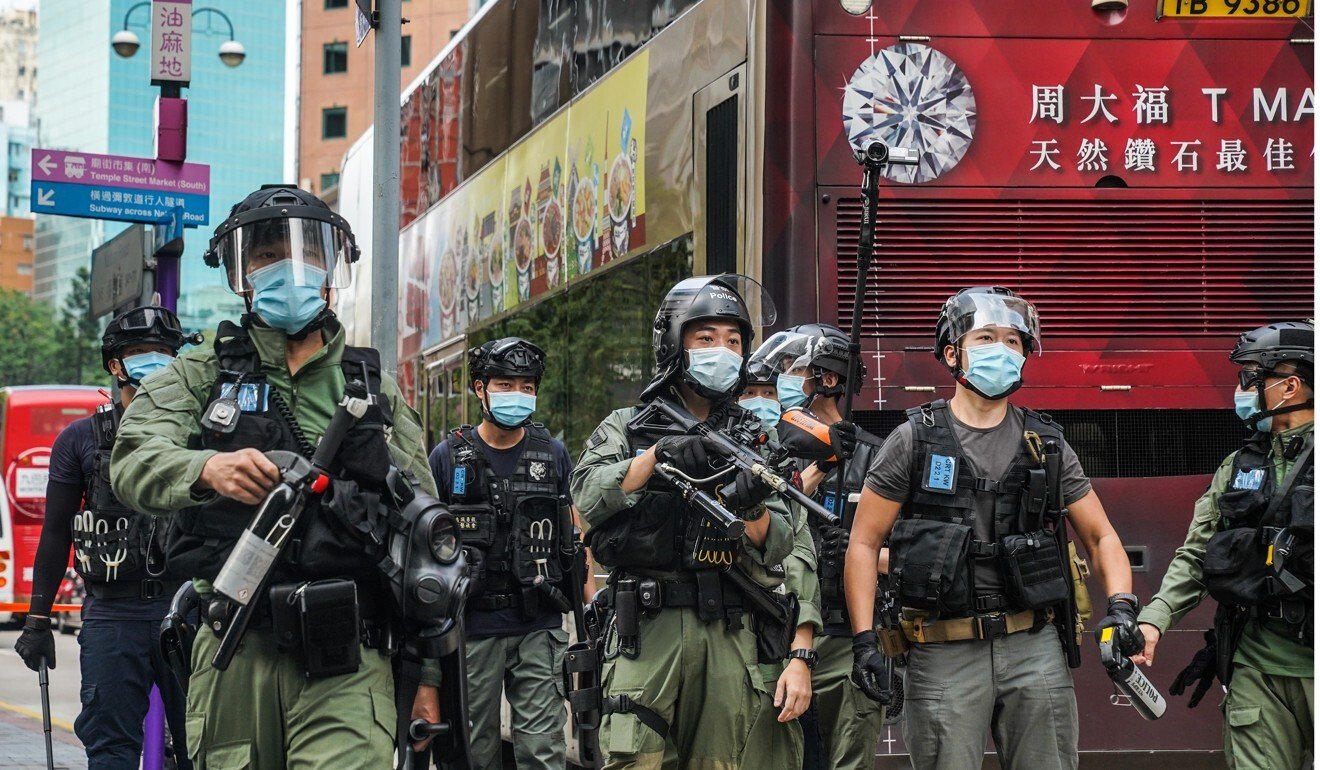 Riot police on the streets of Hong Kong.

Jessie Ong, director of Penang-based Overseas Living (MM2H), said she had seen at least a 50 to 60 per cent rise in the number of Hongkongers asking about the migration programme in her travel agency since the protests erupted in July 2019.

“After the protests, we are always getting phone calls from Hongkongers and they are able to decide quickly if the MM2H programme suits them. I can tell they are panicky about the situation, especially those who have kids,” she said.

Ong said an additional 30 to 40 per cent of her clients had proceeded with their MM2H applications since the protests began.

Ken Lee, a 49-year-old engineer living in Hong Kong, has serious thoughts of applying for the MM2H pass, citing retirement perks and letting his daughter, six, study in a relatively stress-free environment. Although he has not officially applied, he has been joining MM2H Facebook groups and watching YouTube videos to learn more.

“I tried to ask many consultants and found out that agents can’t even accept my application at this point,” he said.

“I was planning to travel to Malaysia during the summer holidays or Christmas to check out the environment, now I have to push it back to Chinese New Year or Easter. Now I can only research and get information based on what I see online.”

The MM2H programme was started in 2002 and was originally heavily promoted by the Malaysia Tourism Authority and the Immigration Department. The scheme offers foreigners multiple-entry resident visas that must be renewed every 10 years. They can buy property valued at 1 million ringgit (US$239,234) or more, and own vehicles but need a separate employment pass if they want to be actively involved in the day-to-day running of a business.

Between 2002 and 2018, 43,943 applications from 131 countries or territories were approved, of which 1,087 came from Hong Kong, ranking the city ninth in a list of the top 10. The scheme is most popular with people from mainland China and Japan.

But according to Malaysian My Second Home Consultants Association (MM2HCA), rejections spiked last September. Between September and November 2019, about nine in 10 MM2H applicants were rejected without explanation, according to the association. Before that, the rejection rate was around one in 10, it said.

“My agent has reviewed my documents and there were no problems before submission,” said a 50-year-old Hongkonger tour guide surnamed Chan, who failed to secure an MM2H pass when he applied last September.

“Now [following the suspension of MM2H], there’s no reason and no chance to appeal … all the time and money are lost and my confidence in the Malaysian government has reduced.”

Without concrete information on why the scheme was suspended, speculation among agents and applicants has grown as they play the waiting game, wondering if the government is rethinking the scheme.

Affected applicants fear the requirements will change, affecting their eligibility to migrate.

Ong has been trying to reassure her potential and existing clients, saying it is possible the government will offer more long-term incentives once the programme resumes. 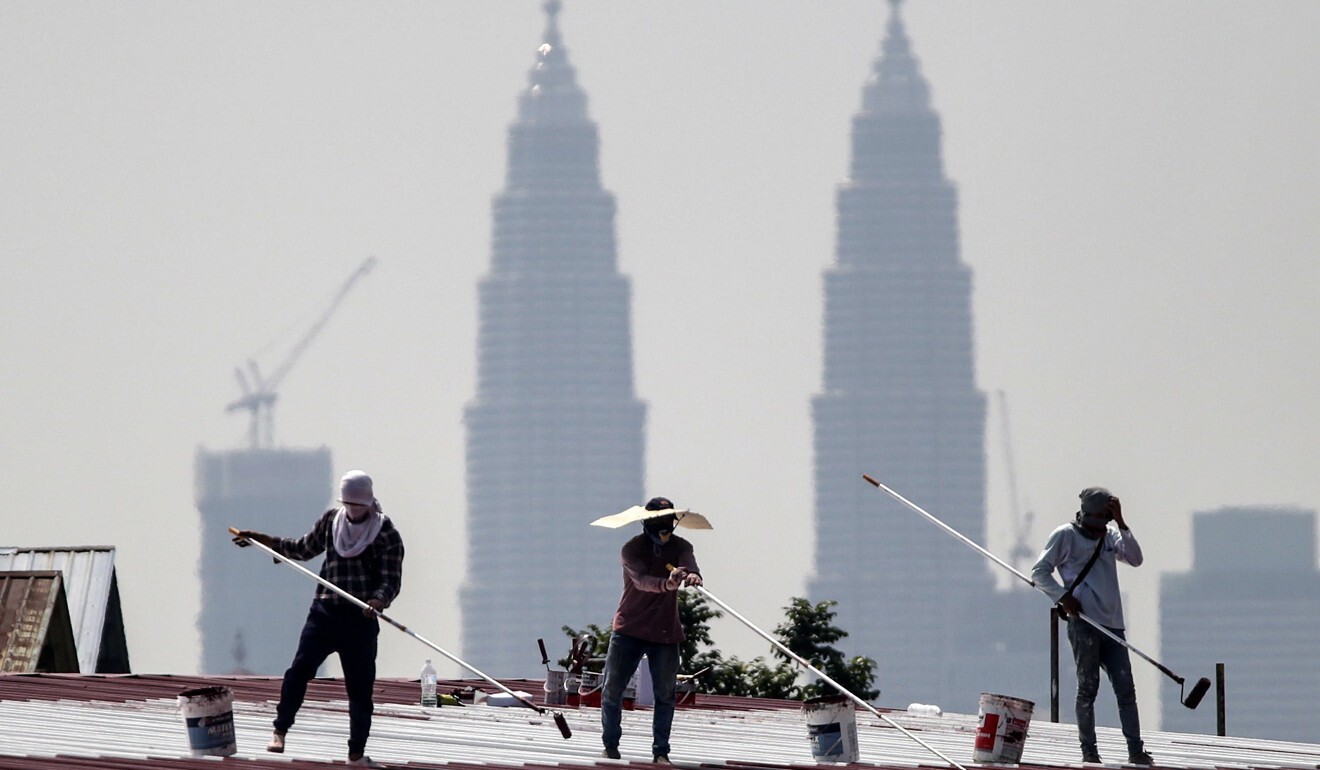 Construction workers paint a factory roof against a background of the Twin Towers of Kuala Lumpur.

A consultant for over two decades, she said she based her assessment on what happened previously. Malaysia used to have the Silver-Hair Programme to encourage wealthy retirees to settle in the Southeast Asian nation and when it transitioned to the MM2H scheme, it loosened the age restriction, from applying only to people older than 50 to all ages. The scheme now welcomes all nationals, as opposed to only Western Europeans and Japanese under the Silver-Hair Programme.

“Clients were initially worried they may not be eligible any more because of the extra costs or additional documentation. But after some explanation, they are more optimistic as they hope for long-term settlement and benefits,” she said.But other consultants like Sam Chan, managing director of VisaPro Immigration Consulting, are now discouraging clients from applying. Chan recommends alternative migration programmes, depending on the client’s needs.

“Without any reason and response, there’s no way to appeal. These kinds of rejection make everyone disappointed,” said Chan.

Despite the inconvenience, demand from Hongkongers seeking to settle in Malaysia may continue to rise. Although Tong has lost time and money, he still believes the programme can attract quality people and improve the country’s economic outlook.

He hopes the Malaysian government will be more transparent and improve communication with those affected by the suspension.

“With more information, at least we know what to do. We have invested so much, just like a business, and now you tell me I can’t come to your country. You have to let me know why.”