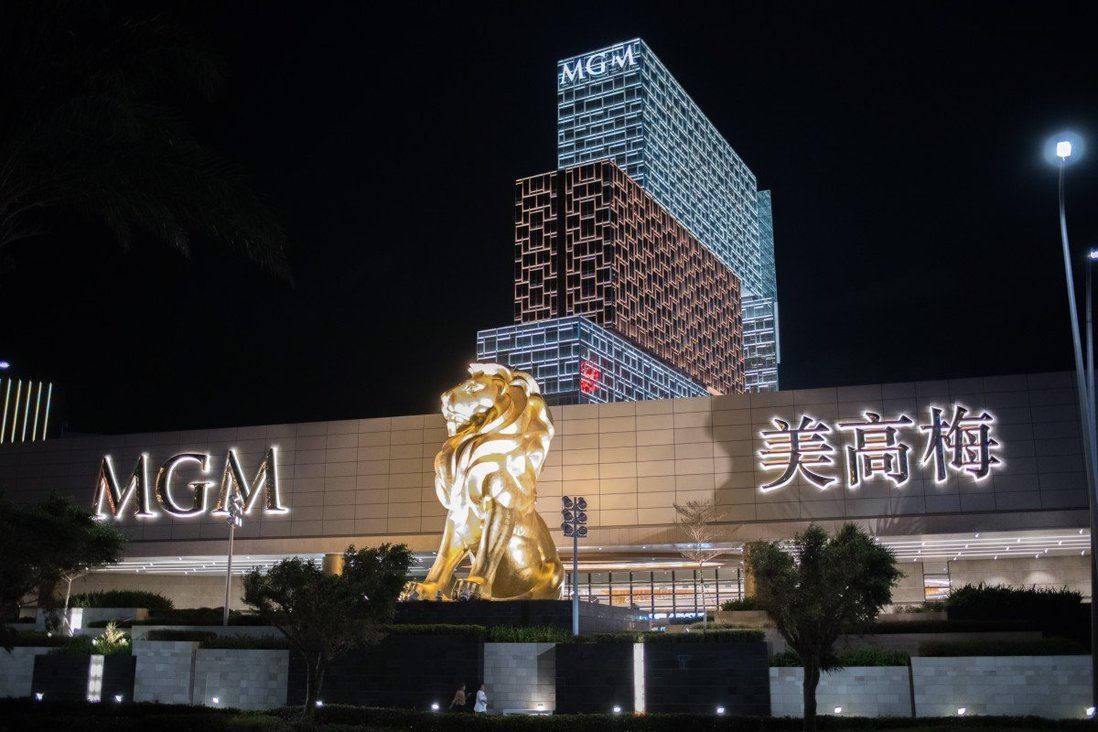 MGM China posted a better-than-expected 85 per cent in jump in full-year revenue and a turnaround in pre-tax earnings on Thursday, becoming the second Macau casino operator to post improved business performance year on year despite the ongoing Covid-19 pandemic.

The company, co-chaired by Pansy Ho Chiu-king, the eldest daughter of late Macau gaming magnate Stanley Ho Hung-sun, reported adjusted earnings before interest, taxation, depreciation and amortisation (Ebitda) of HK$390 million (US$48.7 million) for the full year ended December 31 2021, a turnaround from the negative adjusted Ebitda of HK$1.4 billion in 2020.

According to the results announced on the Hong Kong exchange on Thursday, the company’s gross gaming revenue from mass gaming grew 18 per cent quarter on quarter in the fourth quarter, outperforming the industry’s 13-14 per cent growth, according to JPMorgan. The contribution from its VIP gaming segment, however, fell 3 per cent in the quarter.

In the fourth quarter, the company, which is controlled by New York-listed MGM Resorts International, reported net revenue of HK$2.45 billion, an increase of 9 per cent quarter on quarter. Quarterly Ebitda including one-off bad debt expenses came in at HK$89 million, down 11 per cent from the previous quarter. With the one-off item, the Ebitda would have been HK$166 million, representing an increase of 66 per cent, according to Jefferies.

“We maintain our constructive view on Macau’s long-term gaming demand, while the near-term revenue will likely continue to be challenged by the combined factors of prolonged travel restrictions linked to Omicron or other new variants, and the closure of junket VIP rooms,” Jennifer Song, a Hong Kong-based senior equity analyst at Morningstar, said in an emailed response. “We think strong pent-up demand and China’s expanding prosperity will continue to support Macau gaming revenue’s recovery.”

The city recorded 31 per cent growth in visits to 7.7 million in 2021, which was, however, 80 per cent lower than in 2019 as a result of various travel restrictions and quarantine measures.

Sands China, the rival controlled by US-based Las Vegas Sands Corporation, late last month reported an Ebitda of US$338 million for 2021, against a figure of negative US$431 million in 2020. Galaxy Entertainment, SJM Holdings and Melco International have not yet reported their results.

Some analysts, however, said 2022 would remain challenging for casino operators because of the pandemic.

“2022 will be a difficult year for the sector given China, Hong Kong and Macau’s zero-tolerance Covid-19 policy will lead to stricter quarantines during outbreaks,” Andrew Lee, an analyst at Jefferies, said in the report released on Wednesday. “Licence renewal uncertainty is another overhang,” he added.

And while new licences would be concluded before their June 2022 expiry, Jefferies said the new licences still missed details such as dividend payouts and size of non-gaming investments.

Other analysts said the focus had shifted to a recovery in Macau, which remained dependent on government policies.

“We believe more clarity on the policy front shall be able to drive sector re-rating and MGM shall be able to narrow its valuation gap versus peers once its licence gets renewed,” Bank of America Merrill Lynch analyst Billy Ng wrote in a report on Thursday.

Risks included another significant Covid-19 wave, which could result in renewed or extended restrictions, rising competition in Macau, regulatory risk and slower-than-expected ramp-up, CLSA analysts led by Jonathan Galligan wrote in a report on Thursday.

On the other hand, upside potential for the gaming operator could come from faster-than-expected recovery in Macau and eased border controls, Galligan added.