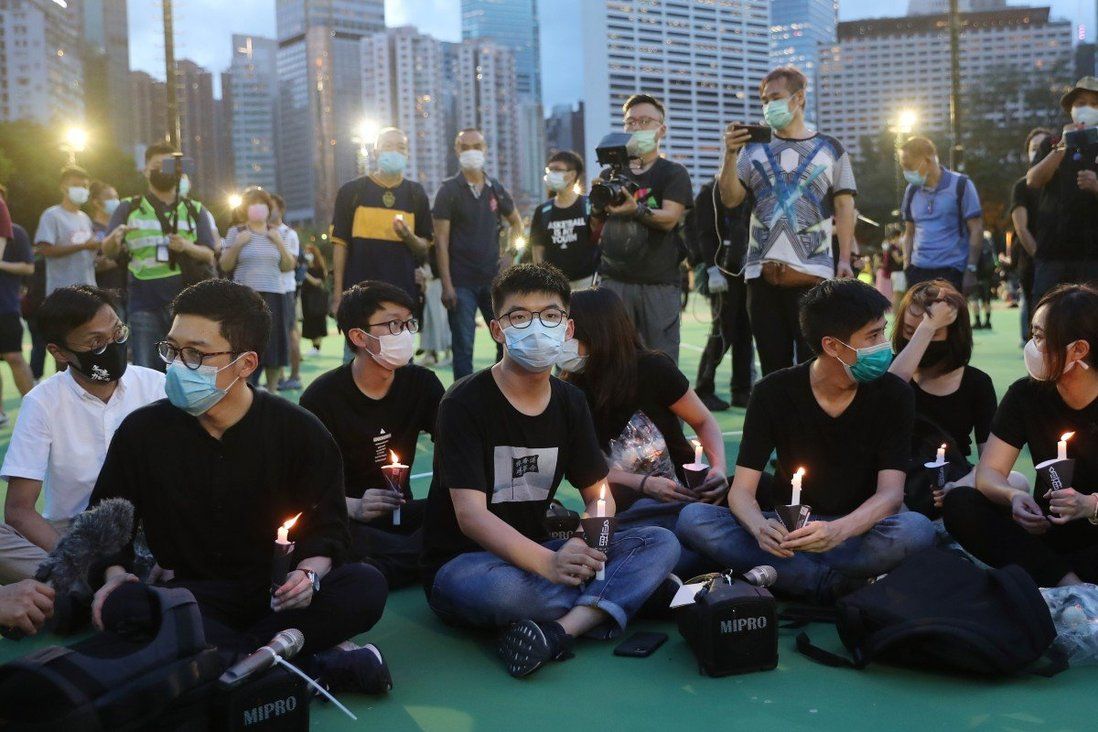 Six members of Hong Kong Alliance in Support of Patriotic Democratic Movements of China pleaded guilty over event in 2020 that had been banned by police on public health grounds.

Six members of the group behind Hong Kong’s annual Tiananmen vigil have been convicted of unauthorised assembly offences after pleading guilty over last year’s banned event.

The 12 were among 26 opposition figures charged with a total of 39 offences in connection with the candlelight vigil at Victoria Park on June 4.

Police banned the event for the first time in more than 30 years, citing public health concerns amid the coronavirus pandemic. This year’s event was also banned on the same grounds.

Eight others, including media mogul Jimmy Lai Chee-ying and alliance chairman Lee Cheuk-yan, were charged with one to three counts in connection with their roles in last year’s vigil. They have all pleaded not guilty and will stand trial in November.

All but Wong have completed their sentences, but Shum and Yuen remain behind bars awaiting trial under the national security law in relation to an unofficial primary election held last year.